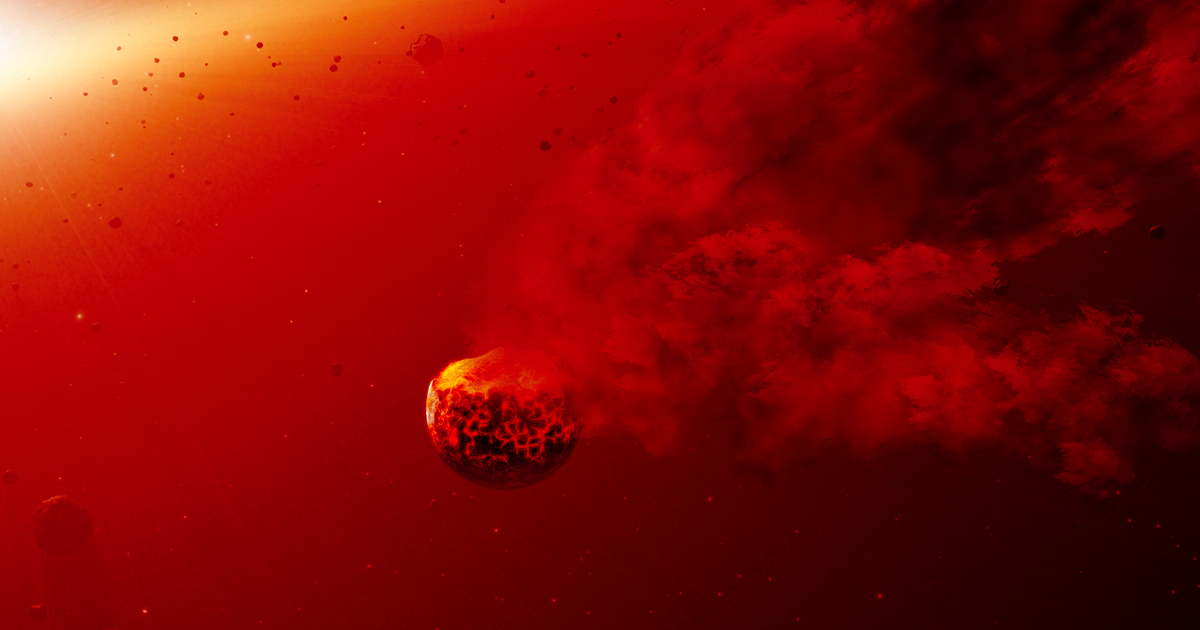 It could have leveled a city. Instead, it exploded far above the coast of Russia.

It could have leveled a city. Instead, it exploded far above the coast of Russia.

A meteor caused a massive explosion in Earth's atmosphere in December 2018, according to NASA's Jet Propulsion Lab (JPL). The fireball was so powerful that it released ten times the energy of the atomic bomb dropped on Hiroshima, BBC reports.

The explosion occurred over the Bering Sea, off Russia's Kamchatka Peninsula — an area so remote that no observers apparently saw or reported the blast. However, it was spotted by Japan's Himawari satellite. The U.S. Air Force also noticed the event, and notified NASA.

Some colour views of the #meteor that flew over the North Pacific in December 2018, taken by Japan's #Himawari satellite.
The meteor is really clear here - bright orange fireball against the blue + white background!

The fireball descended through Earth's atmosphere at a blistering 32 kilometers per second.

The explosion occurred 15 miles (25.6 km) above the surface and released 173 kilotons of energy. The Little Boy atomic bomb dropped on Hiroshima on August 6, 1945 exploded with the energy of 15 kilotons — enough force to turn most of downtown Washington, DC into rubble and severely damage concrete buildings, according to the Washington Post.

It's not the most powerful meteor blast JPL has recorded in recent years. An apocalyptic fireball released 440 kilotons of energy in February 2013 over Chelyabinsk, Russia.

Luckily, NASA is getting good at determining where and when meteors are likely to impact. In 2018, a tiny 9-foot asteroid called 2018 LA was expected to hit southern Africa — and it hit Botswana just, as expected, mere hours after discovery.

In 2016, Russian scientists toyed with the idea of retrofitting intercontinental ballistic missiles (ICBM) to target asteroids ranging in size from 20 to 50 meters that are at a dangerous proximity to Earth.

More on meteors and asteroids: Destroying Incoming Asteroids Might Be Harder Than We Thought