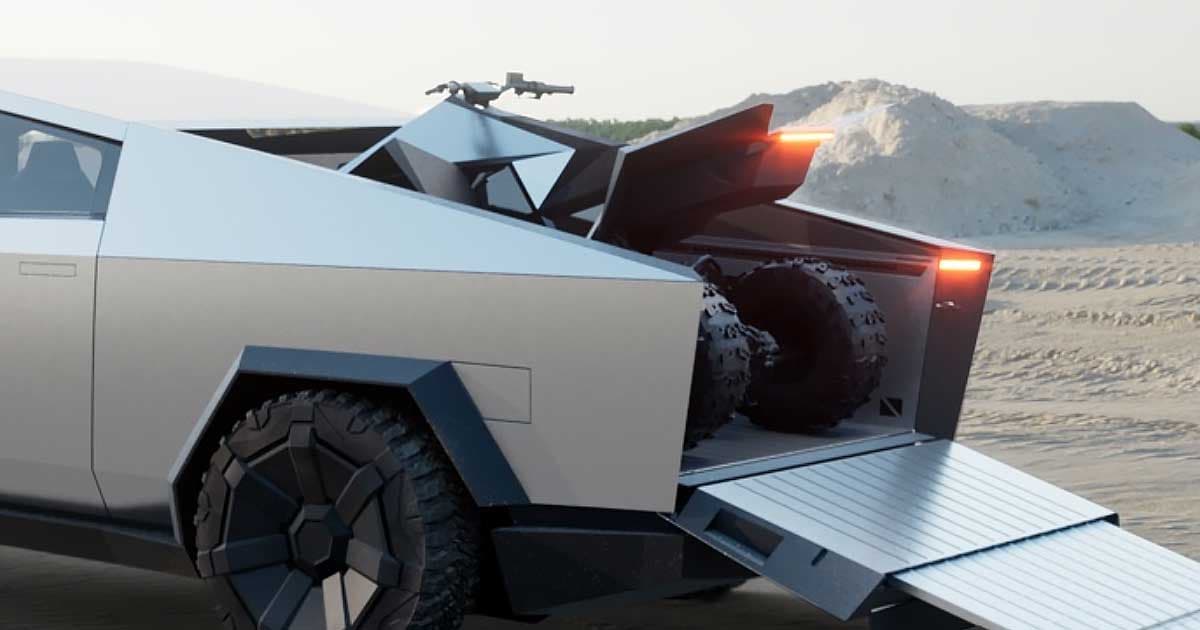 Elon Musk: Yes, You Will Be Able to Buy Tesla's Cyberquad ATV

But only if you also buy a Cybertruck.

But only if you also buy a Cybertruck.

On Thursday, Tesla unveiled its much-hyped Cybertruck, an all-electric truck with a distinctly, uh, futuristic look.

The unveiling didn't go quite as planned, but that didn't stop CEO Elon Musk from pulling a typical tech industry stratagem and announcing near the end of the demo that Tesla had "one more thing" it wanted to debut.

That turned out to be an electric all-terrain vehicle (ATV) capable of not only fitting in the bed of the Cybertruck, but also charging directly from it — and now, Musk has confirmed that, yes, you will have a chance to buy a Tesla "Cyberquad."

On Friday, Musk tweeted that the "Tesla 2 person electric ATV will come at first as an option for Cybertruck."

So now we know that the vehicle we saw Thursday wasn't just a one-off built for the demo and that it seats two people. However, Tesla has shared almost zero additional details about the ATV, meaning we still have no idea what it'll cost Cybertruck buyers or even what sort of range it has.

But hey, it definitely looks cool and if someone was on the fence about buying a Cybertruck, a companion ATV might be enough to compel them to slap down the hundred bucks needed to preorder one of the $39,900 monstrosities.

More on the Cybertruck: Tesla’s “Blade Runner” Cybertruck Is an Absolute Monstrosity