It's an abomination — but with a really compelling price tag. 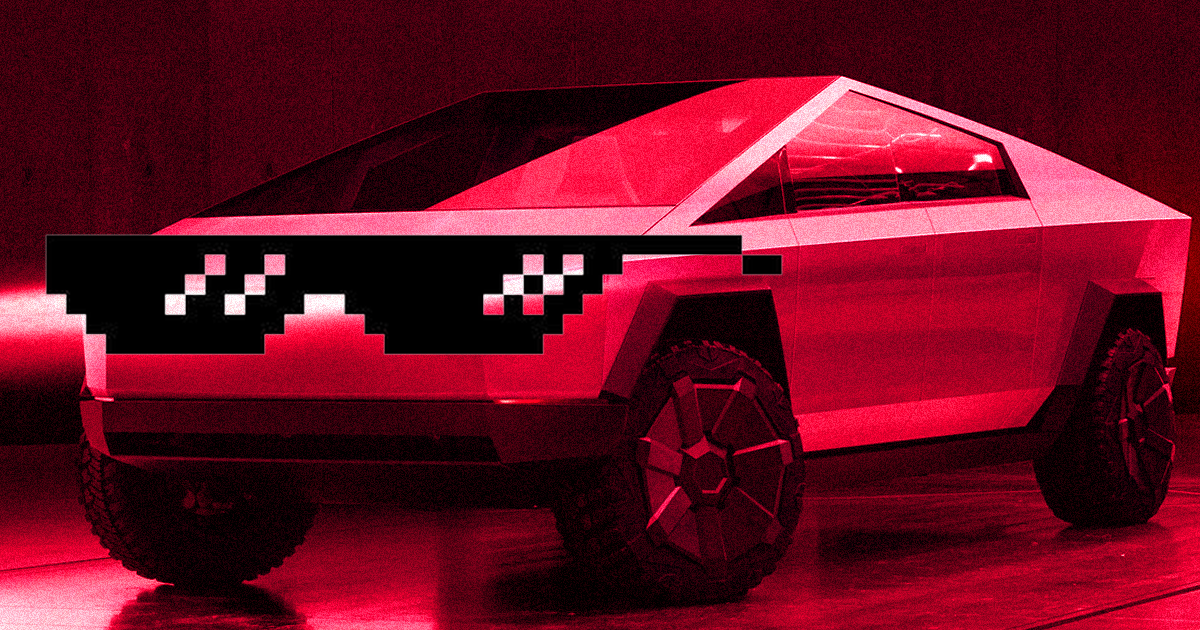 We all knew that Tesla's Cybertruck was going to be a monstrosity straight out of "Blade Runner" — Tesla CEO Elon Musk has been saying so himself for years.

What's more notable, in the sober light of day, is that its starting price of $39,900 is an absolutely killer deal — there's literally nothing else like it on the market.

In 2012, Musk tweeted that he "would love to make a Tesla supertruck with crazy torque, dynamic air suspension and corners like its on rails," a post that arguably aged like fine wine.

The jury is still out about the "corners like its on rails" bit, since we haven't even seen the lower-end models. While Sean O'Kane described the interior as "big and roomy" in a piece for The Verge, the high vantage point and odd shape of the car means it isn't going to outperform a Model S or 3 on the race track.

That doesn't mean the Cybertruck is a slouch. It can accelerate from zero to 60 in less than three seconds — faster than the Tesla Model 3 Performance (in 2018) and about on par with a 2016 Ferrari 488 GTB. A special F-150 variant that costs an additional $19,150 over base price clocks in at 3.9 seconds.

A comparable 2020 Ford F-150 may start at just over $30,000, but with a middling combined gas mileage in the mid twenties — you'll have to shell out for plenty of gas — plus options, the price will likely be much closer to the entry level Cybertruck in the end.

So what about durability? That's a big factor if TV ads for pickup trucks are anything to go by, right? " With hardy cladding and windows that will apparently be unsmashable in the, uh, future, it's a pickup that will more than likely stand up to the elements, whether on or off the road.

But there's a catch: while coverage of Tesla's Supercharger network is second to none, it's far less likely that future Cybertruck owners will have a charger station nearby when they're way out in the country side — and isn't that the whole point of this thing?

Tesla's track record, as far as quality control goes, is also far from perfect. It's still way too early to tell how sharp lines of "ultra-hard" and "cold-rolled" stainless steel will hold up to day-to-day use — especially outdoors.

It's also a departure from the usual aluminum construction we've seen in the Model S, X, and 3. Luckily, thanks to Musk, the company will likely get a pointer or two from his other company SpaceX — and the team there knows a lot about stainless steel.

So will it sell? Musk doesn't seem to care about that part.

"You know, I actually don’t know if a lot of people will buy this pickup truck or not," Musk told Recode in a November 2018 interview, "but I don’t care."

More on the truck: “A DeLorean Mated With a Pontiac”: Internet Reacts to Cybertruck