"We have used forms and proportions that express the same devotion to design, engineering and beauty that shape our cars." 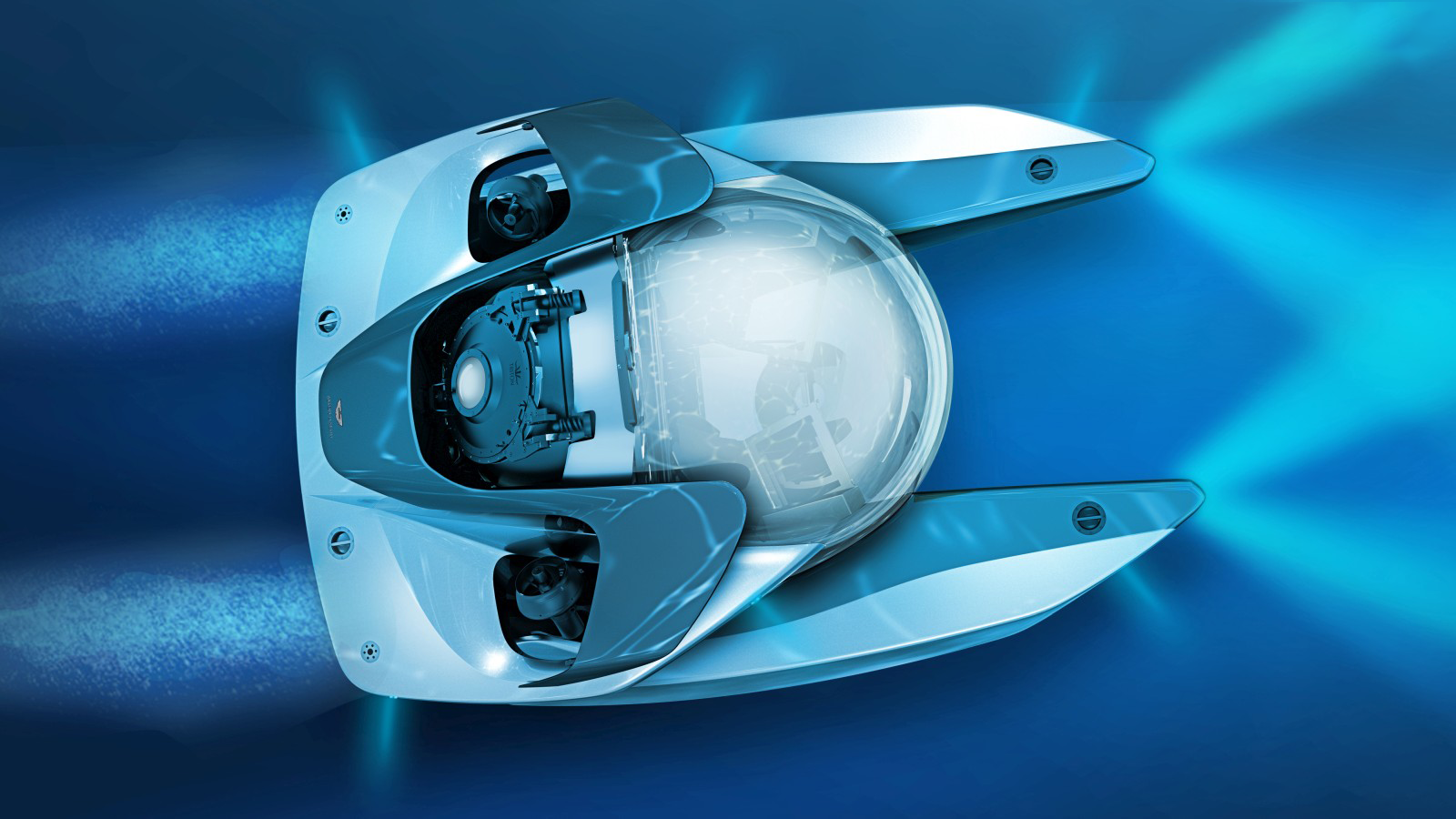 The name Aston Martin is often associated with luxury cars, but if the company gets its way, it will also be a company that designs luxury submarines.

This week, the company announced a new design for a luxury submersible vehicle it's currently calling Project Neptune. Designed in collaboration with submarine maker Triton Submarines, Project Neptune is meant to combine the best of Triton's diving and submarine operation experience with Aston Martin's luxury design and craftsmanship.

To ensure it truly captures the identities of both companies, the luxury sub will be based on one of Triton's existing three-person submarine platforms, which Aston Martin will use as a starting point to explore new designs and features. A concept image of Project Neptune depicts a sleek design, with a bubble-like cockpit at its center that provides a nearly 360 degree view.

"We have used forms and proportions that express the same devotion to design, engineering and beauty that shape our cars, such as the Aston Martin Valkyrie hypercar project," said Aston Martin executive vice president Marek Reichman.

The submarine isn't being built just yet, though, so it will probably be some time before we it's "periscope up" Project Neptune. When it does get made, however, it will be "an exclusive, strictly-limited edition vehicle." In other words, it won't be cheap — so you'll want to start saving up now.

Read This Next
Brands We Love
This Ultra-Advanced Electric Bike Offers the Best of All Worlds
14 Dead
Russian Sub That Caught Fire Possibly Sent to Cut Internet Cables
Bumper Drones
Cargo Drones Have One Problem: Not Crashing Into Things
Public Trust
Just 19 Percent of Americans Trust Self-Driving Cars With Kids
Riot Gearheads
New Toyota Patent Would Let Cars Spray Thieves With Tear Gas
More on Advanced Transport
Quelle Surprise!
Yesterday on the byte
Of Course Elon Musk Is Pushing The Cybertruck Back Again, What Did You Expect?
Stay Away
Wednesday on the byte
New SUV Features Electrified Door Handles and Pepper Spray Guns
No Fly
Monday on the byte
The TSA's Entire No Fly List Appears to Have Just Leaked
READ MORE STORIES ABOUT / Advanced Transport
Keep up.
Subscribe to our daily newsletter to keep in touch with the subjects shaping our future.
+Social+Newsletter
TopicsAbout UsContact Us
Copyright ©, Camden Media Inc All Rights Reserved. See our User Agreement, Privacy Policy and Data Use Policy. The material on this site may not be reproduced, distributed, transmitted, cached or otherwise used, except with prior written permission of Futurism. Articles may contain affiliate links which enable us to share in the revenue of any purchases made.
Fonts by Typekit and Monotype.