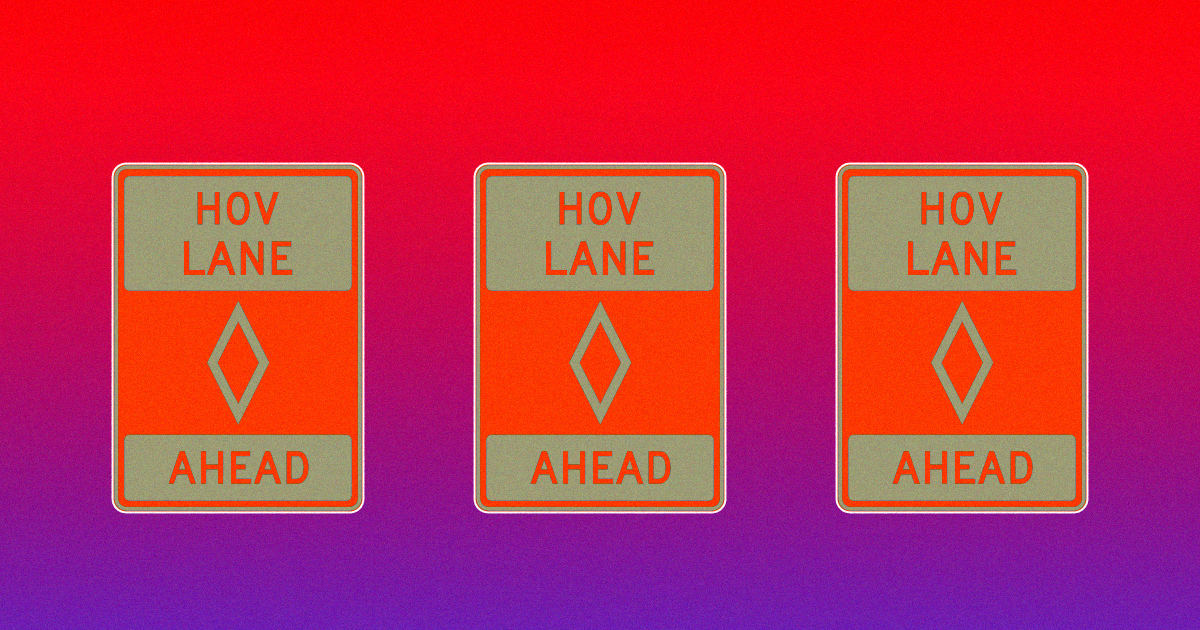 Advocates of self-driving cars argue that by taking error-prone humans off the streets, there’ll be fewer accidents and less traffic.

But a new study shows that that may not actually be the case, as roads full of autonomous vehicles could worsen road congestion and increase inequality in large cities.

The research, conducted by a nonprofit organization called the Union of Concerned Scientists, focused specifically on the impact autonomous vehicles might have on the Washington D.C. area.

Ultimately, the research suggests that introducing autonomous vehicles to the area would increase traffic by 66 percent, and that the added congestion would likely benefit the wealthy and take opportunities away from low-income communities.

“One way or another, this technology is coming. These cars are already being tested in cities,” Richard Ezike, the lead author of the study, said in an organization-published press release. “If we do not plan and set out thoughtful policies, driverless cars could exacerbate the challenges we see in transportation today — especially for underserved communities.”

The researchers argue that cities that introduce autonomous vehicles should also invest in public transit, to make sure that those who have longer commutes and would get stuck in the newly-introduced congestion can still find and make it to their jobs.

The report also suggested imposing a fine for any single-passenger autonomous vehicle trips to encourage carpooling and cut back on how many new vehicles will fill the streets.

“We need to think carefully about how we will integrate automated vehicles into our daily lives,” said Ezike. “We need to prioritize people, not vehicles, and craft strong policies to incentivize drivers and ride-sharing companies to use these vehicles in a way that reduces congestion, cuts emissions and promotes equitable access.”

Read This Next
Steering Wheels Coming Off
Automotive Lobbying Group Abandons the Term “Self-Driving”
Driving Himself Crazy
Watch Elon Musk Promise Self-Driving Cars “Next Year” Every Year Since 2014
Look Ma
It’s Shockingly Easy to Drive a Tesla Without Anybody in the Driver’s Seat
Shots Fired
Ford CEO Mocks Tesla For Rolling Out Half-Finished Autonomous Driving
Trolley Problem Enhanced
Tesla Bros Are Freaking Out Right Now About the New Full Self-Driving Beta
More on Advanced Transport
Bluetooth Hack
Yesterday on the byte
Hacker Shows Off Cool Trick for Stealing Teslas
Silly Satellite
May 15 on the byte
Russia Totally Screws Up Space Launch
Conversion Kit
May 13 on the byte
Guy Turns Tesla Model 3 Into Giant “Mad Max”-Esque Tank
READ MORE STORIES ABOUT / Advanced Transport
Keep up.
Subscribe to our daily newsletter to keep in touch with the subjects shaping our future.
+Social+Newsletter
TopicsAbout UsContact Us
Copyright ©, Camden Media Inc All Rights Reserved. See our User Agreement, Privacy Policy and Data Use Policy. The material on this site may not be reproduced, distributed, transmitted, cached or otherwise used, except with prior written permission of Futurism. Fonts by Typekit and Monotype.