And it may have been nuclear-powered, too. 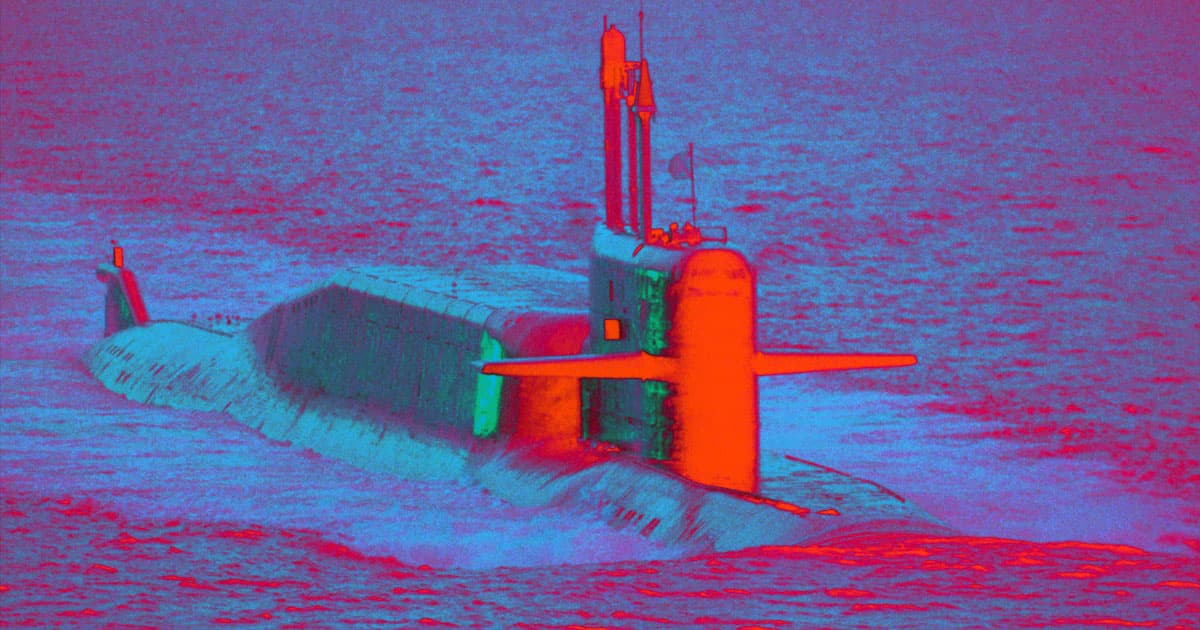 Image by U. S. Navy/Victor Tangermann

On Monday, a Russian submarine caught fire during a mission, killing 14 sailors on board.

But the public didn't find out about the incident until the next day, when Russia finally released a statement about the accident — though two days after the event, the nation still wouldn't say exactly what kind of sub caught fire or whether it was nuclear-powered.

A possible reason for Russia's caginess? Multiple sources are now claiming the sub was an AS-12 "Losharik," a nuclear-powered submarine some speculate was designed to cut the undersea cables that deliver internet to the world.

Russian media outlets RBC and Novaya Gazeta have both cited anonymous sources who claim the submarine was a Losharik, and while the sub has been in operation since 2003, Russia has never come out and declared its official purpose.

That hasn't stopped the U.S. and other Western officials from conjecturing about it, though.

For years, they've warned that Russia has been surveying undersea cables, and experts have called out the Losharik by name as possibly playing a role in future missions to disrupt those cables.

Of course, there's another possible reason for Russia's lack of openness about Monday's incident: if the Russian sub was a Losharik, that means a nuclear-powered craft just caught fire.

On Tuesday, Norwegian authorities reported that they hadn't detected any abnormal radiation in the area of the fire. But the fact that Russia itself hasn't released a similar statement is cause for serious concern, according to Russian news site The Bell.

"Nearly a day without information about the accident in a nuclear facility and the need to look out for Norwegian statements about the level of radiation should have given a shudder to those who remember the Chernobyl nuclear power station," the site wrote about the fire, according to Reuters.

Read This Next
Bumper Drones
Cargo Drones Have One Problem: Not Crashing Into Things
Tiltrotor Down
A "Tiltrotor" Helicopter May Replace the Army's Black Hawk
Futurism
Russian Defense Company Unveils One-Person Flying Car
Futurism
Aston Martin is Designing a Three-Person Luxury Submarine
Futurism
This 'Flying Car' Could Revolutionize Warfare
More on Advanced Transport
Out With a Bang
Tuesday on the byte
Driver Says His Ford F-150 Lightning Made a "Loud Boom" and Died When He Plugged It In
Deep in a Hole
Tuesday on the byte
Something Very Weird Is Going on at Elon Musk's Boring Company
Pizza Personnel
Nov 23 on the byte
Domino's Buying Hundreds and Hundreds of Electric Delivery Vehicles
READ MORE STORIES ABOUT / Advanced Transport
Keep up.
Subscribe to our daily newsletter to keep in touch with the subjects shaping our future.
+Social+Newsletter
TopicsAbout UsContact Us
Copyright ©, Camden Media Inc All Rights Reserved. See our User Agreement, Privacy Policy and Data Use Policy. The material on this site may not be reproduced, distributed, transmitted, cached or otherwise used, except with prior written permission of Futurism. Articles may contain affiliate links which enable us to share in the revenue of any purchases made.
Fonts by Typekit and Monotype.