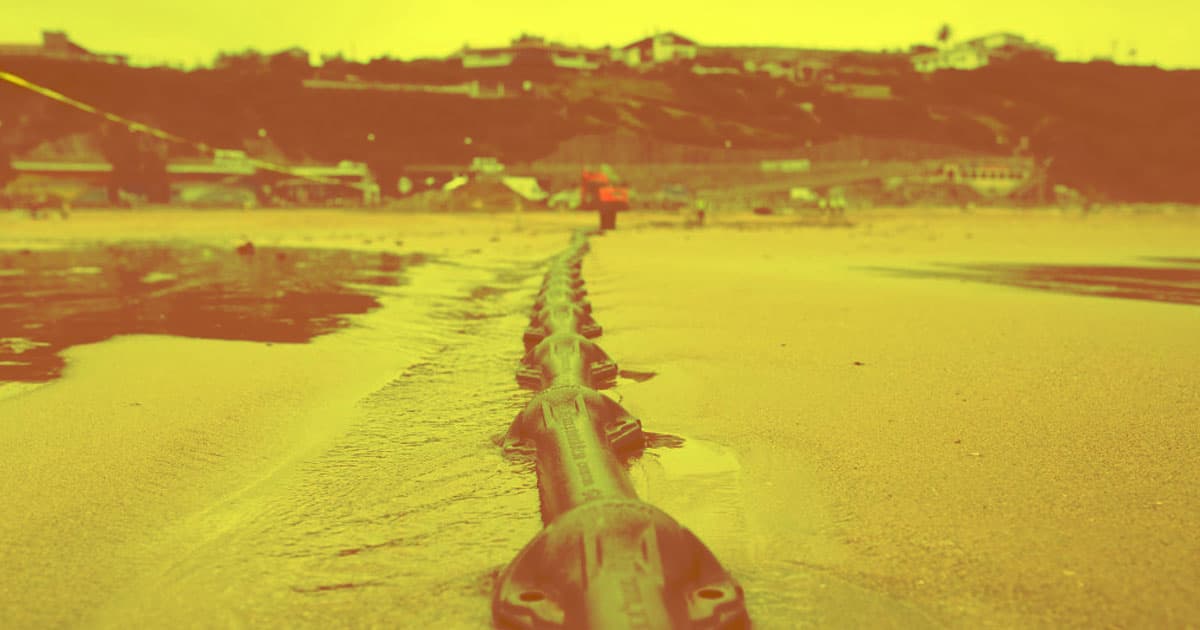 Google's Next Subsea Internet Cable to Connect Africa and Europe

The company claims "Equiano" will improve the continents' online infrastructure.

The company claims "Equiano" will improve the continents' online infrastructure.

The company is calling the cable "Equiano" and told Reuters that it expects the cable to be at least partially operational by some time in 2021, when a link between Portugal and South Africa will be completed. The project suggests that, just like Amazon and other tech giants, Google is working to cement its role as the basis for the world's digital infrastructure.

This April, Google completed its first international internet cable, which spans from Chile to Los Angeles, California. Next year, the company plans on finishing a transatlantic cable between France and the U.S., per Reuters.

Equiano is expected to be the first subsea internet cable that will incorporate optical switches at the fiber-pair level, which just means that the signals flowing through the cable will be delivered more efficiently than those through other cables.

More on internet cables: Microsoft and Facebook’s 4,000-Mile-Long Subsea Cable Has Been Completed

Thermostats? More Like Burnostats.
Honeywell: We Are Beating Everyone’s Ass at Quantum Supremacy
3. 3. 20
Read More
Quantum Supremacy
Here's Why Quantum Supremacy Matters
10. 24. 19
Read More
Three Things You Need to Know About Google's New Quantum Processor
3. 6. 18
Read More
+Social+Newsletter
TopicsAbout UsContact Us
Copyright ©, Camden Media Inc All Rights Reserved. See our User Agreement, Privacy Policy and Data Use Policy. The material on this site may not be reproduced, distributed, transmitted, cached or otherwise used, except with prior written permission of Futurism. Articles may contain affiliate links which enable us to share in the revenue of any purchases made.
Fonts by Typekit and Monotype.