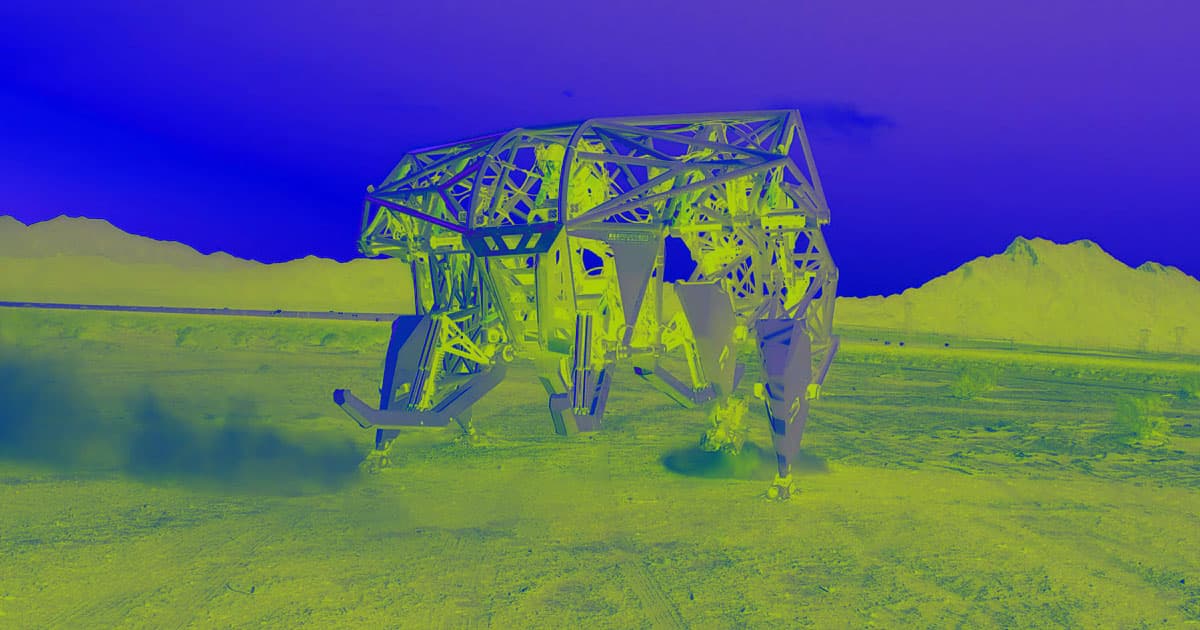 Amazon's Re:Mars AI Conference Was Like a "Cloud Computing Cult"

The event was packed with promotions for Amazon Web Services.

The event was packed with promotions for Amazon Web Services.

But the event, celebrated as a glimpse into the future of technology, may have actually been a thinly-veiled advertisement for the future of Amazon, according to The Verge. After walking the floor and attending the events, The Verge's James Vincent wrote that nearly every problem facing tech developers today had the same suggested solution: use Amazon's services.

No matter how sophisticated the showcased technology may have been, the glimmer of technological progress was largely overshadowed by – as ZDNet described – Amazon's attempt to position itself as an AI leader and a necessary business partner for anyone else developing AI.

No matter what big, lofty goals techno-optimists have for the future — whether its cleaning the oceans, improving crop yields, or settling the cosmos — an attendee would walk away thinking that Amazon Web Services, the company's web developer and cloud computing package, is the best way to get there.

"The answer to all of these questions was invariably the same: use AWS," wrote Vincent in The Verge. "This mantra was so consistent that it felt like we were being indoctrinated in a cloud computing cult."

Throughout the event, Bezos spoke at length about his goal to push humanity out into space, even joking about an Amazon warehouse on the Moon. As The Verge reports, the technology demonstrated through re:MARS was impressive, but all of it seemed singularly orchestrated to further Amazon's own technological conquest.

More on re:MARS: Amazon AI Conference is Meant to Inspire — And Boost its Reputation