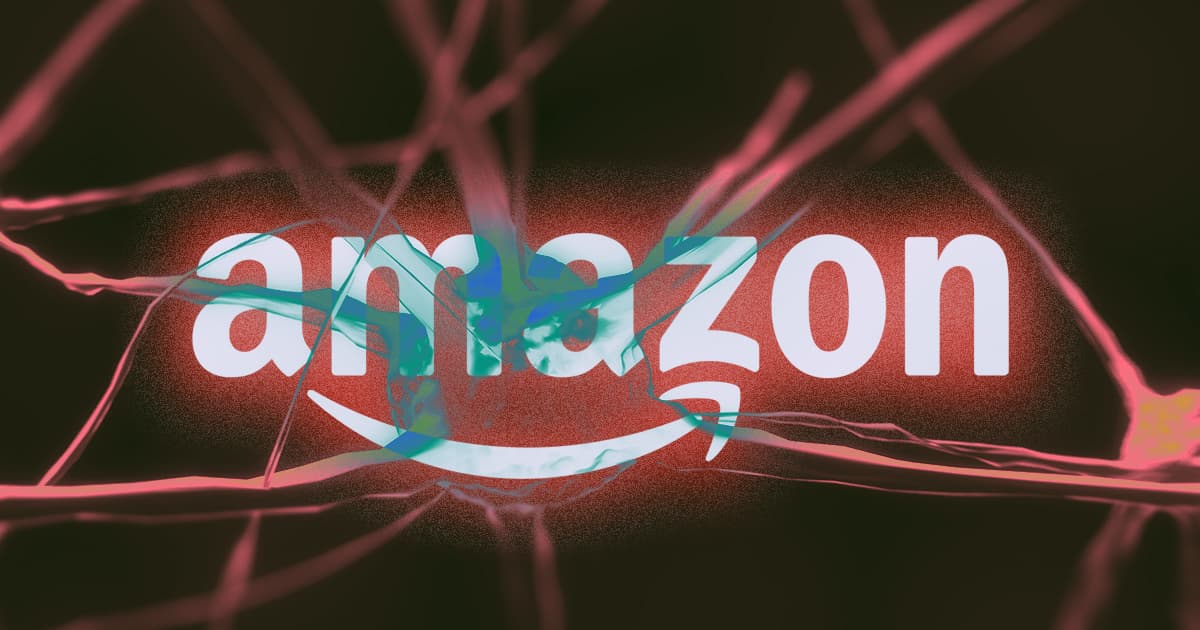 Amazon AI Conference Is Meant to Inspire — and Boost Its Reputation

Now, Amazon is launching a similar event for the rest of us: re:MARS, an AI-focused public conference featuring speakers, workshops, demonstrations, and roundtables.

But while Bezos told attendees at MARS that the event's success depended on whether they left feeling inspired, the success of this new Amazon conference could hinge on something else — whether it can help the retail giant counter the backlash it's faced for its own AI efforts.

According to an Amazon blog post, re:MARS will take place from June 4-7 at the ARIA Resort and Casino in Las Vegas, Nevada. Registration for the new Amazon conference opens in March, at which point the company will reveal updates on speakers, logistics, and other details.

That's also when Amazon plans to share the cost of tickets for everyone who isn't an astronaut — spacefaring folks get to attend free of charge, according to the post.

To hear Bezos tell it, Amazon's intentions behind re:MARS are altruistic — the company just wants to help the world reap the potential benefits of AI.

"We’re at the beginning of a golden age of AI," the blog post quotes Bezos as saying. "Recent advancements have already led to invention that previously lived in the realm of science fiction — and we’ve only scratched the surface of what’s possible."

"AI is an enabling technology that can improve products and services across all industries," he continued. "We’re excited to create re:MARS, bringing together leaders and builders from diverse areas to share learnings and spark new ideas for future innovation."

What Bezos fails to mention is the backlash Amazon has faced for its own efforts in the field of AI — the company has been on the receiving end of criticism from civil rights groups, politicians, and even its own employees and shareholders for selling its AI-powered facial recognition technology to law enforcement agencies.

Amazon's blog post does note, however, the company's plan to demo at re:MARS the "practical applications" of seemingly everything it's involved in featuring even a whiff of AI, including Alexa, Amazon Go, and Prime Air.

Perhaps the hope is that this new Amazon conference will help the company clean-up its AI reputation by showing the world it's doing far more with the tech than just helping police possibly breach citizens' civil rights — after all, if you're going to help usher in a sci-fi future, you probably want it to look more like The Jetsons than Nineteen Eighty-Four.

Poop Music
Genius Musicians Are Making Songs That Play When Children Yell "Poop" at Alexa
9. 3. 22
Read More
Fear Factor
Amazon Claims Rekognition Can Now Detect Fear
8. 14. 19
Read More
Radical Misuse
Police Are Using Facial Recognition Tech on Unconscious Suspects
5. 2. 19
Read More
+Social+Newsletter
TopicsAbout UsContact Us
Copyright ©, Camden Media Inc All Rights Reserved. See our User Agreement, Privacy Policy and Data Use Policy. The material on this site may not be reproduced, distributed, transmitted, cached or otherwise used, except with prior written permission of Futurism. Articles may contain affiliate links which enable us to share in the revenue of any purchases made.
Fonts by Typekit and Monotype.