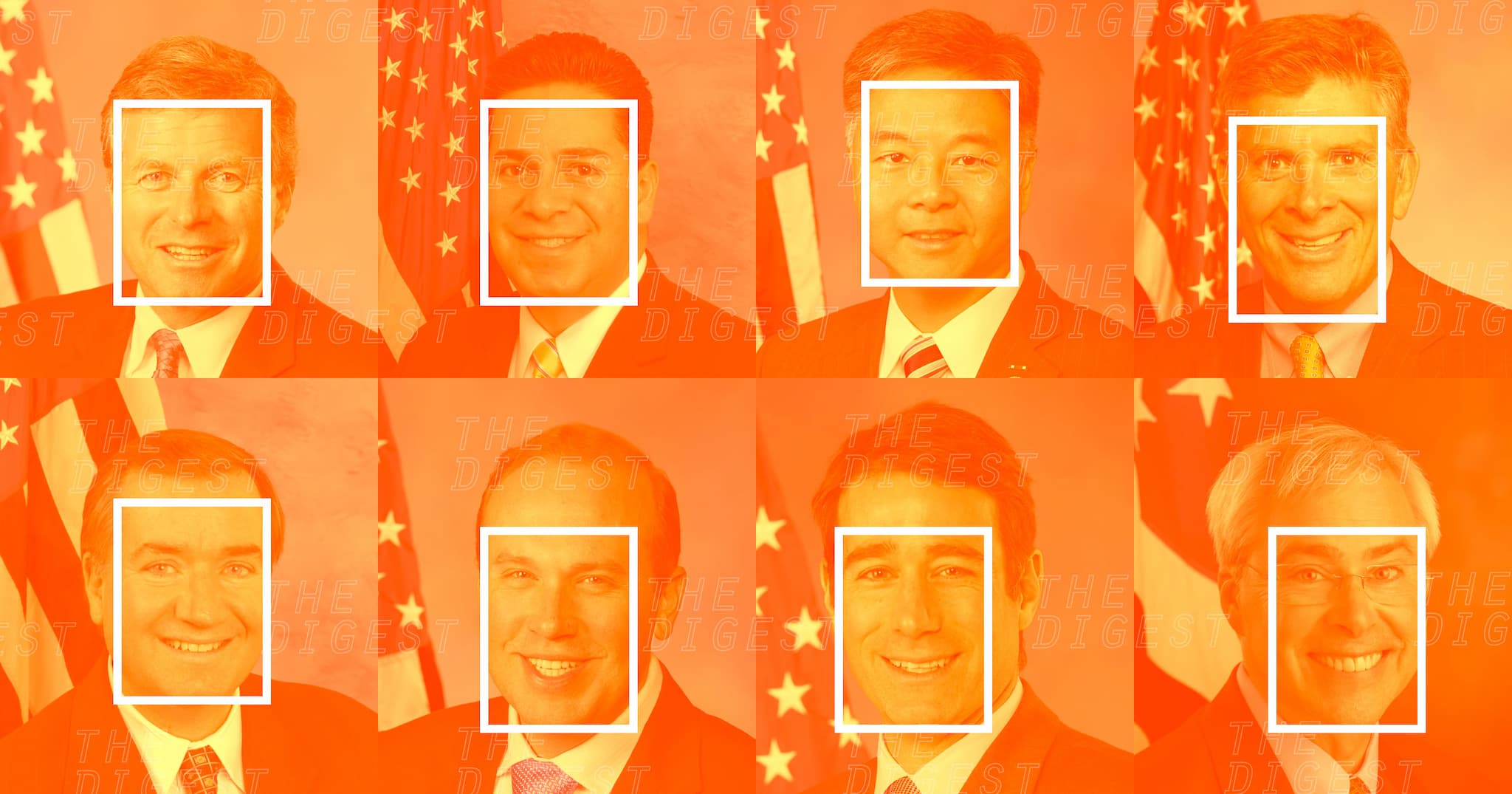 YOU ARE A MATCH. The American Civil Liberties Union (ACLU) just spent $12.33 to test a system that could quite literally cost people their lives. On Thursday, the nonprofit organization, which focuses on preserving the rights of U.S. citizens, published a blog post detailing its test of Rekognition, a facial identification tool developed and sold by Amazon.

Using Rekognition's default setting of 80 percent confidence (meaning the system was 80 percent certain it was correct when it signaled a match), the ACLU scanned a database of 25,000 publicly available mugshots looking to match them to photos of every sitting representative in Congress, in both the Senate and the House of Representatives.

Rekognition matched 28 Congresspeople to mugshots. It was wrong, but it found matches anyway.

THE POLICE AND P.O.C. Not only did Rekognition mistakenly believe that those 28 Congresspeople were the same people in the mugshots, the people it wrongfully matched were disproportionately people of color; while people of color make up just 20 percent of Congress, according to the ACLU, they accounted for 39 percent of the false matches.

"People of color are already disproportionately harmed by police practices, and it’s easy to see how Rekognition could exacerbate that," wrote the ACLU in its post. "An identification — whether accurate or not — could cost people their freedom or even their lives."

AMAZON'S RESPONSE. An Amazon spokesperson told The Verge that poor calibration was likely the reason Rekognition falsely matched so many members of Congress. “While 80 percent confidence is an acceptable threshold for photos of hot dogs, chairs, animals, or other social media use cases, it wouldn’t be appropriate for identifying individuals with a reasonable level of certainty,” said the spokesperson. They said Amazon recommends at least a 95 percent confidence threshold for any situation where a match might have significant consequences, such as when used by law enforcement agencies.

HALT! While anyone can use the system relatively cheaply (Rekognition, according to its web site, "charges you only for the images processed, minutes of video processed, and faces stored"), like the ACLU did, Amazon is actively marketing Rekognition to government and law enforcement agencies. Several are already using the service.

The ACLU isn't the only organization actively petitioning against this use; Amazon shareholders and employees have urged the company to stop providing Rekognition to government agencies. So have dozens of civil rights groups and tens of thousands members of the public.

So far, Amazon has not indicated that it plans to comply with these requests. But perhaps, if members of Congress see just how flawed the system really is, they'll be compelled to take action, placing a halt on any law enforcement use of facial recognition software, as the ACLU requests in its blog post.

More on Rekognition: Police Surveillance Is Getting a Helping Hand From…Amazon!

Poop Music
Genius Musicians Are Making Songs That Play When Children Yell "Poop" at Alexa
9. 3. 22
Read More
Stalker Aid
Experts Horrified by Facial Recognition Site That Digs Up "Potentially Explicit" Photos of Children
7. 19. 22
Read More
Not Cool
Google Contractors Tricked Homeless Black People Into Face Scans
10. 3. 19
Read More
+Social+Newsletter
TopicsAbout UsContact Us
Copyright ©, Camden Media Inc All Rights Reserved. See our User Agreement, Privacy Policy and Data Use Policy. The material on this site may not be reproduced, distributed, transmitted, cached or otherwise used, except with prior written permission of Futurism. Articles may contain affiliate links which enable us to share in the revenue of any purchases made.
Fonts by Typekit and Monotype.