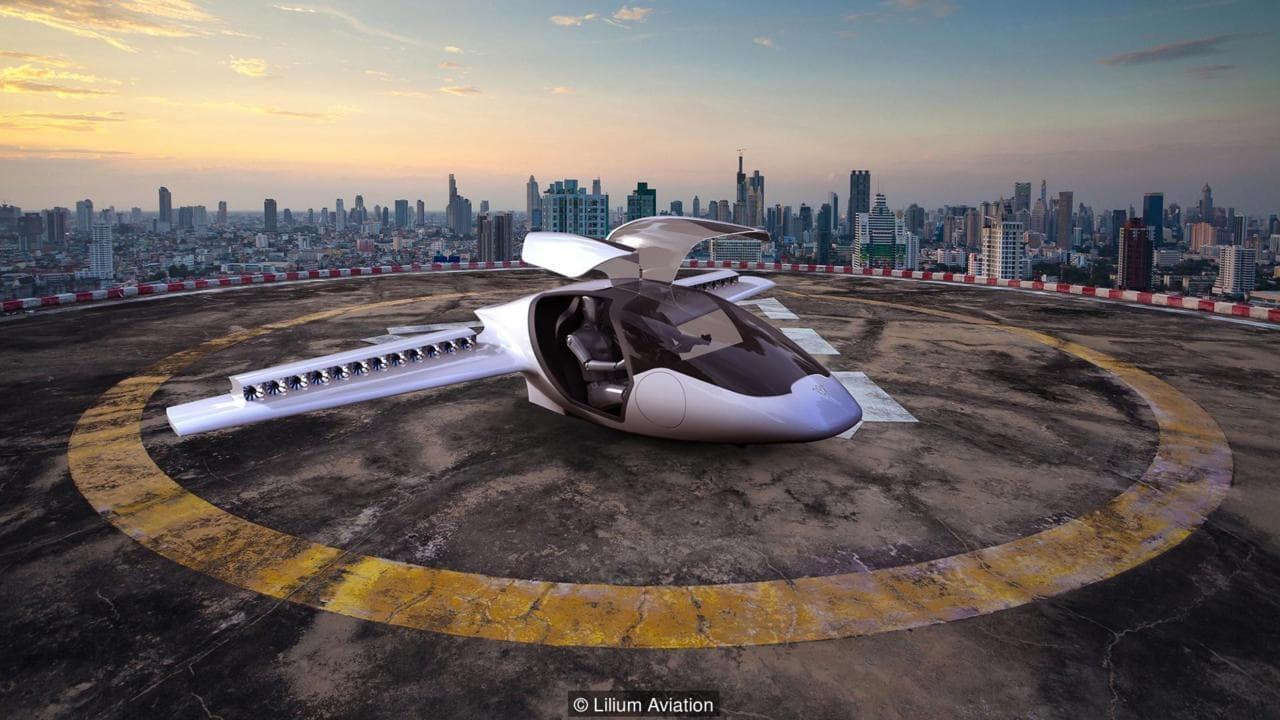 Flying cars might not have the most beautiful exteriors, nor are they the safest form of transportation, but for Atomico, a European venture firm, that doesn't matter. They're betting flying cars will take-off, not only literally but financially as well.

It's faith in this technology that has the venture firm investing 10 million euros in Lilium Aviation, a start-up aviation company that plans on bringing flying cars into reality.

The company's current prototype is the forth in a line of attempts. It boasts a lightweight frame that has a take-off weight of around 600 kilograms with a maximum payload of 200 kilograms. It's able to fly by using VTOL technology, which is also seen in some military fighter jets.

Instead of giant engines though, the flying car is able to lift-off vertically using 36 "directable, ducted electric fans." The vehicle is able to achieve flight by slowly turning the fans horizontally, with the wings and the fuselage generating aerodynamic lift. It has a maximum speed of 250 to 300 km/h (160 to 190 mph).

The flying car industry may not be taking off in the near future, what with several challenges standing in its way, including regulation issues and safety concerns. Lilium is confident however: “we looked into, when we designed the plane, that we can certify the plane with existing legislation,” says Daniel Wiegand from Lilium Aviation in TechCrunch.

It also has not stopped several other companies that are planning to bring flying cars to the market. Chinese company eHang has already unveiled a drone that can transport passengers. Other companies like Aeromobil and Terrafugia have opted for a more conventional flying car design – slapping wings onto an aerodynamic car/fuselage on wheels.

Whatever the best approach, flying cars are getting a lot of attention from investors that see their potential to reshape the future of transport. Who knows, traffic might become a thing of the past, as Lilium claims.

Read This Next
Air Ferry
Paris Will Use Electric Flying Cars to Get Passengers to the Olympics
Critical Flaws
Tesla Reportedly Sold Batteries It Knew Could Catch Fire
Shuttle Butt
We Took a Ride on NYC's First Self-Driving Shuttle
Green Flying Cars
Study: Flying Cars Could End Up Being Greener Than Electric Cars
Dangerous Autonomy
Video Shows Tesla Autopilot Steering Toward Highway Barriers
More on Advanced Transport
Quelle Surprise!
Yesterday on the byte
Of Course Elon Musk Is Pushing The Cybertruck Back Again, What Did You Expect?
Stay Away
Wednesday on the byte
New SUV Features Electrified Door Handles and Pepper Spray Guns
No Fly
Monday on the byte
The TSA's Entire No Fly List Appears to Have Just Leaked
READ MORE STORIES ABOUT / Advanced Transport
Keep up.
Subscribe to our daily newsletter to keep in touch with the subjects shaping our future.
+Social+Newsletter
TopicsAbout UsContact Us
Copyright ©, Camden Media Inc All Rights Reserved. See our User Agreement, Privacy Policy and Data Use Policy. The material on this site may not be reproduced, distributed, transmitted, cached or otherwise used, except with prior written permission of Futurism. Articles may contain affiliate links which enable us to share in the revenue of any purchases made.
Fonts by Typekit and Monotype.