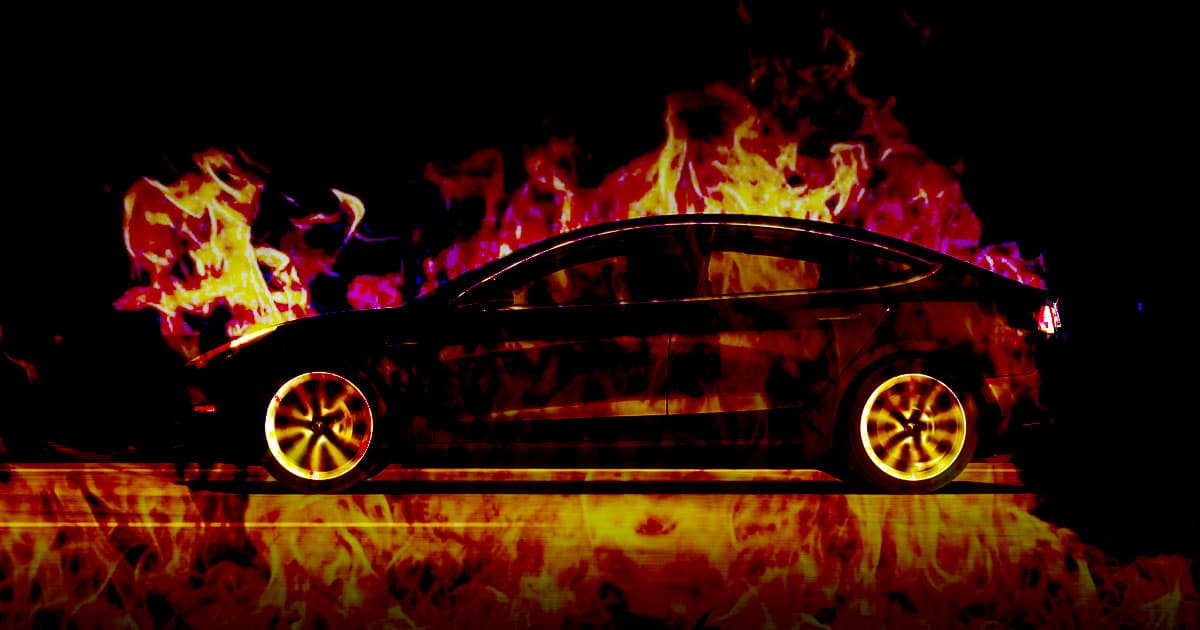 Alarming allegations against Tesla claim that the electric automaker sold cars with batteries that it knew could spontaneously combust, back in 2012.

That was the year that the company was in a frantic rush to meet production goals for the Model S, its first all-electric sedan. As Tesla sprinted to get the Model S out the door, trouble emerged on the production line, Business Insider reports: Its battery-cooling system occasionally cracked and leaked, a problem that could make batteries short or even explode.

Tesla knew about the problems, according to internal documents and sources familiar with the matter who spoke to BI. And yet it sold the cars anyway.

Tesla manufactured several Model S components out of an aluminum that was particularly susceptible to cracking, according to the investigation. When it cracked and coolant spilled onto a battery pack, it would eat away at the batteries, rendering them useless or potentially triggering a dangerous explosion. The kinds of battery coolant used by electric automakers leaves behind a flammable residue as it evaporates, making it a serious fire hazard.

"When we disassembled the Tesla Model X, a technician accidentally spilled coolant in the battery pack, and it sat there for a long time," Jason Schug, former automotive engineer and current vice president of the automotive consulting firm Ricardo Strategic Consulting, told BI.

"There was no immediate danger, but when we removed the battery modules, quite a while later we found a lot of corrosion on the battery cells, and it was bad enough that some of the cells were leaking electrolyte," he continued. "If this were to happen in the field and go unnoticed, it could result in bricking the battery."

Internal documents reviewed by BI show that Tesla knew about the cracking parts and that employees were sharing concerns about them even while Model S vehicles were being delivered to customers.

Tesla appears to have attempted to cover the flaw, currently under investigation by the National Highway Transportation Agency, by patching the cars' software to limit how far they could travel on a single charge after multiple reports of spontaneous combustion.

To be fair, the breakneck speed at which Tesla rolled out the Model S — the automaker's future depended on its success — made technical flaws inevitable.

"Every part of the vehicle [Tesla designed] was breakthrough innovation, so it was almost guaranteed there would be serious production problems," University of Michigan industrial and operations engineer Jeffrey Liker told BI.

But BI reports that the flaws could have been avoided. The company commissioned third-party testers to check its cooling system — but according to employee testimony, Tesla ignored the results when they revealed troubling weaknesses.

"When you're launching a new component, there's always going to be difficulties and issues on line during first launch and especially when you're Tesla and you're asking your vendors to launch with a limited R&D," a former employee who left Tesla in 2014 told BI. "We did have problems with it leaking."

READ MORE: Tesla knew its Model S battery had a design flaw that could lead to leaks and, ultimately, fires starting in 2012. It sold the car anyway. [Business Insider]