Warren Buffett: "Electric Cars Are Very Much in America's Future"

American automakers may innovate all on their own 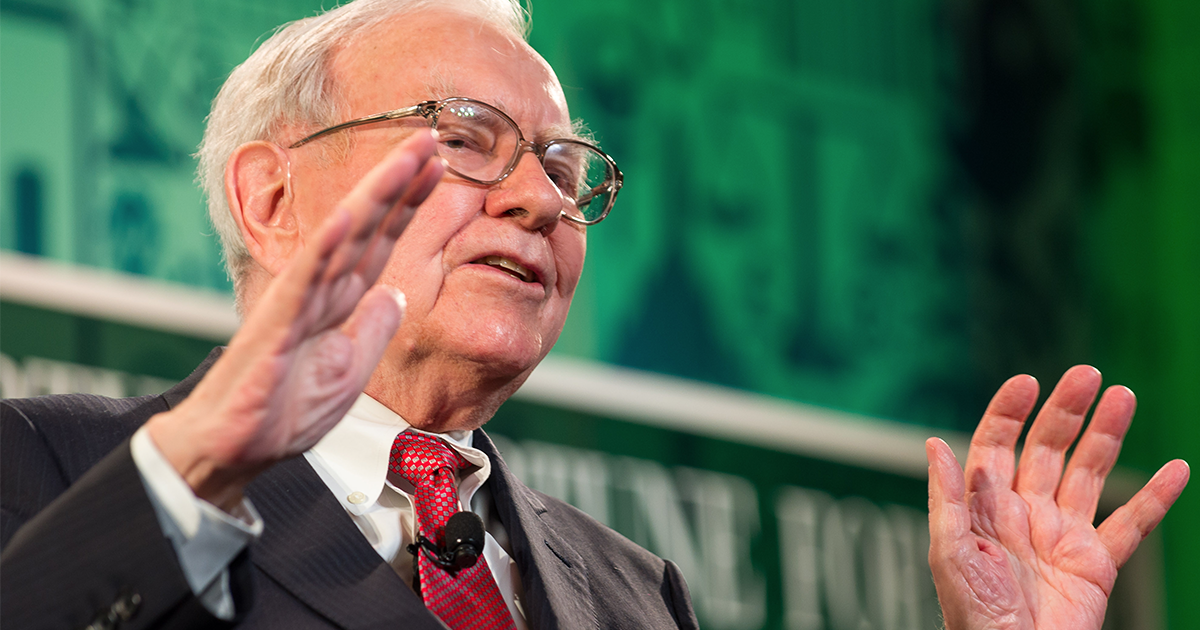 Image by Credit: Stuart Isett/Fortune Most Powerful Women via Flickr

With tax credits for buying an electric vehicle going away and some of America's most powerful corporations working hand-in-hand with the fossil fuel industry, it may be hard to fathom electric cars ever overtaking their gas-guzzling counterparts.

But in billionaire investor Warren Buffett's opinion, a proliferation of electric cars is almost inevitable.

"I think you're gonna have a lot of people pushing electric cars in the United States, even if the subsidy is going away," Buffett said during an interview with CNBC's Joe Kernan. "I think electric cars are very much in America's future, much sooner than autonomous driving."

When it comes to how to get to that future, Buffett thinks that American automakers will innovate all on their own — he told CNBC that letting the market run itself without government assistance would get us there faster.

"I think there's a pretty concerted industry effort, from what I hear," Buffett said. "I think we're going in that direction, and I think you'll see American companies quite aggressive in that field."

Buffett acknowledged and celebrated China's massive push for ecologically-friendly technology like electric cars during the interview, but maintained that government subsidies won't be necessary Stateside. Rather, he told CNBC that he thinks that car manufacturers will shift to electric of their own accord.

"I'm all for the Chinese doing what they're doing in terms of the planet," Buffett said. "It’s a good thing, so I cheer 'em for doing it. I don't think we'll need to do it in the United States."

More on electric vehicles: California Is Installing Chargers for a Type of Electric Car That Doesn't Exist Yet

Read This Next
Charged Up
Startup Says Amazing New Battery Lets EVs Drive 400 Miles, Recharge in 15 Minutes
Car Pile Up
Tesla Is Absolutely Spraying Out Cars
Sun Power
Startup Says Its Solar Upgrade for Teslas Adds 60 Miles in Range per Day
No Parking
Condo Association Bans EVs From Parking in Garage, Saying They Pose Fire Risk
Real American eMuscle
Dodge Says It's Only Making an Electric Car Because the Performance Is So Good
More on Advanced Transport
Netflix and Drive
Monday on futurism
Mercedes Claims to Have Achieved Level 3 Automation, Beating Tesla
Battery Trouble
Monday on the byte
Tesla "Spontaneously" Bursts Into Flames While Driving Down Freeway
High Tide
Jan 27 on the byte
We’re in Awe of Amsterdam’s Huge Underwater Bike Parking Garage
READ MORE STORIES ABOUT / Advanced Transport
Keep up.
Subscribe to our daily newsletter to keep in touch with the subjects shaping our future.
+Social+Newsletter
TopicsAbout UsContact Us
Copyright ©, Camden Media Inc All Rights Reserved. See our User Agreement, Privacy Policy and Data Use Policy. The material on this site may not be reproduced, distributed, transmitted, cached or otherwise used, except with prior written permission of Futurism. Articles may contain affiliate links which enable us to share in the revenue of any purchases made.
Fonts by Typekit and Monotype.