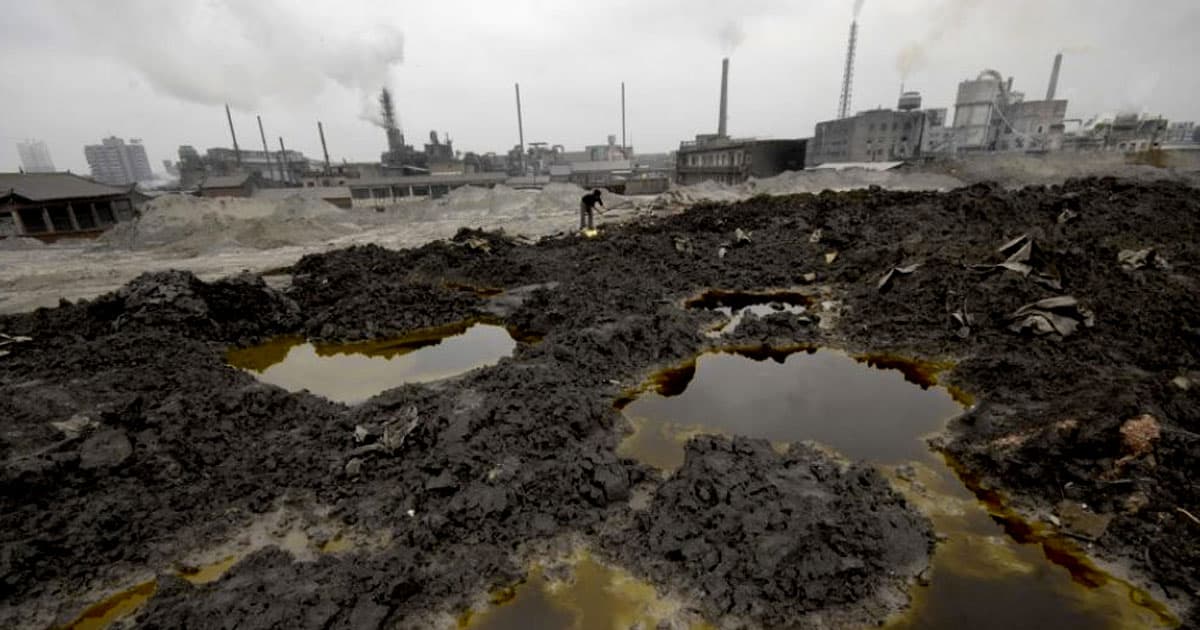 "We have to win the war against air pollution, no matter what happens."

"We have to win the war against air pollution, no matter what happens."

A government official in China said on Monday that the country is planning new punishments for local officials who don't meet goals to decrease air pollution, according to Reuters — the latest sign that the country is serious about improving its environmental track record.

"For those who failed to meet the targets, we will hold them accountable publicly and local governments will need to come out with detailed punishment measures," Liu Bingjiang, an official at China's environmental ministry, said according to the news service.

After the media zeroed in on the horrifying smog choking China's cities about five years ago, the nation declared a "war on pollution" designed to fight climate change and improve air quality.

China set ambitious goals, according to Reuters, that included cutting the concentrations of dangerous pollution-linked particulate matter in 338 cities. In some areas, government representatives have become suspicious that local officials are looking the other way as polluters continue to ignore new rules.

In addition to punishing offending officials, China is also planning to role out new emission standards in the steel and coal industries.

"We have to win the war against air pollution, no matter what happens," Liu said, according to Reuters. "There is no leeway for us and we will not retreat."

READ MORE: China Vows No Leeway for Underperformers in War on Pollution [Reuters]

Fusion Force
China Announces Plan for Hybrid Fission-Fusion Power Facility
9. 17. 22
Read More
Dam Straight
China Says It's 3D Printing a 590-Foot Hydroelectric Dam With Zero Human Labor
5. 11. 22
Read More
Circle of Life
Hooray! The Great Pacific Garbage Patch Has Become a Thriving Ecosystem, Scientists Say
5. 1. 22
Read More
+Social+Newsletter
TopicsAbout UsContact Us
Copyright ©, Camden Media Inc All Rights Reserved. See our User Agreement, Privacy Policy and Data Use Policy. The material on this site may not be reproduced, distributed, transmitted, cached or otherwise used, except with prior written permission of Futurism. Articles may contain affiliate links which enable us to share in the revenue of any purchases made.
Fonts by Typekit and Monotype.