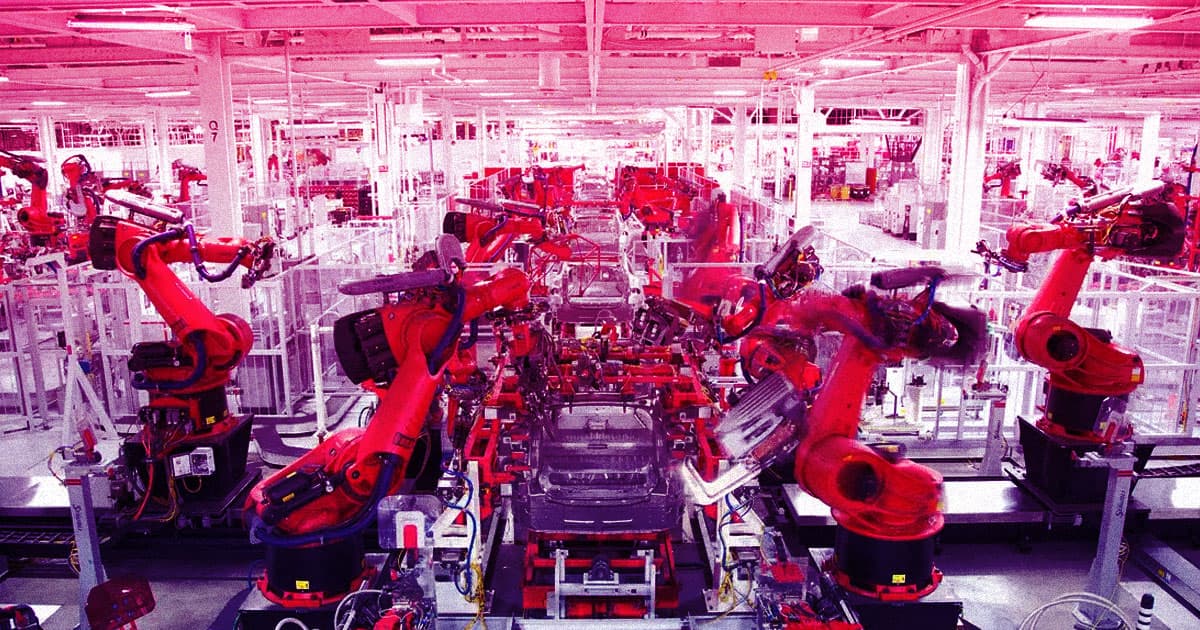 Last month, Tesla decided to reopen its factory in California a week before it struck an agreement with the local county's health department, in defiance of the lockdown.

A short time later, several employees were instructed to stay at home after testing positive for the coronavirus, The Washington Post reports.

Last month, as the pandemic raged, CEO Elon Musk had what amounted to a complete online meltdown over the halting of production at his company's factory in Alameda County. He repeatedly lashed out via social media, tweeting "FREE AMERICA NOW," and calling quarantine measures "fascist" — moves he may have come to regret, at least to a degree.

On May 18, Alameda County agreed on a plan for Tesla to reopen its plant, but with social distancing and other precautions in place. Employees had to work in shifts, wear masks, and limit contact with each other — and Tesla had to report any coronavirus cases to the authorities.

But Tesla had already restarted operations a week before that, with Musk joining the frontlines, meaning there could have been more new coronavirus cases at its plant during that one week period before it was required to report them, the Post suggests.

A Tesla spokesperson, however, told the newspaper that nobody tested positive during that time — though they also said that if a worker was not a resident of the county, "it’s possible we would not have that case reported to us."

Extra health and safety measures seem to have had a pretty minimal effect on daily operations, according to several workers who spoke on the condition of anonymity with the Post.

"No social distancing at all when clocking in/out [because] people are … in a hurry to go home or get back to their work station," one worker told the paper. "It’s like nothing but with a mask on."

Read This Next
Absent CEO
Tesla Investors Furious at Elon Musk for Vanishing During Crisis to Play With Shiny New Twitter
Stay Away
Tesla Is Having Extreme Trouble Hiring, for Some Reason
Butcher Shop
Neuralink Employees Admit Company Has Killed 1,500 Animals So Far
PDA
Elon Musk Is Faving Posts on Twitter That Are Making Our Skin Crawl With Embarrassment
It Was the Tesla
Manslaughter Case Has a Strange Twist: Tesla That Killed Couple Was on Autopilot
More on Advanced Transport
High Tide
Friday on the byte
We’re in Awe of Amsterdam’s Huge Underwater Bike Parking Garage
Quelle Surprise!
Thursday on the byte
Of Course Elon Musk Is Pushing The Cybertruck Back Again, What Did You Expect?
Stay Away
Wednesday on the byte
New SUV Features Electrified Door Handles and Pepper Spray Guns
READ MORE STORIES ABOUT / Advanced Transport
Keep up.
Subscribe to our daily newsletter to keep in touch with the subjects shaping our future.
+Social+Newsletter
TopicsAbout UsContact Us
Copyright ©, Camden Media Inc All Rights Reserved. See our User Agreement, Privacy Policy and Data Use Policy. The material on this site may not be reproduced, distributed, transmitted, cached or otherwise used, except with prior written permission of Futurism. Articles may contain affiliate links which enable us to share in the revenue of any purchases made.
Fonts by Typekit and Monotype.