Musk just had another meltdown. This one was illuminating. 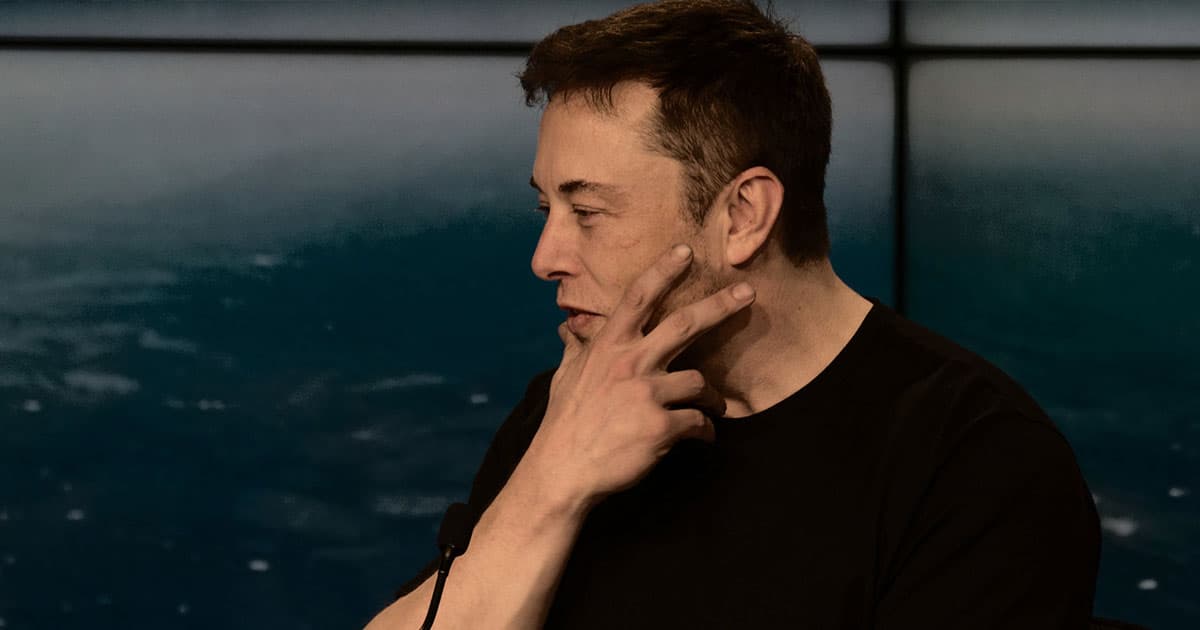 After a Trump-like Twitter rampage about the coronavirus lockdown, billionaire and Tesla CEO Elon Musk had another meltdown during a Wednesday call with analysts and investors.

Long story short, the mercurial entrepreneur doesn't seem motivated by civil liberties. Instead, he's angry that his factory is shut down — and he's willing to put lives at risk to open it back up again.

"We are a bit worried about not being able to resume production in the Bay Area," Musk said, as quoted by BuzzFeed News. "And that should be identified as a serious risk. We only have two car factories right now: one in Shanghai and one in the Bay Area, and the Bay Area produces the vast majority of our cars."

Musk has a history of downplaying the global pandemic that has now claimed more than 228,000 lives worldwide. On March 19, for instance, he predicted there to be “close to zero new cases” by the “end of April." And on March 6, he called concern about the virus "dumb."

Shelter-in-place orders have arguably saved the United States from a crisis of catastrophic proportions.

As individual States are implementing plans to reopen their economies, the country is rapidly approaching a peak number of new cases and deaths. Yesterday, the CDC reported 23,901 new US cases — in just 24 hours.

Musk claims to be upset at the government's decision to advise people to stay home.

"But to say they cannot leave their house and they will be arrested if they do, this is fascist," he said on Wednesday's call. "This is not democratic. This is not freedom. Give people back their goddamn freedom."

To be clear, Musk's comments are not based on fact. Most people are not being threatened with arrest. Current shelter-in-place provisions, including in the California county where Tesla's factory is located, allow people to leave their homes and shop for essentials — measures supported by an overwhelming majority of doctors and public health experts.

That's a sharp reversal for Musk, who tweeted in 2017 that if "my words are against science, choose science."

Now, though, Musk seems more concerned about the economy.

"It will cause great harm, not just to Tesla, but to many companies," he said. "And while Tesla will weather the storm, there are many small companies that will not."

Tesla reported better than expected sales for the first quarter of this year, with revenues just shy of $6 billion with share values rising considerably in after-hours trading.