Medical experts have rebuked what they say is Musk's poor understanding of the pandemic. 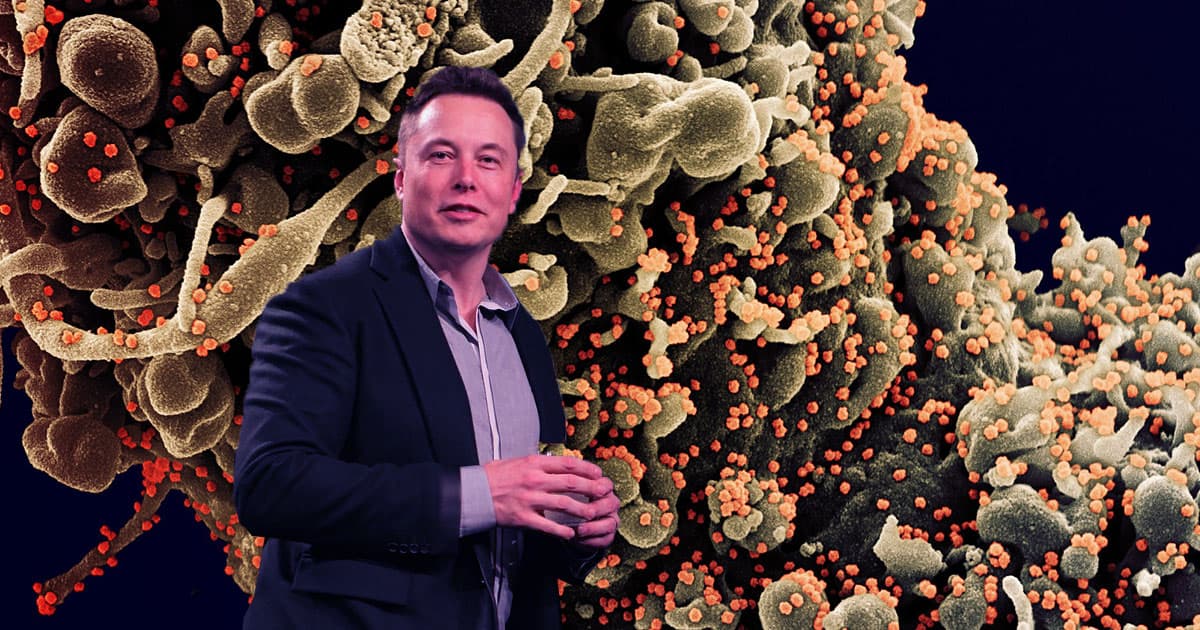 The message shares numerous similarities with U.S. President Donald Trump's own Twitter feed, where he's encouraged his voter base to "LIBERATE" — note the all-caps stylization — a number of states, amid a barrage of other factually dubious claims. Offline, Trump has made dangerous remarks about injecting disinfectant to rid the body of the coronavirus.

Now, Musk seems to be embracing the same tone.

"Give people their freedom back!" he wrote in a different tweet, including a link to a Wall Street Journal op-ed.

"Bravo Texas!" Musk exclaimed in yet another tweet, with a link to a news story about Texas reopening restaurants and retailers.

He even agreed with a Trumpian conspiracy theorist who argued that "the scariest thing about this pandemic is not the virus itself, it’s seeing American so easily bow down & give up their blood bought freedom to corrupt politicians who promise them safety."

Medical experts have rebuked what they say is Musk's poor understanding of the pandemic. Famed doctor Eugene Gu, for instance, slapped down Musk's "FREE AMERICA" tweet with a damning rebuke.

But it's important to note that the mercurial entrepreneur has been at this for a while. On March 19, for instance, he predicted there to be "close to zero new cases" by the "end of April." On March 6, he opined that "the coronavirus panic is dumb."

Let's be clear: The United States is in no position to safely reopen. The country has passed the one million confirmed cases threshold just this week, far surpassing any other nation in the world. The death toll has surpassed the number of troop fatalities during the Vietnam War.

Many healthcare experts have warned that opening States too soon could end up in even more bloodshed with even deadlier outcomes.

Even Trump himself fretted that "it's just too soon" during a Wednesday daily White House news briefing.

"The spas and the beauty parlors and the barber shops... I love them but they can want a little bit longer, just a little bit, not much, because safety has to predominate," he told reporters, in a stunning flip-flop.

Experts have also warned of a much deadlier second wave of infections — words that individual business owners have luckily heeded.

"I can’t risk the health of the members at the risk of the community for the sake of them pumping some iron," Bahram Akradi, a chief executive of a chain of gyms told The New York Times.

In fact, without a lockdown and social distancing, the economy could be even worse off according to new research from the University of Cambridge.

"Without public health restrictions, the random spread of the disease will inevitably hit sectors and industries that are essential for the economy to run," Giancarlo Corsetti, co-author of the working paper and economics professor at Cambridge, said in a statement.

Read This Next
Head Like A Hole
Elon Musk's Crying About Trent Reznor Shows That He Is a Big, Big Baby
Secrets Secrets
Elon Musk Vigorously Denies That SBF Secretly Owns Part of Twitter
Good Time to Leave
Panicked Elon Musk Reportedly Begging Engineers Not to Leave
#NastyNasty
Elon Musk's Mom Pleads With Everyone to Stop Being So Mean to Her Perfect Boy
You're Fired
Elon Musk Is Mass-Firing Employees Who Dared Criticize Him in Slack
More on Future Society
Miserly Musk
Tuesday on the byte
Cheapskate Elon Musk Refusing to Pay Bills at Twitter
Tesla Tank
Tuesday on the byte
Elon Musk's Wealth Has Plummeted by Over $100 Billion This Year
Extremely Hardcore
Nov 18 on the byte
Elon Musk Locks Twitter Employees Out Office, Then Asks Them to Meet Him on the 10th Floor
READ MORE STORIES ABOUT / Future Society
Keep up.
Subscribe to our daily newsletter to keep in touch with the subjects shaping our future.
+Social+Newsletter
TopicsAbout UsContact Us
Copyright ©, Camden Media Inc All Rights Reserved. See our User Agreement, Privacy Policy and Data Use Policy. The material on this site may not be reproduced, distributed, transmitted, cached or otherwise used, except with prior written permission of Futurism. Articles may contain affiliate links which enable us to share in the revenue of any purchases made.
Fonts by Typekit and Monotype.