The President seems confused — and experts have no idea what he's talking about. 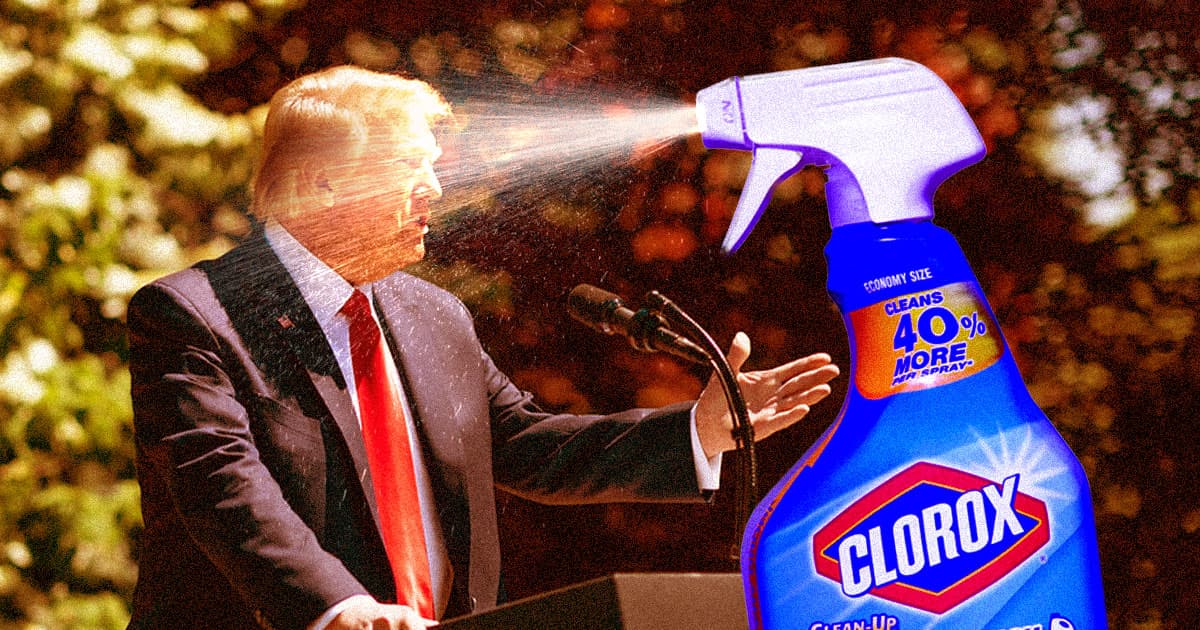 Chief among them, NBC News reports, was injecting some sort of disinfectant — Trump never specified which — into patient's lungs to kill any viruses lingering there. He also suggested somehow putting high levels of ultraviolet radiation "inside the body, which you can do either through the skin or in some other way."

"This notion of injecting or ingesting any type of cleansing product into the body is irresponsible and it's dangerous," University of Washington healthcare researcher Vin Gupta told NBC. "It’s a common method that people utilize when they want to kill themselves."

The President's suggestions were so outlandish that even his science advisor, Dr. Deborah Birx, appeared baffled and defeated while he was making them.

Here is Dr. Birx's reaction when President Trump asks his science advisor to study using UV light on the human body and injecting disinfectant to fight the coronavirus. pic.twitter.com/MVno5X7JMA

While it's likely not a shock to many that Trump has a weak grasp on medical science, his latest ideas for how to fight the coronavirus illustrate a serious systematic problem.

As NBC reporter Ben Collins tweeted, Trump's strategy seems to be mostly comprised of jumping from one unproven treatment to another in hopes that something will eventually stick.

The bleach and alcohol stuff is deeply worrying, but what's much more alarming is that the executive plan now appears to be bumbling from viral miracle cure to viral miracle cure with supreme confidence, hoping at every turn that people forgot about the last one.

And that's a dangerous approach.

Trump spent weeks pushing the drug hydroxychloroquine, even though there was no good evidence that it would help COVID-19 patients. All the same, doctors investigated it at the President's behest, just to find that it seemed to increase the death rate of coronavirus patients without helping them.

On top of that, one man died after ingesting similar compounds on his own.

Needless to say, injecting disinfectant into people won't do any better.