"Hydroxychloroquine use alone was associated with an increased risk of mortality compared to standard care alone." 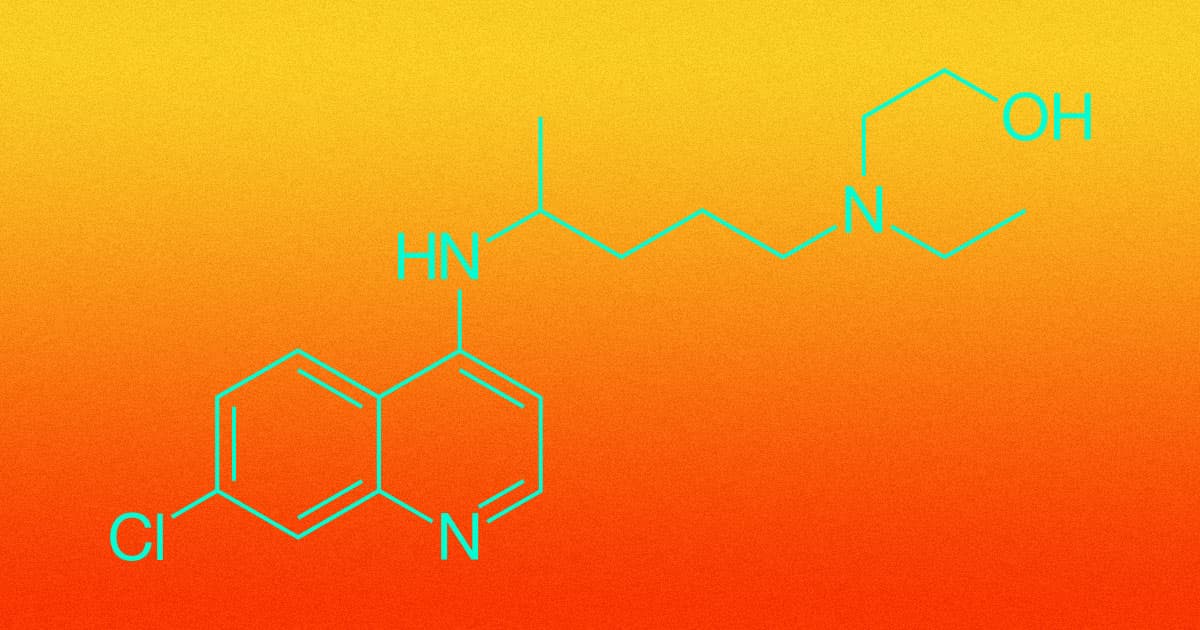 Despite U.S. president Donald Trump singing its praises time and time again, the anti-malaria drug hydroxychloroquine is proving to be a pretty terrible — and potentially dangerous — way to treat COVID-19, as The Daily Beast reports.

"It’s a very strong, powerful medicine," Trump told reporters earlier this month, hyping the drug. "But it doesn’t kill people. We have some very good results and some very good tests."

But a new study backed by the National Institutes of Health and the University of Virginia suggests the contrary.

"In this study, we found no evidence that use of hydroxychloroquine, either with or without [anti-malarial drug] azithromycin, reduced the risk of mechanical ventilation in patients hospitalized with Covid-19," concluded the researchers.

"On the contrary, hydroxychloroquine use alone was associated with an increased risk of mortality compared to standard care alone," the team wrote in their not-yet-peer-reviewed study submitted to the preprint archive medRxiv today.

The new study looked at data from 368 patients at a veterans hospital. 27.8 percent who were treated for COVID-19 using the drug died. Only 11.4 percent who received standard treatment passed away.

The authors advise caution, though.

"These findings highlight the importance of awaiting the results of ongoing prospective, randomized, controlled studies before widespread adoption of these drugs," they wrote.

The news comes after the US Food and Drug Administration approved the use of the drug, alongside anti-malarial drug chloroquine phosphate, for emergency use to treat COVID-19 earlier this month.

But US institutions are catching on as well. Earlier this month, the US Centers for Disease Control and Prevention quietly removed dosing guidelines for hydroxychloroquine from its site, according to Reuters.

There are also several caveats to the study's results. Patients who got the controversial drug were likely the most sick. But even accounting for such a bias would've have explained the mortality rates, according to the researchers.

Other studies have also shown that hydroxychloroquine is ineffective. A French study found "no evidence of rapid antiviral clearance or clinical benefit" when using the drug to treat COVID-19 patients. A study out of China also found similar results.

Luckily, it seems that the White House is toning down its hydroxychloroquine rhetoric as of late, according to Politico, with references to the drug dwindling over the past week.

More on the drug: THERE’S NO GOOD EVIDENCE THAT HYDROXYCHLOROQUINE FIGHTS COVID-19