CDC Deletes Recommendation for the Drug Trump's Been Pushing

"Why would CDC be publishing anecdotes? That doesn't make sense. This is very unusual." 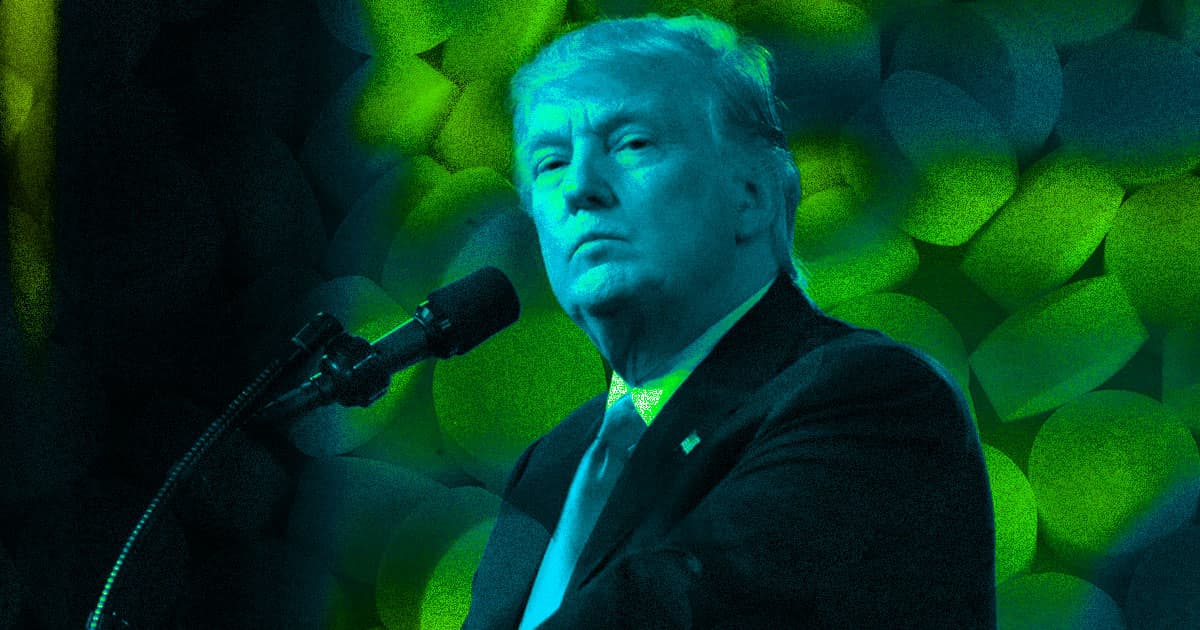 Recently, U.S. President Donald Trump has been touting a specific drug as a potential treatment for COVID-19, with little to no evidence backing up his claims.

The Centers for Disease Control and Prevention (CDC) had followed suit and published dosing guidelines for the drug hydroxychloroquine, which is a known anti-malarial.

But on Tuesday, the CDC changed course and quietly removed those guidelines, according to Reuters. Now the page acknowledges the lack of evidence that hydroxychloroquine actually helps coronavirus patients.

Originally, the CDC guidelines cited anecdotal reports — as opposed to robust clinical research — suggesting that hydroxychloroquine helped some COVID-19 patients, an unusually careless recommendation for a federal agency to make. Now, the CDC website accurately says that "there are no drugs or other therapeutics approved by the U.S. Food and Drug Administration to prevent or treat COVID-19."

There was one small clinical trial that seemed to suggest hydroxychloroquine may help coronavirus patients. But the study — still cited by Trump —was criticized for being too small, not following appropriate research protocols, and failing to adequately demonstrate that the patients who recovered after taking hydroxychloroquine wouldn't have done just as well without it.

The paper was later condemned — but not retracted — by the International Journal of Antimicrobial Agents, which had published it, according to Retraction Watch.

The CDC's webpage update seems to coincide with the journal's about-face.

Now, the CDC's website is "substantially improved," Jeffrey Flier, a former Harvard Medical School dean, told Reuters: "It states the facts without in effect recommending that physicians prescribe the drugs despite a lack of adequate evidence."