Tesla: Cops Are Wrong About Driver's Seat Being Empty in Deadly Crash

What the hell actually happened on April 17? 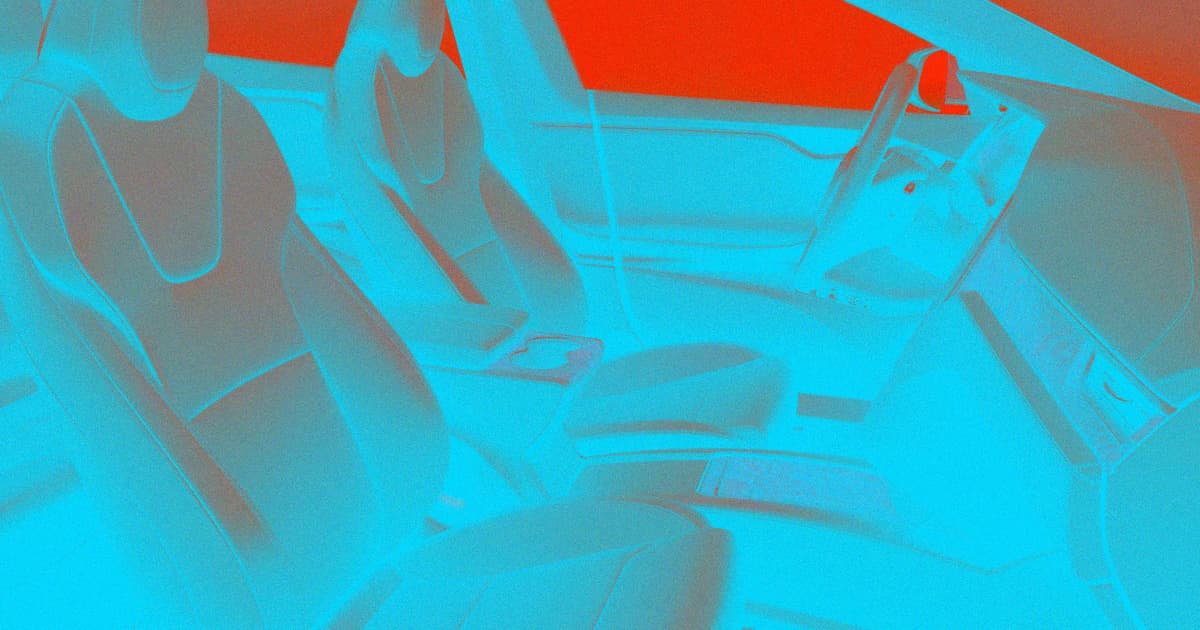 An April 17 Tesla Model S joyride near Houston, Texas, ended in a fatal fire that took the lives of both the car's occupants.

Investigators at the scene made a shocking discovery: they determined with a "100 percent" certainty that nobody was in the driver's seat, leading to speculation that the Tesla had its Autopilot feature turned on during the moments leading up to the crash.

Now, the mysterious incident is getting even stranger. According to Tesla's vice president of vehicle engineering Lars Moravy, there was in fact somebody in the driver's seat at the time of the crash, The Verge reports.

The conclusion directly contradicts the findings of police at the scene. According to Moravy, the steering wheel was "deformed," suggesting that the driver's seat was occupied at the time of the crash.

"All seatbelts post-crash were found to be unbuckled," the Tesla VP said. It's a noteworthy piece of the puzzle, as Autopilot is designed to only work when all seatbelts are buckled.

The self-driving feature can, however, be easily fooled into registering somebody in the driver's seat, as a damning Consumer Reports investigation following the crash demonstrated.

According to The Verge, Moravy's comments came after inspecting the crash while accompanied by local law enforcement and investigators from the National Highway Traffic Safety Administration (NHTSA) and the National Transportation Safety Board (NTSB).

Both agencies are currently investigating the collision and have subpoenaed data from the electric car company.

It's difficult what to make of this latest claim. We've heard contradicting news about several aspects of this tragic crash.

For instance, local news station KHOU initially noted that it took firefighters four hours to extinguish the roaring fire. But in a statement to the Houston Chronicle, local fire chief Palmer Buck later said that the fire was put down in just "two to three minutes, enough to see the vehicle had occupants. After that, it was simply cooling the car as the batteries continued to have a chain reaction due to damage."

Tesla is clearly trying to save face after the latest incident, which may or may not have involved its trademark self-driving feature. Tesla CEO Elon Musk has also been highly defensive, lashing out at the media and arguing that coverage was unfairly focusing on Tesla.

The mysteries and many unanswered questions left in the wake of the April crash only underline that investigations from neutral parties will play a key role in understanding what actually happened. Hopefully, we'll get some more answers from the NHTSA and NTSB's investigation soon.

READ MORE: Tesla claims someone was in the driver’s seat in deadly Texas crash [The Verge]

More on the crash: It’s Shockingly Easy to Drive a Tesla Without Anybody in the Driver’s Seat

Read This Next
Absent CEO
Tesla Investors Furious at Elon Musk for Vanishing During Crisis to Play With Shiny New Twitter
Stay Away
Tesla Is Having Extreme Trouble Hiring, for Some Reason
Butcher Shop
Neuralink Employees Admit Company Has Killed 1,500 Animals So Far
PDA
Elon Musk Is Faving Posts on Twitter That Are Making Our Skin Crawl With Embarrassment
It Was the Tesla
Manslaughter Case Has a Strange Twist: Tesla That Killed Couple Was on Autopilot
More on Advanced Transport
Stay Away
Yesterday on the byte
New SUV Features Electrified Door Handles and Pepper Spray Guns
No Fly
Monday on the byte
The TSA's Entire No Fly List Appears to Have Just Leaked
Driven Down
Jan 14 on the byte
Tesla Slashes Car Prices Up to 20 Percent
READ MORE STORIES ABOUT / Advanced Transport
Keep up.
Subscribe to our daily newsletter to keep in touch with the subjects shaping our future.
+Social+Newsletter
TopicsAbout UsContact Us
Copyright ©, Camden Media Inc All Rights Reserved. See our User Agreement, Privacy Policy and Data Use Policy. The material on this site may not be reproduced, distributed, transmitted, cached or otherwise used, except with prior written permission of Futurism. Articles may contain affiliate links which enable us to share in the revenue of any purchases made.
Fonts by Typekit and Monotype.