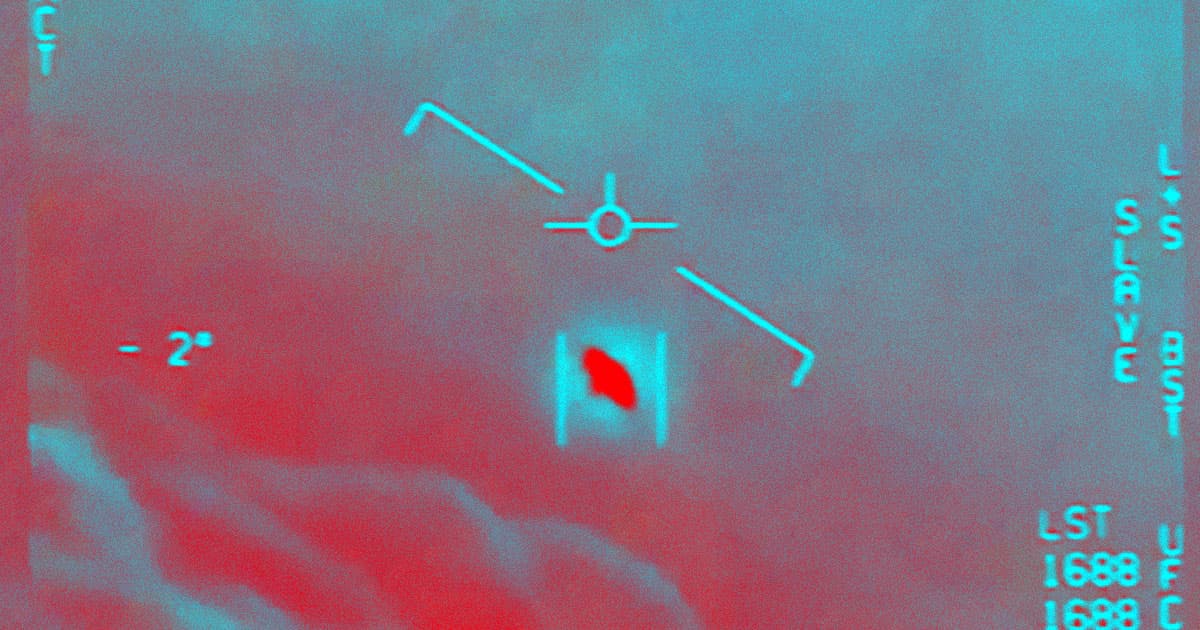 The Department of Defense wants you to know the footage is real.

The Department of Defense wants you to know the footage is real.

The Pentagon has finally formally released three unclassified videos of the "unidentified aerial phenomena" first reported in a 2017 investigation by The New York Times.

"After a thorough review, the department has determined that the authorized release of these unclassified videos does not reveal any sensitive capabilities or systems, and does not impinge on any subsequent investigations of military air space incursions by unidentified aerial phenomena," Sue Gough, a Defense Department spokeswoman, told CBS News.

"DOD is releasing the videos in order to clear up any misconceptions by the public on whether or not the footage that has been circulating was real, or whether or not there is more to the videos," Gough added. "The aerial phenomena observed in the videos remain characterized as 'unidentified.'"

Earlier this year, the Navy had revealed they had more footage, but was holding on to it as "the release of these materials would cause exceptionally grave damage to the National Security of the United States," according to a Motherboard story published in January.

Two of the three released videos were taken in January 2015, the third in 2004. They show what appear to be unidentified objects flying in unusual patterns. In the case of the 2004 incident 100 miles off the Pacific shore, a "tic tac-shaped" object rapidly ascended as Navy pilots approached it. The 2015 videos showed objects speeding over the ocean.

A number of interviews with the Navy pilots who initially recorded he strange phenomena have appeared since the Times reports.

More on UFOs: THIS UTAH RANCH HAS A “COMMAND CENTER” FOR PARANORMAL RESEARCH