Hydrothermic vents could be a hotbed for alien evolution. 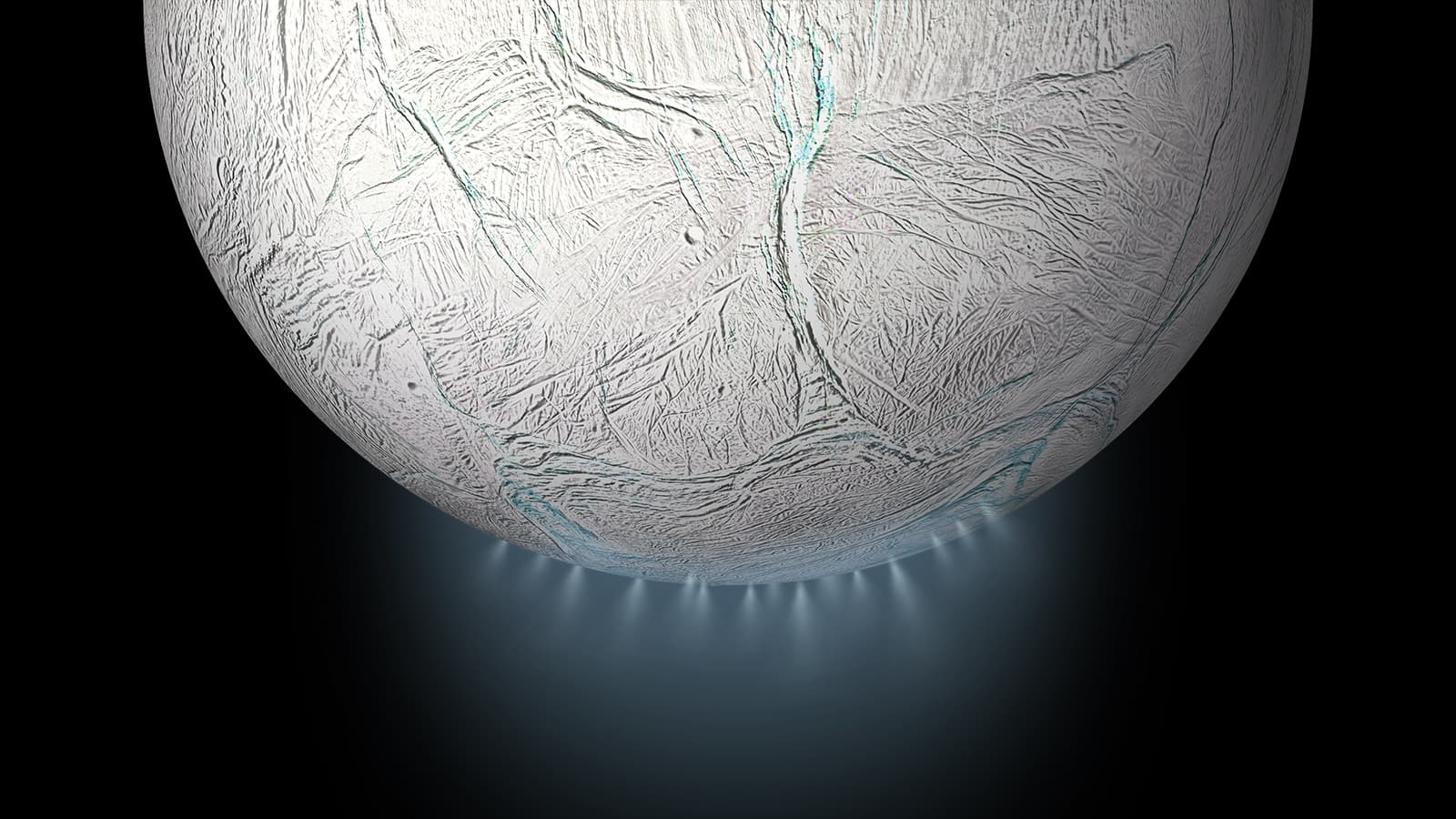 New evidence has emerged supporting the possibility that Saturn's moon Enceladus has the potential to host life. Not only does this evidence point to the ability of the moon to harbor life, but that life could have also evolved into complex organisms.

NASA previously announced that Enceladus has many of the “ingredients needed for a habitable environment.” A new study published in Nature Astronomy explains exactly how the moon can sustain a global salty ocean under its icy crust, and how such an environment can be conducive to life developing and thriving.

Researchers have taken the Cassini mission's observations of Enceladus and attempted to match them with computer models depicting various possibilities for how such an ocean could form. The researchers concluded that Enceladus's rocky core is porous, water is heated while traveling through the core and is expelled through narrow openings in the crust. This process forms hot water jets, which are especially prevalent in the moon's southern polar region.

Studying these hydrothermal vents could be the best bet for determining whether Enceladus could foster life. Lead author Gaël Choblet, from the French National Center for Scientific Research, spoke with Newsweek, saying, “If a new theory published last year is correct, then powerful hydrothermal activity could have been occurring since the formation of the moon, possibly as much as the age of the solar system.” Choblet was referring to a study pertaining to how the moons of Saturn could be heating.

Furthermore, the heating provides an adequate timeline for life to develop. David A Rothery, professor of Planetary Geosciences at the Open University, U.K. explained, “Chemical reactions are going on even today. If it’s going on today it could have been going on a billion years into the past, and that’s long enough for life to get started—and to have evolved beyond the very most basic stages. It could be quite a complex microbial community down there and we’d love to study it.”

Studying how life began and evolved on other planets could provide further insight into how life on our planet began. This is not by any means a confirmation of extraterrestrial life on Enceladus, or any other celestial body, yet it is compelling evidence in support of further research into the very real possibility.

Read This Next
Titan Farts
NASA Scientists Spot "Really Unexpected" Molecule in Atmosphere of Saturn's Largest Moon
Giant Snowball
NASA Finds Evidence of "Fresh Ice" on Saturn's Moon Enceladus
Science is Hard
Extremely Dubious Scientist Believes There's Mushrooms and Lichen on Mars
Crusty Moon
Astronomers Say They Found "Dry Lake Beds" on Saturn's Moon Titan
Space Munchies
Organism That Eats Meteorites Could Help Us Find Alien Life
More on Hard Science
Warped Tour
Feb 2 on futurism
Professor Believes Door to Warp Drive May Lie With Ethylene Glycol
Sky Bursts
Feb 2 on the byte
Astronomers Intrigued by 25 Mysterious Repeating Radio Signals From Deep Space
Tractor Beam
Jan 26 on the byte
Scientists Build Working Tractor Beam, Although It's Comically Tiny
READ MORE STORIES ABOUT / Hard Science
Keep up.
Subscribe to our daily newsletter to keep in touch with the subjects shaping our future.
+Social+Newsletter
TopicsAbout UsContact Us
Copyright ©, Camden Media Inc All Rights Reserved. See our User Agreement, Privacy Policy and Data Use Policy. The material on this site may not be reproduced, distributed, transmitted, cached or otherwise used, except with prior written permission of Futurism. Articles may contain affiliate links which enable us to share in the revenue of any purchases made.
Fonts by Typekit and Monotype.