The Best Way to Make First Contact, According to Science

We've done everything from sending radio messages, to providing maps, to simply watching and listening. 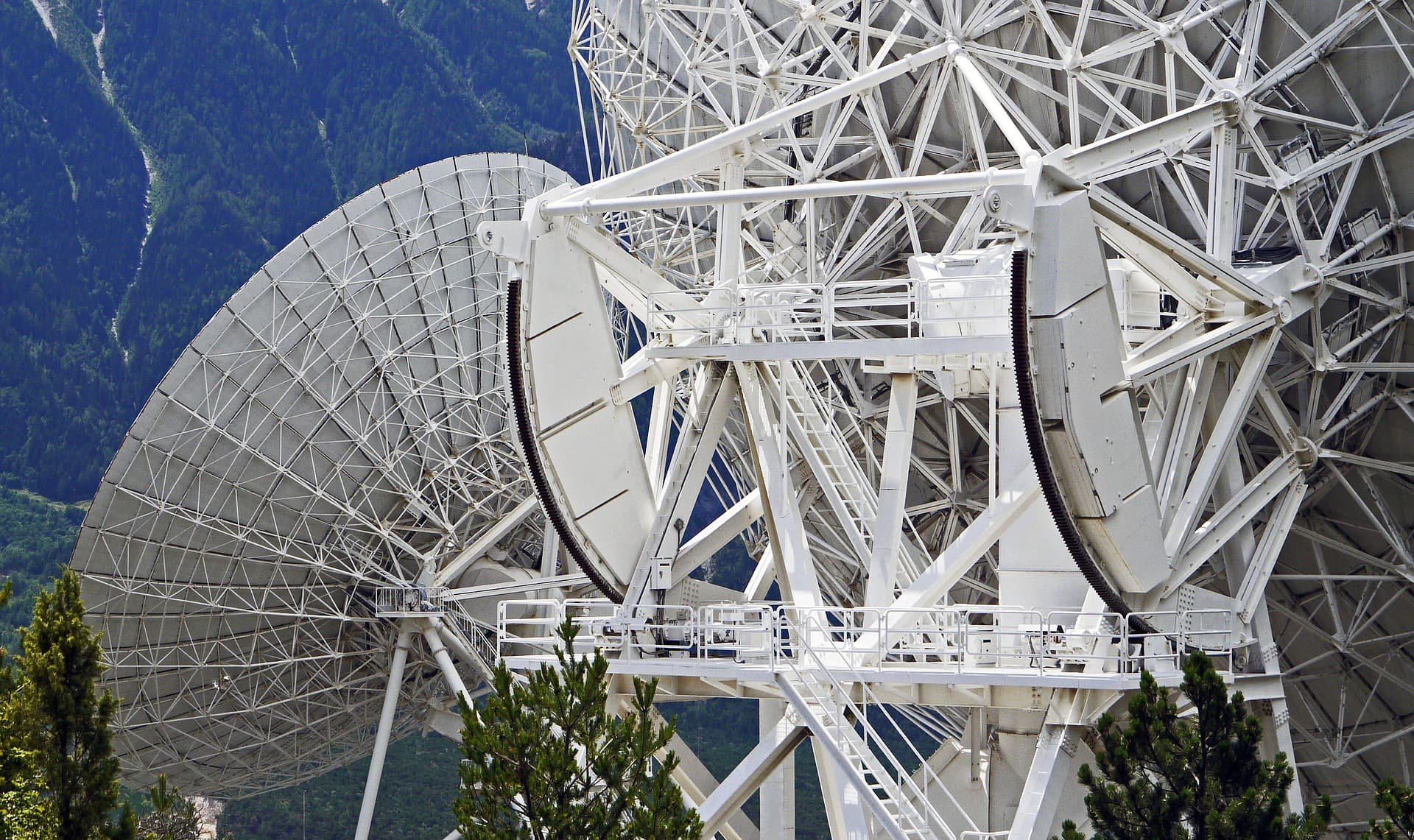 One of the most well known quotes regarding life in the universe aside from our own is from Sir Arthur C. Clarke, who once said: "Two possibilities exist: either we are alone in the Universe or we are not. Both are equally terrifying."

We know next to nothing about intelligent alien life, including the probability of their existence. Yet, even the smartest people among us believe we'll make contact, and sooner rather than later. When we asked our readers when this life-changing event could occur, we learned almost 50 percent believe (or at least hope) we'll make first contact before 2040. 27 percent think it'll happen even sooner, in the 2020s. Developments in technology have allowed us to better understand our universe and what's in it, including the discovery of exoplanets that could contain alien life.

We haven't just been sitting around over the years hoping aliens will reach out to us first. We've made a number of attempts to call out to the stars, and have even made it possible for other intelligent species to find our home planet; plans to talk to those residing off-world have been around for much longer than we may think.

In 1820, astronomer Joseph Johann von Littrow proposed carving a series of large squares, circles, and triangles into the Sahara Desert, filling them with kerosene, then lighting them at night in an attempt to communicate with Mars. In 1896, Nikola Tesla suggested his device to transmit electricity without wires could be used to reach out to Mars.

More recent attempts like the Voyager 1 and Voyager 2 both contain pulsar maps leading to our location, and the Aceribo Message was beamed into space in 1974. As promising as they may sound, Frank Drake, creator of the original pulsar map, has said it's unlikely the maps aboard the probes will ever be found, since they take half a million years to travel from one star to another, and they're not aimed at anything specific. It's equally unlikely the Aceribo Message will even get a response, though that hasn't stopped others from sending messages of their own into space, like the European Space Agency did late last year.

Those are just simple messages and unmanned spacecraft, though. Surely people would be able to get it done sooner if they ventured out into the great unknown?

Unfortunately, even popular astrophysicist Neil deGrasse Tyson believes that to be far off. During a Reddit AMA in April, he explained that such contact between ourselves and other intelligent organisms is more than 50 years away.

"No. I think they (we) might all be too far away from one another in space and possibly time," he said. "By complex, I'm presuming you mean life other than single-celled organisms. Life with legs, arms, thoughts, etc. It's all about our capacity to travel interstellar distances. And that's surely not happening in the next 50 years. Not the rate things are going today."

The Best Way to Communicate

There's no surefire way to reach out to alien life or to be ready when they call to us. That said, we can be as prepared as possible, and continue sending messages in various languages, but the latter is the hardest part. As New Atlas explains, such a message has to be recognized as harmless, but one worth paying attention to. More importantly, it has to be understandable — but how do you make something understandable when you don't know the full extent of what an undiscovered form of life can comprehend? Messages like the aforementioned pulsar map and Aceribo message meet the requirements, but sending more messages like them has been met with opposition.

Physicist Stephen Hawking, who, while not against the idea of there being other life in the universe, believes we shouldn't be so eager to let them know we're here and what we're capable of. He proposed the idea that whatever species we engage with could be "vastly more powerful and may not see us as any more valuable than we see bacteria." This could lead to an unfavorable situation, potentially leading to our extinction or being conquered.

Fellow physicist Michio Kaku has also spoken on how to contact alien life, but suggests we may simply be unable to, due to our current technology and understanding of the universe. He once compared us communicating with intelligent alien life to ants trying to connect with us.

Regardless of our place in the universe, it's clear that many believe we're not alone, and that we're on track to our first interaction. Now, it's just a matter of being prepared, and making the most of it when it does happen.

Read This Next
Monkey Business
China Plans to Send Monkeys to Space Station to Have Sex With Each Other
Overview Effect
William Shatner Says His Space Trip Left Him With a Feeling of Terrible Grief
Outing Life
Swiss Government Scientist Says We May Be on the Brink of Discovering Alien Life
Astronaut Drip
We Just Got the First Peek at NASA's Artemis Moon Landing Suits
Blast Off
Former Astronaut Details Quest to Grow Cannabinoids in Space
More on Off World
Grrrrrrrr
4:06 PM on the byte
Internet Erupts as NASA Spots Cartoon Bear on Surface of Mars
Gl1tc4
2:44 PM on the byte
NASA Says Another James Webb Instrument Has Suffered a Glitch
comet Spotting
2:06 PM on the byte
Behold! Dazzling Green Comet Approaches
READ MORE STORIES ABOUT / Off World
Keep up.
Subscribe to our daily newsletter to keep in touch with the subjects shaping our future.
+Social+Newsletter
TopicsAbout UsContact Us
Copyright ©, Camden Media Inc All Rights Reserved. See our User Agreement, Privacy Policy and Data Use Policy. The material on this site may not be reproduced, distributed, transmitted, cached or otherwise used, except with prior written permission of Futurism. Articles may contain affiliate links which enable us to share in the revenue of any purchases made.
Fonts by Typekit and Monotype.