The 14-minute digital transmission could be received by a host of alien worlds. 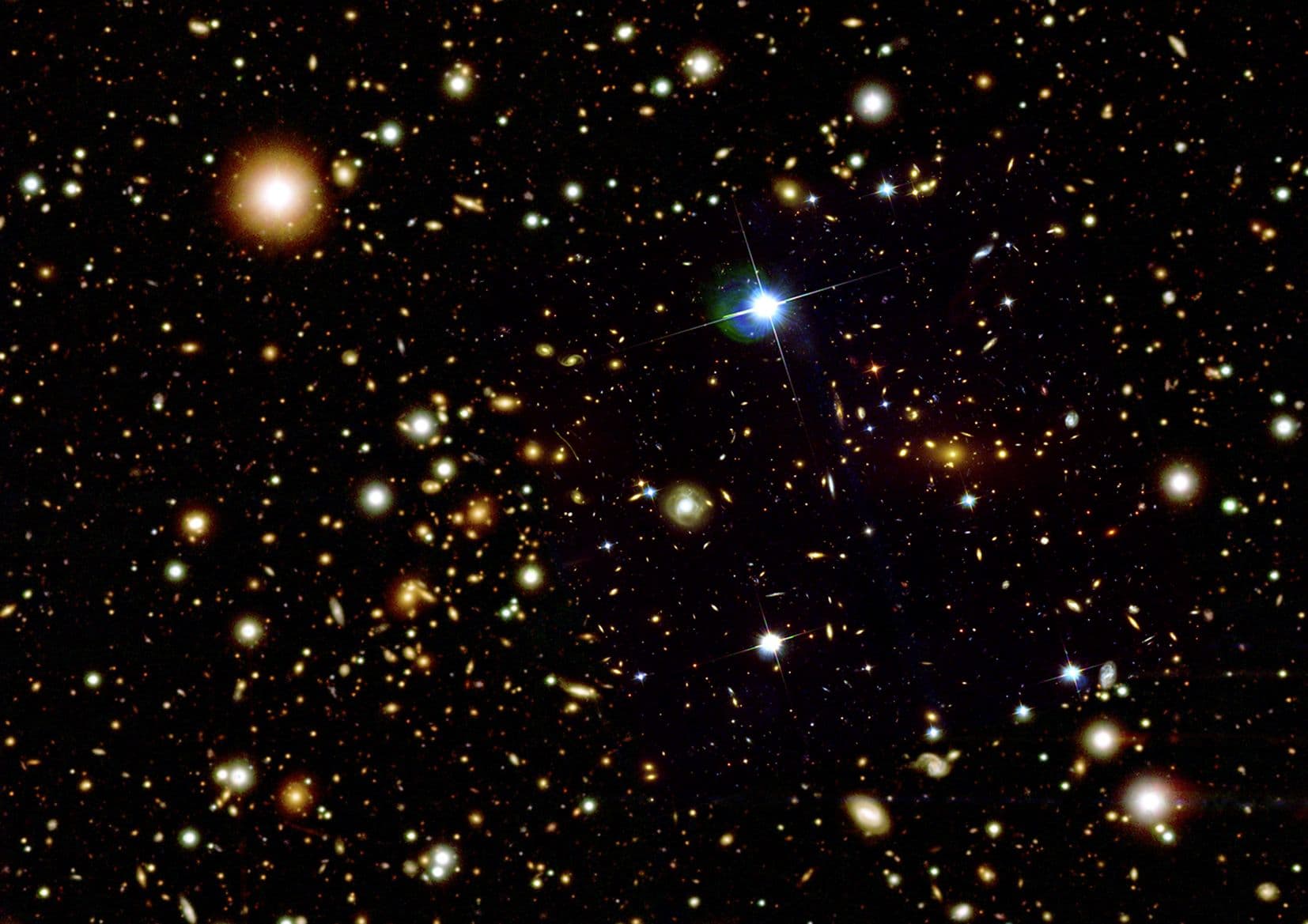 Today, the European Space Agency (ESA) beamed over 3,000 messages into deep space through a crowdsourced initiative titled “A Simple Response to an Elemental Message.”

Messages answering the question “How will our present environmental interactions shape the future?” were collected from all over the world and converted into a 14-minute digital transmission, which has now been beamed to the North Star using the ESA’s powerful radio telescope in Cebreros.

The project was started by Irish contemporary artist Paul Quast in collaboration with the UK Astronomy Technology Centre, the ESA, and the University of Edinburgh, as well as researchers from Johns Hopkins University and the European Southern Observatory.

You're Not The Boss Of Us, Stephen Hawking

While we have yet to see evidence of life outside of our planet, some scientists, including Stephen Hawking, have expressed apprehension about our attempts to contact extra terrestrials. If science fiction is anything to go by, this move may just lead to an alien invasion.

"If aliens visit us, the outcome would be much as when Columbus landed in America, which didn’t turn out well for the Native Americans," says Hawking. "We only have to look at ourselves to see how intelligent life might develop into something we wouldn’t want to meet.”

The ESA seems to view this exercise as more a symbolic gesture than a direct effort to contact alien life, though. As detailed in their call for participation back in July, it’s a move that they hope contributes to “ongoing dialogue concerning how our civilisation collectively perceives its role within shaping the future of the environment and establish a means by which we may collectively analyse these perspectives for cross-cultural universals within this single, global human community."

Let's just hope any dialogues the move may spur from the universal community are as benign.

Read This Next
Makeover Scene
Space Tourist Says He's Thinking About Flying SpaceX Craft Up to Fix Hubble
Mars Rock Blues
Mars Rock Samples Probably Won't Infect Earth With Deadly Martian Plague, Scientist Says
RIP
Unfortunate Comet Flies Too Close to the Sun, Disintegrates and Becomes a Ghost
Three for Three
Europe Is Also Sending a Spacecraft to Explore Venus, a Blazing Hellhole
Pee Your Pants in Space
Scientists Are Trying to Make Spacesuit Underwear Less Putrid
More on Off World
Wrong Rocket
Yesterday on the byte
Space Tourism Company's Website Accidentally Shows Photo of Rocket Exploding
SpaceX Spies
Yesterday on the byte
SpaceX Unveils Military Satellite Called Starshield
I Don't Like This...
Tuesday on the byte
Fun Website Lets You Simulate an Asteroid Impact in Your Hometown
READ MORE STORIES ABOUT / Off World
Keep up.
Subscribe to our daily newsletter to keep in touch with the subjects shaping our future.
+Social+Newsletter
TopicsAbout UsContact Us
Copyright ©, Camden Media Inc All Rights Reserved. See our User Agreement, Privacy Policy and Data Use Policy. The material on this site may not be reproduced, distributed, transmitted, cached or otherwise used, except with prior written permission of Futurism. Articles may contain affiliate links which enable us to share in the revenue of any purchases made.
Fonts by Typekit and Monotype.