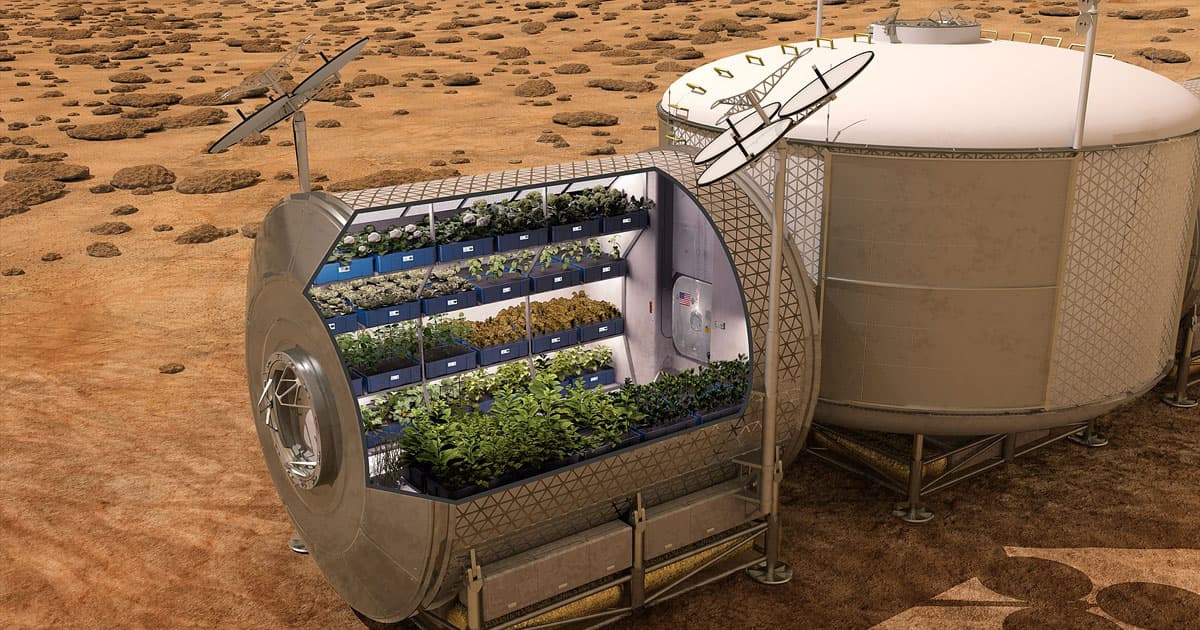 Here’s How We Could Feed a Million People on Mars

If we want to colonize Mars, we're going to need to figure out a way to feed ourselves there, and continuously sending food to the Red Planet isn't a sustainable plan.

But now, a team of researchers thinks it's figured out a way to produce enough food on Mars to feed a million people — and they say their plan to make Martian colonists self-sufficient would take just a hundred years to implement.

Living off the Land

In an article published in New Space: The Journal of Space Entrepreneurship and Innovation, researchers from the University of Central Florida detail a model they created that takes into account the potential population growth on Mars, factoring in both people relocating to the planet and those born on it, as well as the colonists' anticipated caloric needs.

The model also looked at how colonists might use the land on Mars and what sorts of foods humans could produce there.

Based on their research, the team determined that we could establish a system capable of feeding a million colonists within a century — so long as they're OK with a diet heavy on plants, insects, and food created from cells grown in petri dishes.

If that sounds like just the keto diet alternative you've been looking for, good news: the researchers have put together a website that tells you how to eat like a Martian right here on Earth.

READ MORE: How to Feed a Mars Colony of 1 Million People [Space.com]