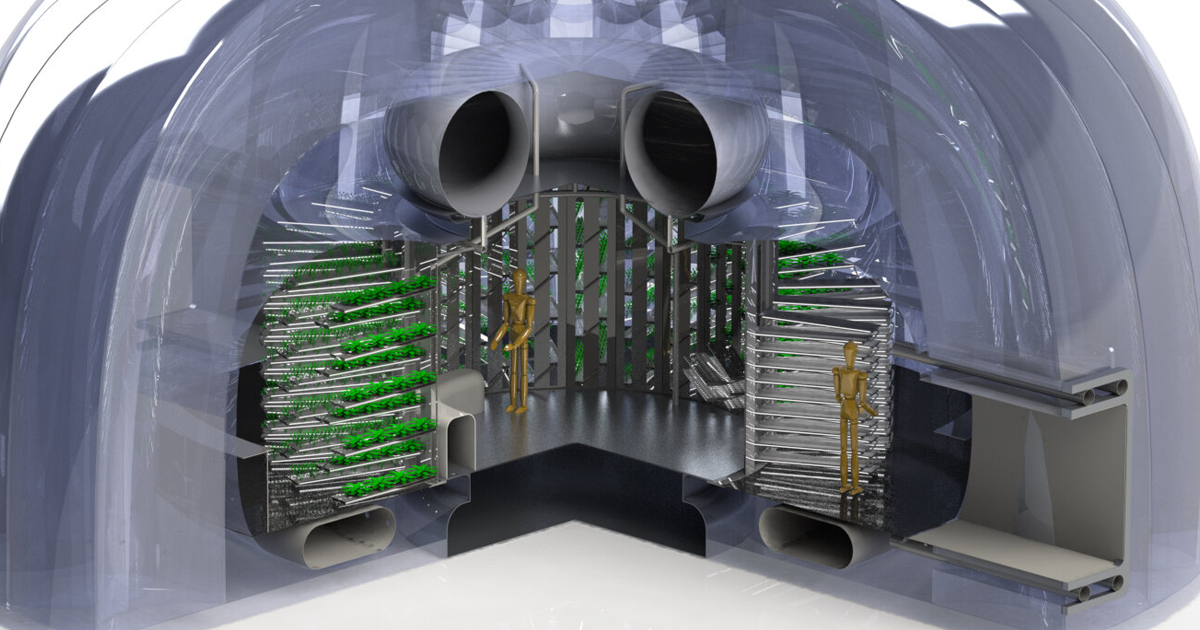 Up to eight different food crops could sustain four astronauts over 600 days on Mars.

Up to eight different food crops could sustain four astronauts over 600 days on Mars.

A team from Dartmouth University has won NASA's 2019 BIG Idea Challenge for a futuristic design for a dome-shaped Martian greenhouse.

The hydroponic structure could allow astronauts to grow their own food on the desolate Martian surface. It'd cultivate up to eight food crops could be grown inside a rotating system that could serve up 3100 calories per day for four astronauts over a 600 day excursion to the Red Planet.

It'd grow kale, soy, sweet potato, potato, broccoli, strawberry, wheat, and chufa. A massive tank filled with a nutrient solution under the ceiling feeds a circular system of crop trays with the help of gravity. LEDs make sure that the plants get enough sunlight.

But there's one more challenge: getting a greenhouse to Mars. The team calculates that the entire structure could be sent up in a single 20,000 pound (9,130 kg) package — roughly a tenth of the advertised payload to Mars of SpaceX's upcoming Starship.

When astronauts aren't busy supervising the mostly self-sustaining greenhouse, they can go for a jog around the outside perimeter.

And back on Earth, the reward for the Dartmouth students is a shot at landing internships at NASA this summer.

More on growing stuff on Mars: We Can Grow Vegetables in Antarctica. Next Stop: Mars