We Can Grow Vegetables in Antarctica. Next Stop: Mars 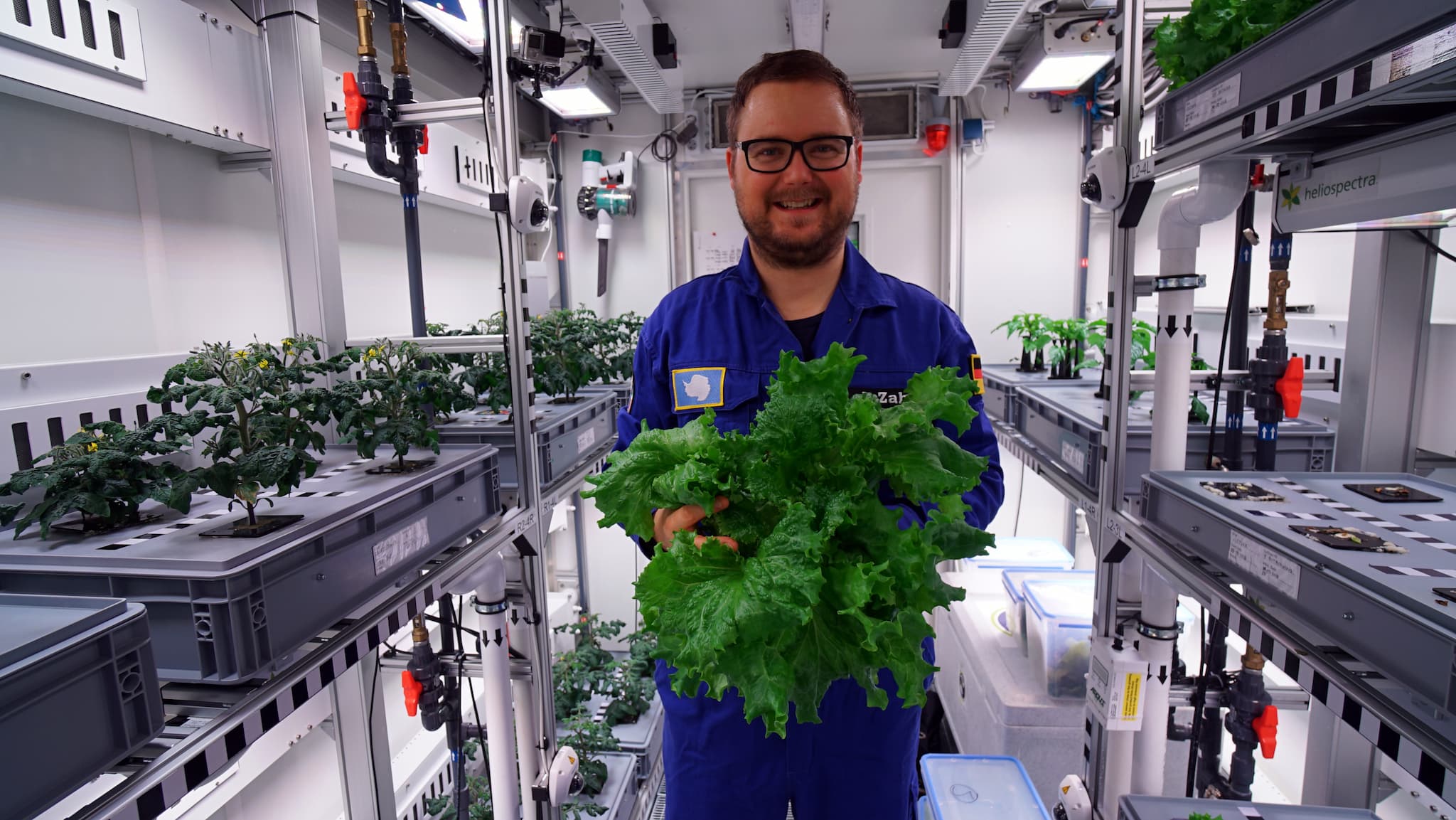 In the icy white desert of Antarctica, without the help of sunlight, soil, or pesticides, something green is growing.

And the scientists at Germany's Neumayer Station III are eating well tonight.

Neumayer III's researchers just harvested their first crop of Antarctica-grown vegetables, picked from a high-tech greenhouse that makes up the centerpiece of their "Eden ISS" project. The project is testing how plants can grow – not only in hostile places on Earth, like the poles and in deserts – but also in the inhospitable conditions of other planets (hopefully providing humans fresh vegetables when they colonize the moon, Mars, and beyond).

The first Antarctic harvest is the product of years of work and the shelter of one very special greenhouse. The greenhouse arrived in Antarctica in January 2018, amid much fanfare for the scientists ("we can hardly wait," EDEN-ISS Project Manager Daniel Schubert told German newspaper DLR upon its arrival, which, yes, counts for fanfare for Antarctic scientists).

This Antarctic Eden doesn't look all that much like a traditional greenhouse: it's housed inside a repurposed, windowless shipping container. It's accessed through an airlock, fed by its own closed air circulation and filled with artificial purple light. Within, plants are grown by the method called "aeroponics," or: without soil or sunlight, plants' roots are sprayed with nutrients, their leaves illuminated by LED lamps, and the air around them gets filtered of germs and enriched with carbon dioxide.

For researchers living in Antarctica, the prospect of fresh vegetables will be an exciting change from stations' usual dependency on planes to deliver fresh food, and reliance on frozen or dried food otherwise. For interplanetary explorers, the ability to grow food on others worlds could mean the difference between life and death.

NASA estimates that a trip to Mars and back would require thousands of pounds of food; just four crew members on a three-year mission would need more than 24,000 pounds (10,886 kilograms) of food to eat three meals per day. If those voyages could start an aeroponic garden when they landed, and synthesize other supplies (like nutrients and water) from the soil of their new home, they could extend that food supply for weeks, months, and even years without bringing the weight of extra food aboard.

Having fresh vegetables on Mars or other planets could also have important health effects. Fresh produce contains antioxidants that NASA hopes could help protect astronauts against radiation, as well as more of nutrients like vitamin C that are lost when fruits and vegetables are dried. (We'd hate for astronauts to make it all the way to Mars and end up with scurvy, like their 18th-century predecessors.) A break from dried and frozen food could also have important psychological effects; they would provide a change from the monotony of eating the same thing for over three years, as well as a sense of purpose for the astronauts cultivating them.

According to the Associated Press, the Neumayer crew plans to harvest 4 to 5 kilograms (8.8 to 11 pounds) of fruits and vegetables per week by May of this year. If all goes according to plan, the experiment will show that astronauts can grow a wider range of vegetables in space and on Mars than those currently cultivated on the International Space Station.