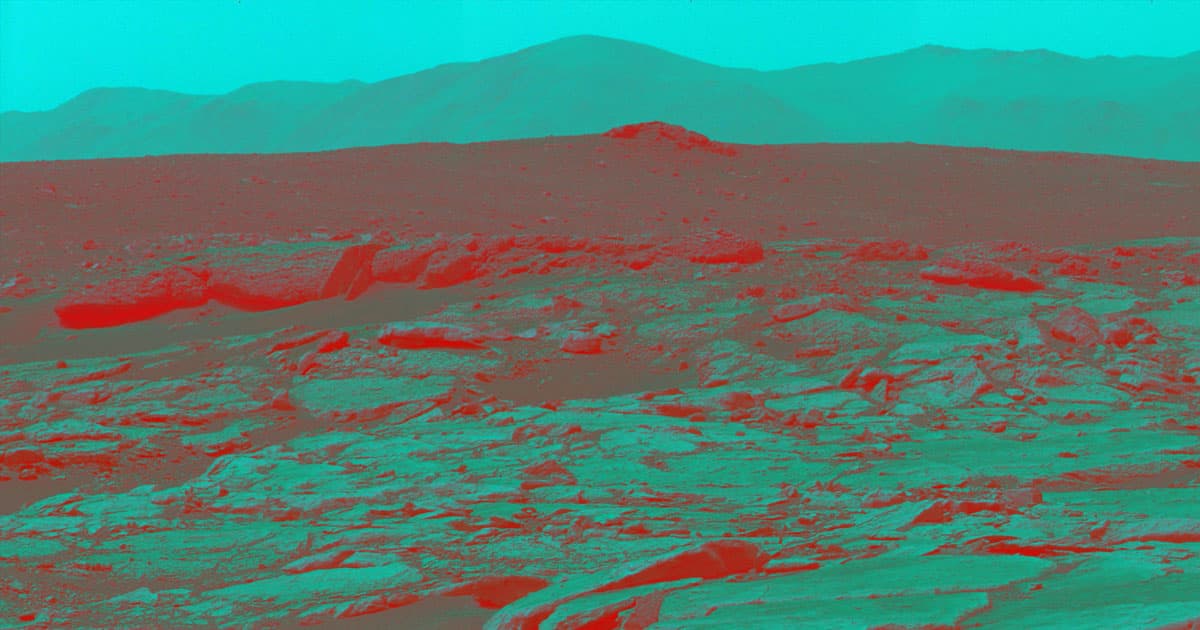 NASA: Rover May Have Found Remnants of Ancient Martian Oasis

Scientists say this Martian crater was once dotted with streams and salty pools.

Scientists say this Martian crater was once dotted with streams and salty pools.

Three billion years ago, Mars looked very different from how it does now. And ever since we've been able to land rovers on the planet's surface, we've been trying to get peeks of its distant past.

The 100-mile Gale Crater, which is believed to be the result of a massive ancient impact, has scientists particularly fascinated. According to data collected by NASA's Curiosity rover, the crater was once dotted with small streams that created an oasis of shallow, salty pools of water.

At least, that's the theory sketched out in a new paper by NASA scientists published in the journal Nature Geoscience. They envision the crater to once have resembled the Altiplanos, the high altitude regions of South America that are dotted with briny lakes and streams.

"During drier periods, the Altiplano lakes become shallower, and some can dry out completely," lead author William Rapin said in a statement. "The fact that they're vegetation-free even makes them look a little like Mars."

Since April, the rover has been testing samples from a region called "the clay-bearing unit," near Mount Sharp, a peak in the center of the Gale Crater. Samples suggest the region was once a salty lake bed that dried up billions of years ago.

"We can't say whether we're seeing wind or river deposits yet in the clay-bearing unit, but we're comfortable saying is it's definitely not the same thing as what came before or what lies ahead," Curiosity team member Chris Fedo said.