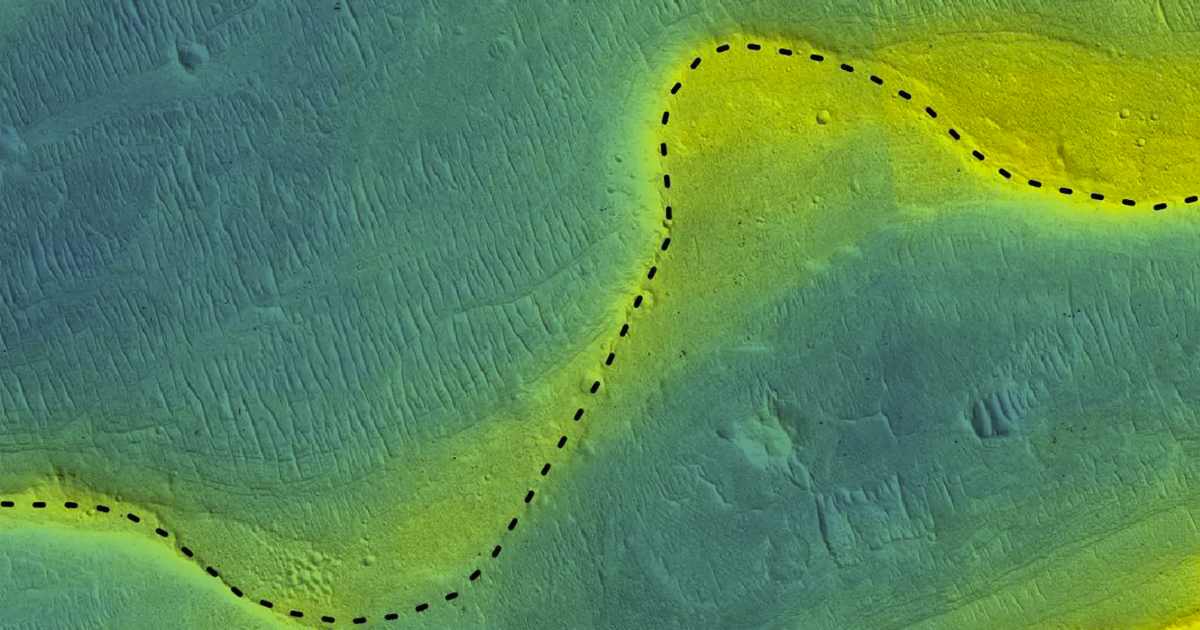 New Research: Mars Used To Be Covered In Huge Rivers

Martian waterways were likely twice as wide as those on Earth.

Martian waterways were likely twice as wide as those on Earth.

A new study by scientists from the University of Chicago theorizes that Mars has been covered in huge rivers during multiple lengthy periods in the distant past. Though many questions remain, the study upends longstanding assumptions about the history of our closest planetary neighbor.

“We can start to see that Mars didn’t just have one wet period early in its history and then dried out,” lead author Edwin Kite, assistant professor at the University of Chicago, told Space.com. “It’s more complicated than that; there were multiple wet periods.”

The news comes after researchers at the European Space Agency found “the first geological evidence of a planet-wide groundwater system on Mars” earlier this year.

The rivers weren’t just concentrated in one area. They were all over the planet, according to the researchers of the more recent study, and distributed over “hundreds of channels and channel deposits” according to a paper published in the journal Science Advances yesterday.

That doesn’t mean Mars was always water-rich, especially considering Mars is only gets a third of the sunlight than Earth.

“Indeed, even on ancient Mars, when it was wet enough for rivers some of the time, the rest of the data looks like Mars was extremely cold and dry most of the time,” Kite said in a statement.

But the reason why Mars had any liquid to begin with is still a huge puzzle.

“It’s already hard to explain rivers or lakes based on the information we have,” said Kite. “This makes a difficult problem even more difficult.”

More on Mars: There’s a Huge Subterranean Lake of Liquid Water on Mars