A Newfound Asteroid will Barely Miss Earth on Sunday 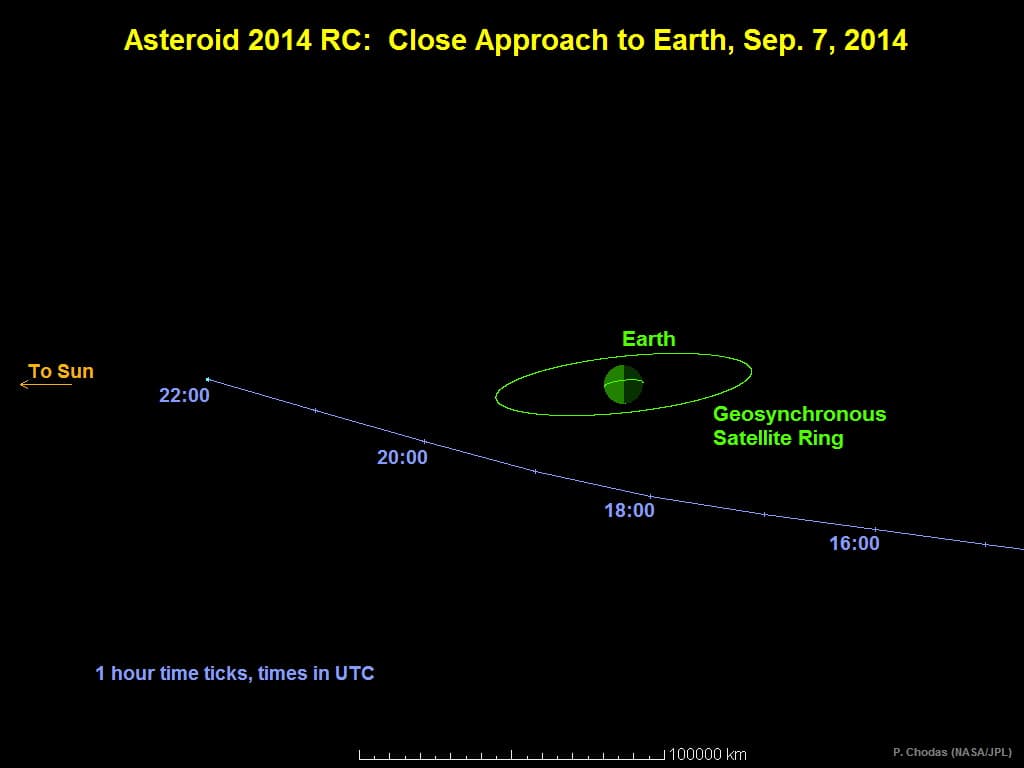 This is a "good news bad news" kind of thing. On Sunday, September 7, an asteroid the size of a house will make a very close pass to Earth - so close that it'll actually pass underneath some of our satellites. The good news is the asteroid won't hit us. The bad news is we found it a few days ago.

The asteroid, named 2014 RC, will pass over New Zealand and will be within 36,000 km (22,000 mi) ho our planet. In a statement, NASA officials said, "The asteroid was initially discovered on the night of August 31st by the Catalina Sky Survey near Tucson, Arizona, and independently detected the next night by the Pan-STARRS 1 telescope located on the summit of Haleakalā on Maui, Hawaii."

The asteroid will be invisible to the naked eye, but amateur astronomers in the region might be able to catch a glimpse of it through telescopes if they are on the ball. You can let the professionals deal with the telescope and watch webcasts of the asteroid's close encounter instead. The Slooh Community Observatory and the Virtual Telescope Project will both host live webcasts that will start at 0200 GMT and 2200 GMT.

2014 RC measures 20 m (60 ft) and it poses no (immediate) threat to Earth or our satellites. Then again, if a communications satellite is struck by the asteroid during your phone call, maybe the universe is trying to tell you something important... or it was just freaky.