Ask the Universe - Difference Between Rocks and Natural Satellites 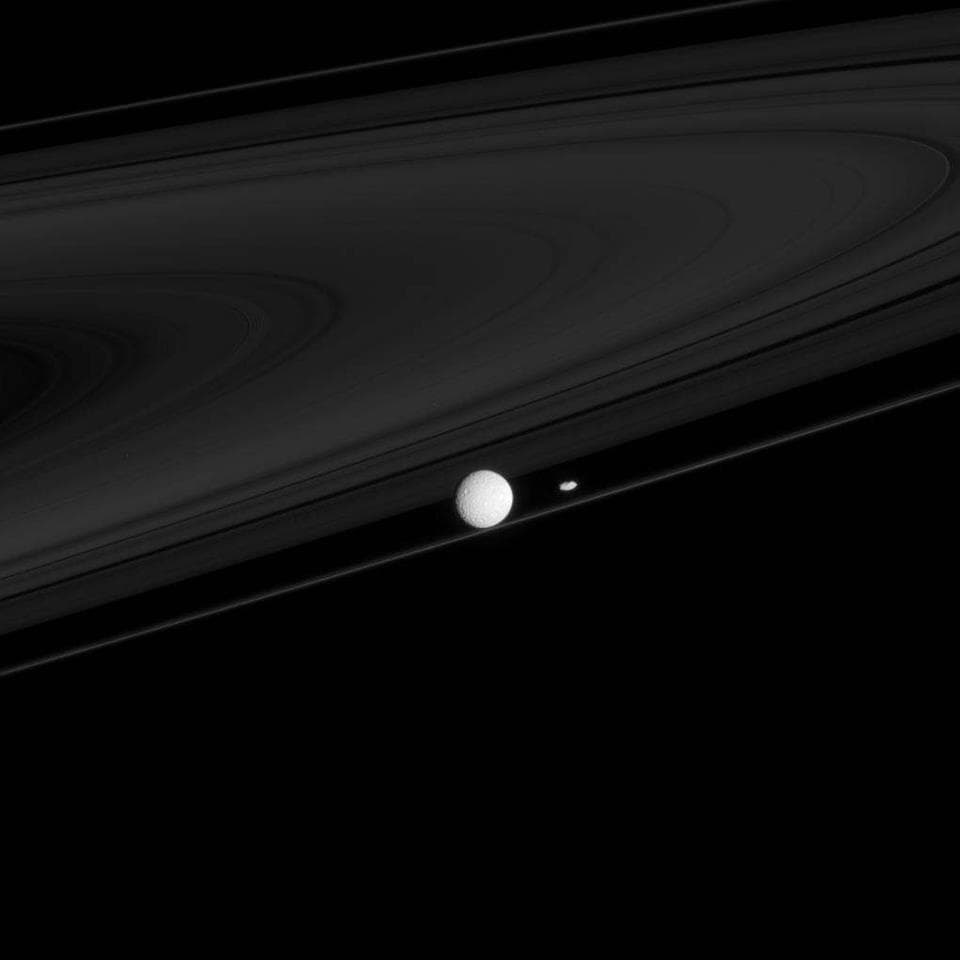 In order to answer this question, you need to fully understand what a ring is and what a moon is, so bear with me as I define the two terms.

Firstly, a moon is a celestial body that orbits around an object that is not a star; it could orbit a planet, dwarf planet, minor planet, and could even orbit an asteroid. However, at this point you start getting into issues of co-orbiting bodies. So, generally, you can consider any object orbiting around another a moon, or – at the very minimum – a binary system. Now, we get into what a ring is.

A planetary ring is basically a flat ring of material that encircles a planet. I've also seen it defined as, “A ring of cosmic dust and other small particles orbiting around a planet in a flat disc-shaped region.” I will note, that definition uses the word ‘planet’, but is slightly incorrect, because Saturn’s moon Rhea might also have a ring system (albeit, a small and tenuous one). So, rings aren't limited to planets.

The important part about both definitions is that a ring is simply a ring of material comprised of a countless number of particles not dissimilar to sand and small rocks at the very largest.

Assuming such a scenario was even physically possible, even if you had a ring of moons around a planet (as in, a large number of moons orbiting in the same plane and distance from the host planet in the same way a ring does) I’m reasonably certain you wouldn’t call them planetary rings; rather, they would be considered a ring of moons. Planets such as Jupiter, which has an extensive moon system, doesn’t have a "ring" of moons (though, you could get away with saying it has a cloud of moons).