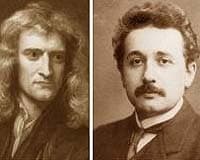 When it comes to intelligence, there are some bold questions we have to ask. For example, “Can your IQ change over time or with education?,” “Does a high IQ guarantee academic success?,”“What do other skills (like empathy, communication, and perseverance) have to do with intelligence?” Scientists have been working over the last few decades to give us a more complete picture of what it means to be “smart.”

IQ has its Weaknesses:

Though IQ is used as a way to steadily measure intelligence, it’s not without its fall-backs. One major misconception people have about IQ is the belief that, when one measures a person’s IQ, they’re getting a complete and thorough view of the mental capabilities of that person. In fact, this belief is unutterably wrong. Howard Gardner, a Psychologist at Harvard, described IQ tests as being verbally biased  and skewed by language:

“They [IQ tests] rely heavily upon language and upon a person's skill in defining words, in knowing facts about the world, in finding connections (and differences) among verbal concepts. Moreover, the intelligence test reveals little about an individual’s potential for further growth." - Frames of Mind, 1993.

IQ tests are not without personal bias as well, Scott Barry Kaufman, Ph.D, briefly describes the fact that the test-makers and test administrators cannot fully block out past experiences, leading to bias. It’s worth noting that test results can even vary from test to test, making them very inexact.

Apart from the nature of the language of these tests, it’s often said by psychologists (half jokingly) that “IQ is what IQ tests measure”. We learned in part one that IQ tests measure memory, linguistic capability, special ability, and logic – but this only part of the pie. The brain is incredibly complex, and we do not yet have the capability to measure all of its functions, which brings me back to my previous statement – IQ tests measure very specific abilities, at a very specific instance in a person’s life, and applying the score as a broad measure of lifelong intelligence is silly. Many Intelligence researchers are steering tests away from the single score IQ and more towards a multiple scored “cognitive ability” tests. The Cattell-Horn-Carroll theory of intelligence splits intelligence into seven factors that describe “how” a person learns, rather than their “innate” ability to learn, with the advent of tests like these, the idea of IQ is rapidly changing into something more similar to a “cognitive profile”.

Can Your IQ Change?

Now that we have more wiggle room in how we test and define intelligence, as well as some of the roadblocks we face in doing so, the question remains: “Can IQ change over time?” – the dominating answer is, absolutely. Stephen Ceci, a psychology professor at Cornell, explains that changes in IQ are normal, and occur with age, schooling or occupation. For example, taxi drivers in London have to memorize a vast network of streets that are hundreds of years old; these people show significant changes in IQ over time.

Another area I want to focus some attention on is mathematics. It is largely believed that there are two types of people, those who are good at math...and those who are not. This article explains various social and psychological reasons for this false idea about inborn talent and intelligence. As it turns out, if you take one group of students and tell them that intelligence (in math) can be easily boosted by hard work, they eventually start to feel “more talented” at mathematics and actually perform better (intelligence increases, as well as self esteem). This shows a big correlation between working hard and increasing intelligence – and research suggests that this doesn’t only apply to math.

Eluded to above, intelligence is much more than just a measured IQ, and it is much more complex than popular media shows. Consider this-- Scenario one: a person of high IQ (a person who popular models say should do very well in academic life), never learns the value of education or concentrating on work. This person might not have the discipline to try their hardest in their studies, shattering the notion that IQ directly correlates to success in academics. Scenario two: A person is of high IQ does poorly in most academic subjects, except geometry – this may be because the person learns best in a visual manner, and not knowing that, the student struggles to excel. These are just two scenarios where personality, upbringing, and learning style dictate whether a person is considered intelligent or not. A useful tool to learn more about yourself is the Enneagram, found here

In the end, Intelligence is as important as you let it be. Research has shown that, not only is IQ a highly specific measurement of certain abilities, but that it’s increasingly difficult to categorize the many skills, abilities,and traits that make up intelligence as a whole. Furthermore, through practice and perseverance one can actually increase their effectiveness in a certain area, making IQ even more arbitrary.

The bottom line is as follows: Don’t let intelligence get the better of you, remember that it’s difficult to measure, and if you’re unhappy with cognitive performance, you can always “grow” with hard work and a good attitude – Not even mathematics can best you if you stick with it.

To see how some cognitive abilities are tested, as well as take part in a wide range of studies on cognition, check out Cambridge University's "Brain Sciences" website here