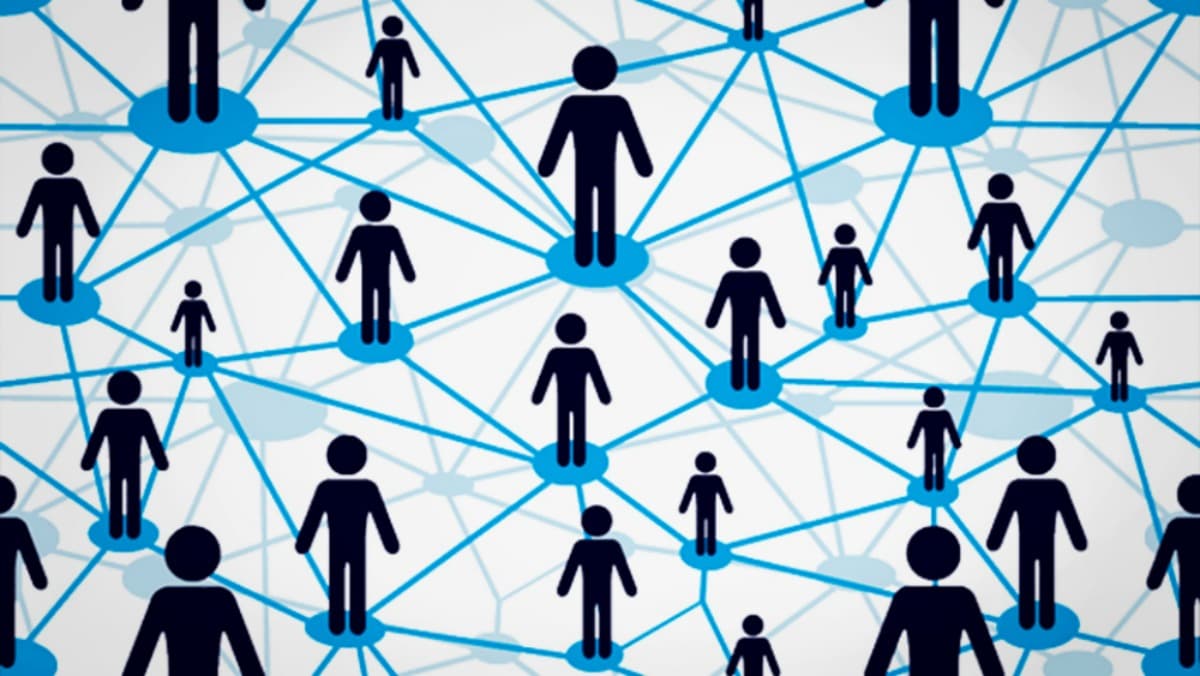 Michel Bauwens is a writer, researcher and conference speaker and a noted expert on the subject of peer-to-peer economics. He is Primavera Research Fellow at the University of Amsterdam, external expert at the Pontifical Academy of Social Sciences, and the founder of the Peer-to-Peer Foundation. Recently, he spoke with Futurism contributor Daniel Araya about the transformative power of peer-to-peer economics and its role in reshaping our world.

DA: Michel, you have a global reputation as a writer and speaker on peer-to-peer (P2P) economics, particularly the sociopolitical dynamics of peer production. What drives your interest in P2P? How do you define P2P?

MB: I came to define P2P as a relational dynamic in which people are empowered to interact with one another in the creation of common resources.

After about a dozen years in the business world, I became extremely dissatisfied with short-term corporate thinking. So I quit the corporate world and took a two-year sabbatical to study alternatives. Researching the rise of network technologies, I began to believe that the affordances of peer-to-peer networks could have a key role in transforming the problems inherent to industrial society.

In peer production, productive communities were creating shared resources through networked collaboration, through entrepreneurial coalitions and value-driven business platforms, and through new kinds of for-benefit association, such as the FLOSS Foundations.

I started documenting these new practices and created a wiki, which has since mushroomed to over 20,000 articles viewed nearly 30 million times. I found other people who wanted to serve and support this new p2p/commons movement and together we created the P2P Foundation.

DA: There appears to be several modes of P2P/distributed collaboration (i.e., for-profit, not-for-profit, co-operative, commons-based). What is your perspective on these modes? Are they competitors to one another or somehow mutually reinforcing?

MB: 'Netarchical' forms of peer-to-peer infrastructure (net-archy meaning the hierarchy of the network) do not reinvest their profits. Rather, they are a kind of parasitical force contributing to a value crisis in which more and more “use value” is created by the people themselves–even as scarce monetization is exclusively captured by the owners of the network platform.

My work is largely predicated on the view that we need to look beyond netarchical organizations and toward platform cooperatives, data cooperatives, and new forms of ethical entrepreneurship.

DA: There is strong overlap between peer production and the so-called “sharing economy” (particularly in terms of what Rachel Botsman describes as collaborative consumption). I know that your own work focuses on the value of a collaborative commons over “platform capitalism”. How do you define a collaborative commons? How does it differ from the current wave of platform startups that we see today?

The kind of commons I am usually discussing is a knowledge commons, that is, a commons that uses digital networks to organize both immaterial and material production. Whereas the sharing economy is a way of mutualizing physical infrastructure—and in particular idle material resources—by allowing P2P exchanges, commons-based peer production occurs when productive communities share their knowledge about production.

The important difference is that in peer production, real commons are created by communities that have a huge influence on the production process. By comparison, in the sharing economy we have the instantiation of “peer-to-peer market transactions” through private platforms, which frankly atomize individuals by denying ownership or control of the platform, and inherently isolating people from one another through secret algorithms, etc. It's hard to see where the commons in private platforms like Uber and AirBnB is found, but their value is actually in making possible the efficient use of idle resources. The shortcoming of these platforms is their extractive behavior, which essentially externalizes all the risks to the workers and consumers. In this way, these “sharing economy” platforms create social regression by undermining the solidarity, social collaboration and risk management processes that emerge organically with P2P networks.

DA: Paul Mason has recently argued that capitalism is now reaching an end game in which technology has undermined the economic function of the market by moving toward the elimination of scarcity. What is your take on this? Do you see capitalism persisting in the age of Moore’s Law?

MB: Both Paul Mason and Jeremy Rifkin point to the fact that the increased availability of abundant goods–be they immaterial, such as knowledge, or material, such as renewable energy—operate outside the market function since they are not scarce. This is correct. But as we see, netarchical capitalism uses this process to organize a more parasitical form of capitalism, in which capital no longer organizes production, but facilitates P2P exchanges.

The problem is that these platform companies are doing this as a means of externalizing investments, which then artificially creates ever more scarcity. I do not think these types of relations of production are the most appropriate but they continue regardless. In fact, I think the more fundamental question is whether an infinite growth system (capitalism) can persist over limited natural resources (the Earth) indefinitely? The obvious answer is, of course, no. Rather than platform capitalism, we need to move toward platform-cooperatives and multi-stakeholder arrangements for the sharing and commons economy.

DA: Assuming that the sharing economy is only a transitional stage in the development of the peer-to-peer society, how might we support the evolution of peer production from an institutional standpoint? What do you have in mind regarding the role of say, government in supporting commons-based peer production?

MB: In my view, we have potentially three types of responses from the state to the emerging commons. This includes two negative responses and one positive. The first response is hostility. This is the case with the Rajoy government in Spain, which has initiated active measures against distributed renewable energy and makes crowdfunding difficult. The second response is the neoliberal option of the UK Conservatives with their use of the Big Society ideology of Phillip Blond, and the so-called “participation society” of the Dutch­ (where the “welfare state” was officially abandoned in 2013). The third response –and the preferred option in my view– is what is often called the Partner State. The idea here is that the state learns from for-benefit associations in open source production but applies this institutional support to society as a whole.

This means that a partner state empowers and enables individual and social autonomy in civic terms, by creating the right infrastructural and legal conditions for it. The eminent example is Co-Bologna in Italy and its Regulation for the Care and the Regeneration of the Urban Commons. This turns the state logic around by enabling civic groups in local neighborhoods to work on urban improvement themselves, while the state (federal and municipal) supports this bottom-up process through financing or other infrastructural support.

DA: I agree with you that P2P represents a kind of social revolution. In fact, my own assumption is that advanced technologies are moving postindustrial societies into uncharted waters. The rise of automated factories, self-driving cars, artificial intelligence, and 3D printing portend major social changes ahead (including perhaps the need for a universal basic income). Are you optimistic about the future of P2P? Where do see the most potential for distributed collaboration working for the benefit of society as a whole?

MB: I'm neither optimistic nor pessimistic, as transitions are always chaotic and painful. But to insure that the outcome of this transition benefits the majority, we will need civil society to become more autonomous in its commons-oriented peer production, and we will need to re-invest in the state, i.e. to end the corporate welfare state model of neoliberalism and re-create commonfare processes of human solidarity.

This is a political struggle with an uncertain outcome, but in order to mobilize social forces, we need to be resolutely optimistic in our energies for change. Not because we are naïve, but because we have no other choice. We must lose all trepidation in order to be hopeful, and realize that while the mainstream system is dislocating, it's up to us to plant the seeds of the future system, and use technology for the benefit of the majority.

Perhaps most importantly, we need a mode of production that is at the same time, fair, sustainable and “free” (i.e., sharing knowledge and infrastructure). This is the task of our age. In the hands of the 1%, the technological promise will become a nightmare, but it doesn't have to be that way. We can work together to distribute its benefits fairly.

Daniel Araya is a researcher and advisor to government with a special interest in education, technological innovation and public policy. His newest books include: Augmented Intelligence (2016), Smart Cities as Democratic Ecologies (2015), and Rethinking US Education Policy (2014). He has a doctorate from the University of Illinois at Urbana-Champaign and is an alumnus of Singularity University’s graduate program in Silicon Valley. He can be found here: www.danielaraya.com and here: @danielarayaXY.

Read This Next
Futurism
Futurism Interviews Dr. Steve Gullans on The Future of Human Evolution
More on FromQuarkstoQuasars
What’s the (Anti)...
6. 12. 21 on the byte
Physicists Find Particles That Switch Between Matter and Antimatter
Futurism
11. 10. 15 on futurism
Stunning Images Chart Shapeshifting Nature of Venus' Polar Vortex
Futurism
11. 10. 15 on futurism
Astronomy Photo of the Day: 11/10/15 — CARMA-7
READ MORE STORIES ABOUT / FromQuarkstoQuasars
Keep up.
Subscribe to our daily newsletter to keep in touch with the subjects shaping our future.
+Social+Newsletter
TopicsAbout UsContact Us
Copyright ©, Camden Media Inc All Rights Reserved. See our User Agreement, Privacy Policy and Data Use Policy. The material on this site may not be reproduced, distributed, transmitted, cached or otherwise used, except with prior written permission of Futurism. Articles may contain affiliate links which enable us to share in the revenue of any purchases made.
Fonts by Typekit and Monotype.