"Mind Boggling" Behavior of Oxygen on Mars Has NASA Stumped

Every year, oxygen levels on Mars spike. Scientists are baffled. 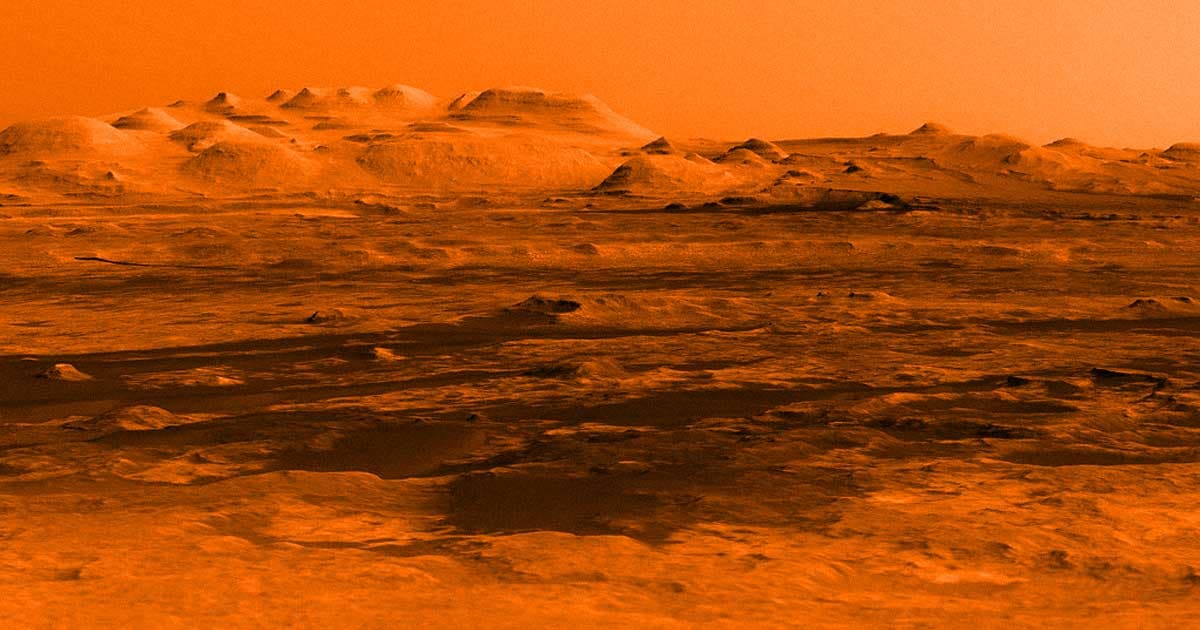 For three Martian years ending in 2017, the Sample Analysis at Mars (SAM) instrument aboard the Curiosity Rover analyzed the composition of the Red Planet's air. Most chemicals in the air behaved in a predictable way, increasing and decreasing in relation to the amount of carbon dioxide at any given point in the year.

But not oxygen. It unexpectedly increased by upwards of 30 percent in the spring and summer before dropping back down to expected levels in the fall — and scientists are struggling to figure out why, according to a paper published in the Journal of Geophysical Research: Planets on Tuesday.

"The first time we saw that, it was just mind boggling," co-author Sushil Atreya, a climate and space sciences professor University of Michigan, said in a press release.

To try to explain the phenomenon, the researchers first double- and triple-checked the accuracy of SAM. Then they considered the possibility that CO2 or water molecules were splitting to produce the extra oxygen. Finally, they calculated whether solar radiation could cause oxygen to split and leave Mars' atmosphere.

But no matter how many explanations they considered, the scientists couldn't find one that made sense.

"We’re struggling to explain this," research lead Melissa Trainer, a planetary scientist at NASA’s Goddard Space Flight Center, said in the press release. "The fact that the oxygen behavior isn’t perfectly repeatable every season makes us think that it’s not an issue that has to do with atmospheric dynamics. It has to be some chemical source and sink that we can’t yet account for."

The team does have one lead it still hasn't exhausted, though: methane.

For more than 15 years, scientists struggled to explain where Mars' atmospheric methane was coming from before finally pinpointing an ice sheet on the planet's surface as a source in April.

While they still haven't figured out why Mars' atmospheric methane levels spike in the summer, they're now wondering if that existing mystery is tied to this new one.

"We’re beginning to see this tantalizing correlation between methane and oxygen for a good part of the Mars year," Atreya said. "I think there’s something to it. I just don’t have the answers yet. Nobody does."

Read This Next
What Lies Beneath
Researchers Say "Conan the Bacterium" Could Be Hidden Beneath Mars’ Surface
Into Darkness
Inside NASA's Bold Proposal to Probe the Mysteries of Dark Matter
Water Canyon
Scientists Spot Hidden Water in Mars' Grand Canyon
Martian Ammonia
NASA Rover Detects Organic Molecules on the Surface of Mars
Myanus, Hisanus, Heranus...
Here's What Uranus Scientists Think About Your Disgusting Jokes
More on Hard Science
Tractor Beam
2:13 PM on the byte
Scientists Build Working Tractor Beam, Although It's Comically Tiny
Having a Blast
Jan 18 on the byte
New Study Shows Where You Should Hide to Survive a Nuclear Attack
Offworld Amino
Jan 15 on the byte
Scientists Find Building Blocks of Life in Meteor That Smashed Into Family's Driveway
READ MORE STORIES ABOUT / Hard Science
Keep up.
Subscribe to our daily newsletter to keep in touch with the subjects shaping our future.
+Social+Newsletter
TopicsAbout UsContact Us
Copyright ©, Camden Media Inc All Rights Reserved. See our User Agreement, Privacy Policy and Data Use Policy. The material on this site may not be reproduced, distributed, transmitted, cached or otherwise used, except with prior written permission of Futurism. Articles may contain affiliate links which enable us to share in the revenue of any purchases made.
Fonts by Typekit and Monotype.