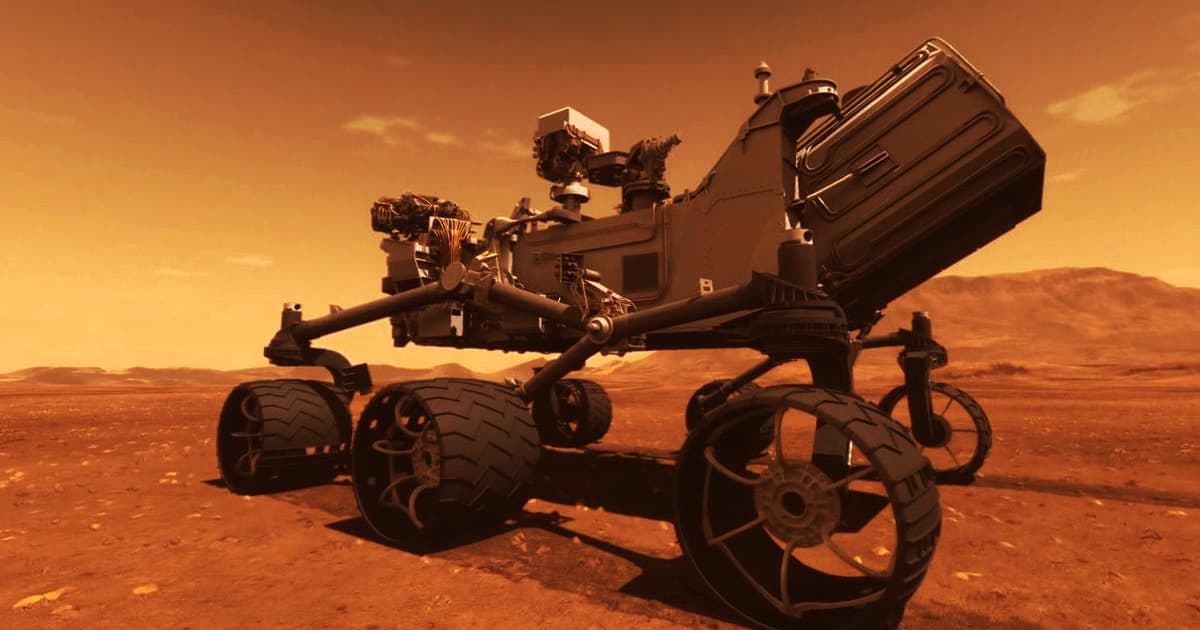 NASA Shows Off GIF of a Dust Devil on Mars

The team behind NASA's Curiosity Mars rover have uploaded a fascinating GIF of a dust devil rolling over the surface of the Red Planet's Gale crater, a massive meteor impact site and suspected dried up lake.

We're in the crater's "windy season" right now, according to a NASA blog post — and that means plenty of swirling gusts of sand for the rover to observe.

Curiosity has taken the opportunity to track these winds by observing how ripples in the sand move across the surface.

This windy season is the dawn of Martian summer, a period of strong surface heating. That means "stronger convection and convective vortices, which consist of fast winds whipping around low pressure cores," as Claire Newman, Curiosity team member and atmospheric scientist at Aeolis Research, wrote in the blog post.

These vortices, once powerful enough, can grow into "dust devils," swirling columns of wind and dust that can reach up to five miles in height on Mars.

The Curiosity team tracked the dust devil by taking numerous images over a 30 minute period and stitching them together.

"We often have to process these images, by enhancing what’s changed between them, before dust devils clearly show up," Newman wrote. "But this dust devil was so impressive that — if you look closely! — you can just see it moving to the right, at the border between the darker and lighter slopes, even in the raw images."

By capturing these time lapses, the researchers can glean valuable details about these impressive weather patterns, such as how much dust gets swept up, how fast they're moving, and in what direction.

More on dust devils: NASA Snaps Photo of Epic Dust Devil on the Surface of Mars