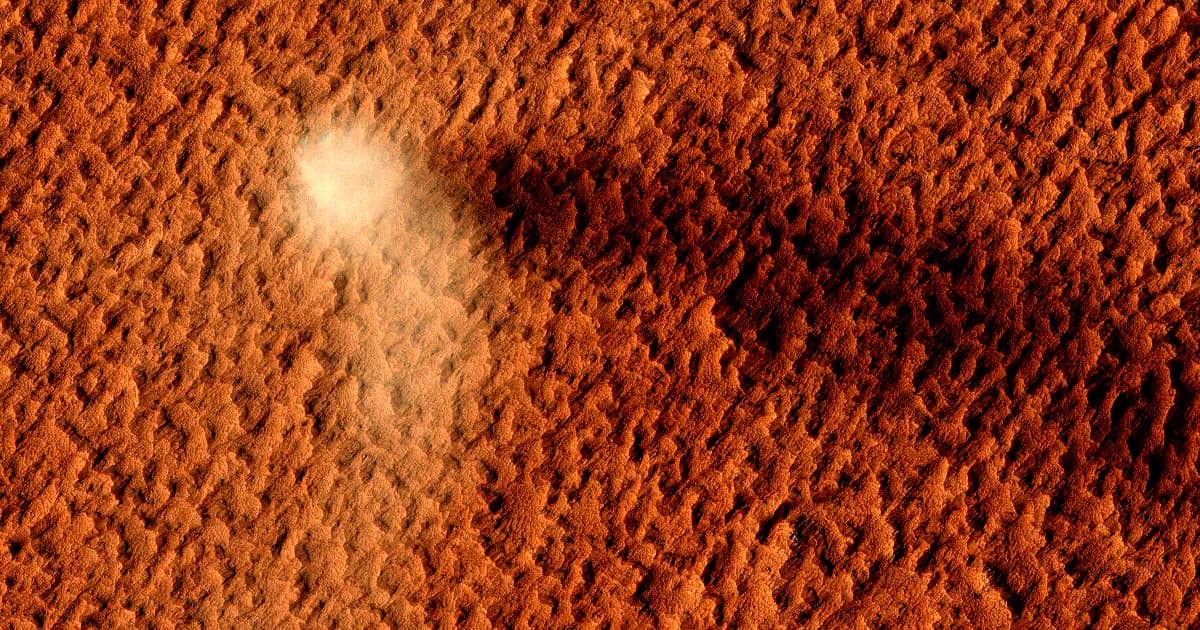 Yet another problem colonists of the Red Planet will have to face: massive dust devils. 👿

Yet another problem colonists of the Red Planet will have to face: massive dust devils. 👿

While dust devils aren't exactly uncommon on Mars — the Red Planet is, after all, a very dusty and windy place — the whirlwinds often fade almost as quickly as they appear. That makes capturing an image of one in action a rare treat.

But in October 2019, NASA's Mars Reconnaissance Orbiter managed to snap a photo of a massive active dust devil — and you can now see it for yourself.

Devil's in the Details

The Reconnaissance Orbiter took the photo using its High Resolution Imaging Science Experiment (HiRISE), a powerful camera that's been snapping photos of the Martian surface since 2006.

On Monday, the University of Arizona team that built and manages HiRISE published details on the newly photographed dust devil, which formed on Amazonis Planitia's volcanic plains.

The core of the dust devil is 50 meters (164 feet) wide, according to the HiRISE team, and based on the length of its shadow, they believe it is probably about 650 meters (2,132 feet) tall.

Though the dust devil is a big one, it's far from the biggest.

In March 2012, HiRISE took a photo of an active dust devil that was a mind-blowing 20 kilometers (12 miles) tall. But despite its impressive height, that dust devil was barely wider than this newly spotted one: just 70 meters (229 feet).

In other words, Martian colonists already had a lot to worry about — and now they can add towering swirls of dust and debris to the list.