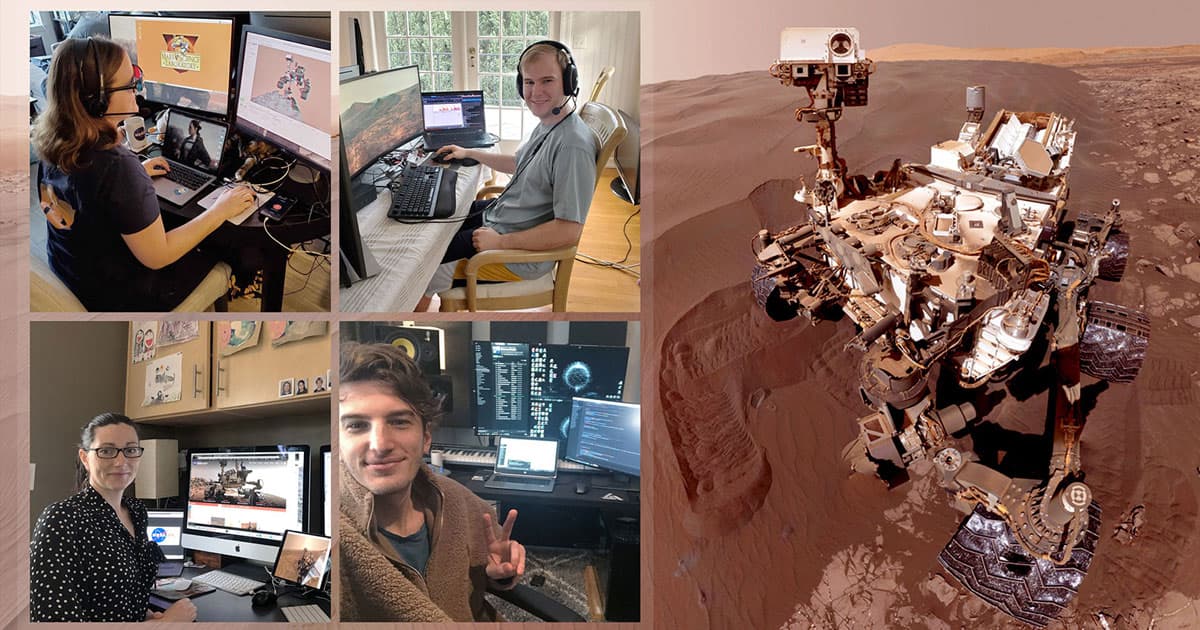 NASA Employees Are Running the Mars Curiosity Rover From Home

NASA hasn't abandoned its Curiosity Mars amid the coronavirus pandemic — instead, they've transitioned to controlling Curiosity from their home offices after NASA instructed its employees to work remotely, according to a NASA update.

Two days after desks emptied out at NASA's Jet Propulsion Laboratory in Southern California last month, the Curiosity rover sprang into action, executing commands lined up by its human masters back on Earth. Its task: drilling a rock sample at a location called "Edinburgh."

Its operators' new home-based HQs are now decked out with headsets, monitors, and plenty of other equipment, allowing them to remotely control a robot on a different planet.

What didn't make the move however, is special 3D goggles that rapidly shift between the left and the right eye to view 3D images taken on the Red Planet.

Tasks take about an hour or two longer than they normally would. The rest is business as usual — just online.

"We're usually all in one room, sharing screens, images and data," said Alicia Allbaugh, who leads the team in NASA statement. "People are talking in small groups and to each other from across the room."