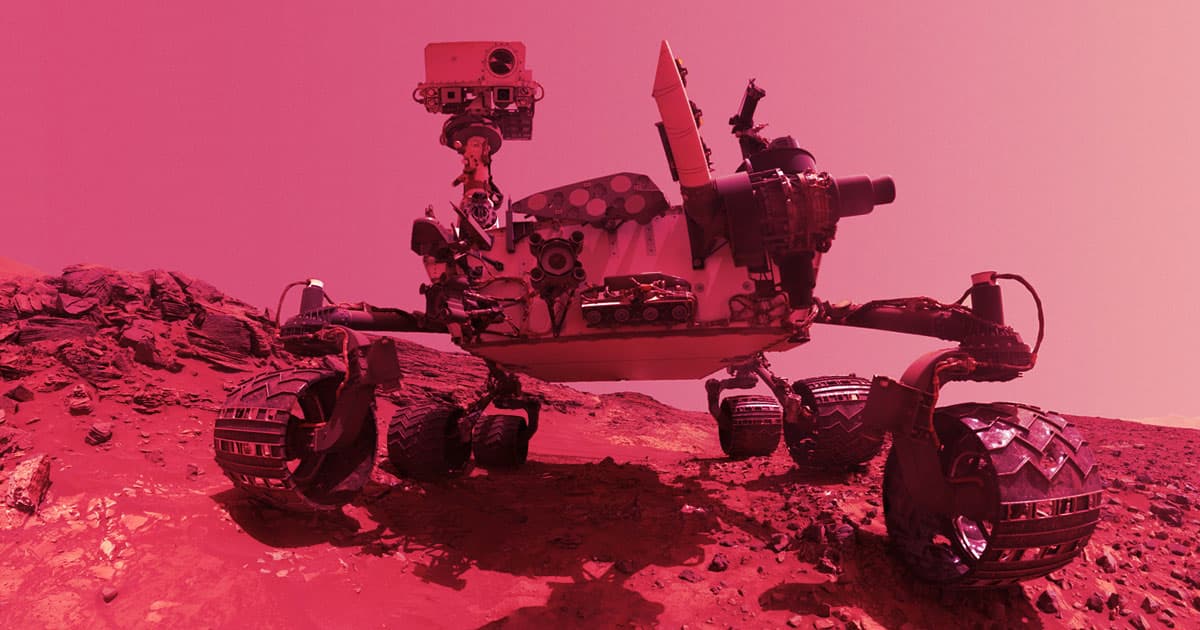 I spy with my little eyes...

I spy with my little eyes...

NASA's Curiosity rover is about to embark on a new adventure at Mount Sharp, a gigantic summit on Mars. The trip, which the space agency dubbed the rover's "summer road trip" in an official announcement, will involve crossing about a mile of Martian wasteland to get to its next section.

The rover has been exploring the unusual 3 mile-tall mountain since 2014 to look for signs of ancient microbial life. The mountain is located on the floor of the massive 96 miles across Gale Crater, what is believed to be a dried up ancient lake bed.

The mountain, formally known as Aeolis Mons, is made up of numerous layers of sediment that could give us clues about the formation and history of the Red Planet.

Curiosity's next stop is what's dubbed the "sulfate-bearing unit." As its nickname suggests, the area holds various sulfates, including gypsum and Epsom salts, which conventionally form as water evaporates.

But to get there, Curiosity's road trip will take it around a treacherously sandy area to avoid the risk of getting stuck — and it will do so mostly by itself.

"Curiosity can't drive entirely without humans in the loop," Matt Gildner, lead rover driver at JPL, said in the announcement. "But it does have the ability to make simple decisions along the way to avoid large rocks or risky terrain. It stops if it doesn't have enough information to complete a drive on its own."

In a matter of weeks, if all goes well, NASA will launch its next Mars rover, Perseverance, into space on the long journey to Mars to assist in the search for ancient microbial life.