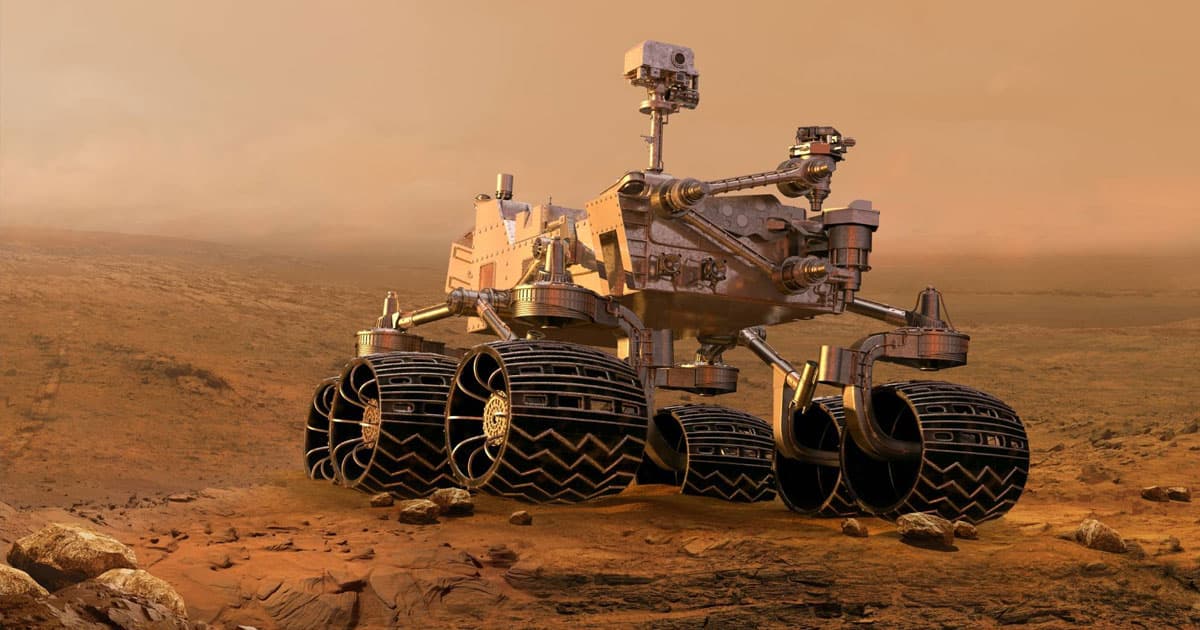 NASA Pushes Back Mars Rover Launch Due to "Contamination Concern"

It's an unfortunate snag for the highly ambitious research mission, which was originally expected to launch the Perseverance rover on July 17, CNET reports. But it's not all bad. The launch, which was already bumped to July 20, will now happen July 22. The mission had some built-in wiggle room, so NASA doesn’t expect the decision to cause any major problems.

If all goes well, the Perseverance mission could still go off without a hitch. CNET reports that the space agency has until August 11 to launch the mission. After that point, Mars and Earth won't be in the right position relative to each other again until 2022.

Meanwhile, NASA hasn't specified exactly what the contamination concern was.

"NASA and United Launch Alliance are now targeting Wednesday, July 22, for launch of the Mars 2020 mission due to a processing delay encountered during encapsulation activities of the spacecraft," reads a NASA press release. "Additional time was needed to resolve a contamination concern in the ground support lines in NASA’s Payload Hazardous Servicing Facility (PHSF)."

It would be a huge shame for NASA to miss its opportunity to launch Perseverance — the scientific community has big plans for the rover once it lands.

Those include using the rover to hunt for past and — maybe — present microbial life on Mars, and also launching a tiny, experimental helicopter drone that will flutter around the Red Planet's scarce atmosphere.