NASA Just Unveiled This Awesome, Tiny Helicopter That Will Cruise Over Mars

The softball-sized drone will begin its first mission in early 2021. 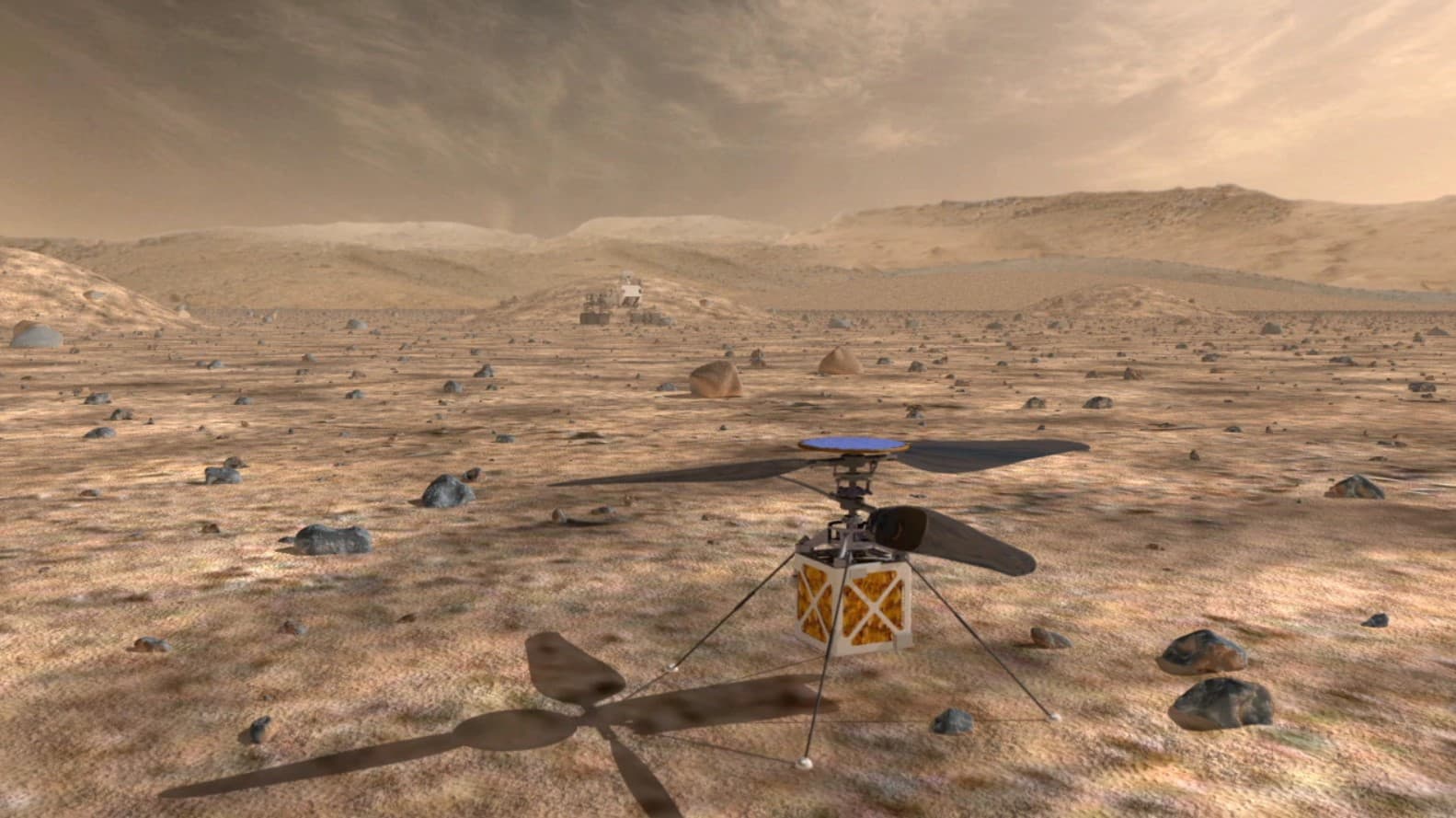 NASA announced this afternoon that it plans to launch a tiny, four-pound, autonomous helicopter along with its 2020 rover mission. And if you think this sounds relatively cool, well: You're right.

The experimental, softball-sized drone would be the first airborne vehicle to fly around within Mars’ atmosphere other than the landers that have delivered other, ground-based rovers. (At least the first vehicle that we know of.)

In order to design a flying vehicle that would actually work on another planet, NASA scientists faced a number of challenges. For example: the red planet’s particularly-weak atmosphere and the communication delay between ground control here on Earth and the rover.

#BREAKING @NASA news! Our next rover to Mars will carry the first helicopter ever to fly over the surface of another world. #Mars2020 #MarsCopter https://t.co/HyeuMu7Cqn pic.twitter.com/9LpFlFGfxK

Traveling at the speed of light, it'll still take several minutes for any commands sent from Earth to reach the helicopter, so the flying rover will have to be at least partially autonomous as it provides scientists and other autonomous vehicles with the first long-term bird’s-eye view of the planet.

Also, the Martian atmosphere is practically non-existent. The air pressure at the planet’s surface is lower than it is at a helicopter’s maximum altitude when flying above Earth. In order to take off, the tiny flying robot needs to spin it’s two blades ten times faster — 3,000 times per minute — than it would on Earth while carrying batteries and other hardware crafted to be as light as possible.

When the rover arrives at Mars in February 2021, it'll perform scouting missions to look for ideal landing zones on the surface, as well as scan the planet for signs of life, hazards that might matter to the future astronauts who finally venture to Mars. It'll also assist with the ongoing geology research currently underway by ground-based rovers (i.e. Curiosity and Opportunity).

NASA's taking a big gamble on this helicopter running smoothly. Once it’s out there, it's gonna attempt a couple test flights, the first of which will last just thirty seconds, before ramping up the scale of its missions. But if this endeavor truly takes off (sorry) it could add a valuable and revealing new dimension to space exploration missions down the road.