The drone quickly completed a test run in Iceland. 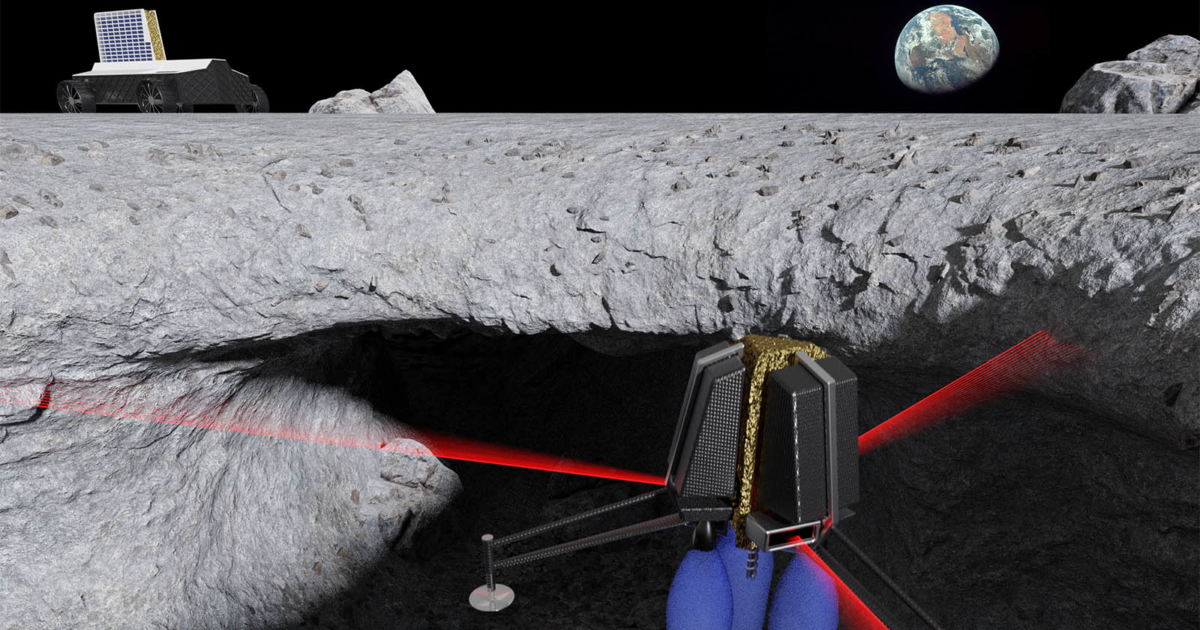 A flying drone created a 3D map of an Icelandic cave that had been carved out by flowing lava in a matter of minutes, using LIDAR technology.

While cool enough on its own, scientists at the SETI Institute and NASA believe that the same base technology could be used to map the many caves dotting the surface of the Moon and Mars, according to research that will be presented this week at the 50th annual Lunar and Planetary Science Conference — and even search them for life.

The Floor is Lava

Andrew Horchler, the Director of Future Missions and Technology at Astrobotic, the robotics company that partnered with the SETI institute for this project, envisions a future in which drones are able to dive into volcanic caves and create similar 3D maps while searching for signs of water or geologic activity that would better inform future crewed missions into space.

"Small free-flying spacecraft might be the ideal robotic platform for the exploration of lava tubes on Earth, the Moon, and Mars for the simple reason that they would not need to come in direct contact with any of the rough and potentially unstable surfaces found inside caves and lava tubes," he said in a press release.

The thin atmosphere on Mars and the Moon's lack of an atmosphere make it hard for a conventional quadrotor drone to stay aloft. While NASA developed a helicopter-like drone capable of flying on Mars last year, the team behind this new research suggest that equipping a drone with small thrusters may be the way to go.

"More development work will be needed to create a system that’s ready for the Moon or Mars," Horchler said in the press release, "But the study of this icy lava tube is an important first step for us."

More on space drones: NASA Just Unveiled This Awesome, Tiny Helicopter That Will Cruise Over Mars

Read This Next
A Sip of Opal
NASA Discovers Precious Gemstones on Mars
Martian Oases
Scientist Proposes Growing a Forest Inside a Bubble on Mars
Monkey Business
China Plans to Send Monkeys to Space Station to Have Sex With Each Other
Big Impact
Meteorite Hit Mars So Hard NASA Thought It Was a Quake
Overview Effect
William Shatner Says His Space Trip Left Him With a Feeling of Terrible Grief
More on Off World
Hall Effect
3:22 PM on futurism
Test Suggests Ion Thrusters Could Power Crewed Interplanetary Missions
CHON: Legacy
3:19 PM on the byte
James Webb Discovers Coldest Ice in Known Universe, Harboring Molecules Essential For Life
Is There?
3:14 PM on the byte
NASA Setting Up Facility For Mars Rock Samples That Might Contain Alien Life
READ MORE STORIES ABOUT / Off World
Keep up.
Subscribe to our daily newsletter to keep in touch with the subjects shaping our future.
+Social+Newsletter
TopicsAbout UsContact Us
Copyright ©, Camden Media Inc All Rights Reserved. See our User Agreement, Privacy Policy and Data Use Policy. The material on this site may not be reproduced, distributed, transmitted, cached or otherwise used, except with prior written permission of Futurism. Articles may contain affiliate links which enable us to share in the revenue of any purchases made.
Fonts by Typekit and Monotype.