Scientists Thought Mars Was Covered in Methane. Now It's Missing

But the team isn't giving up yet. 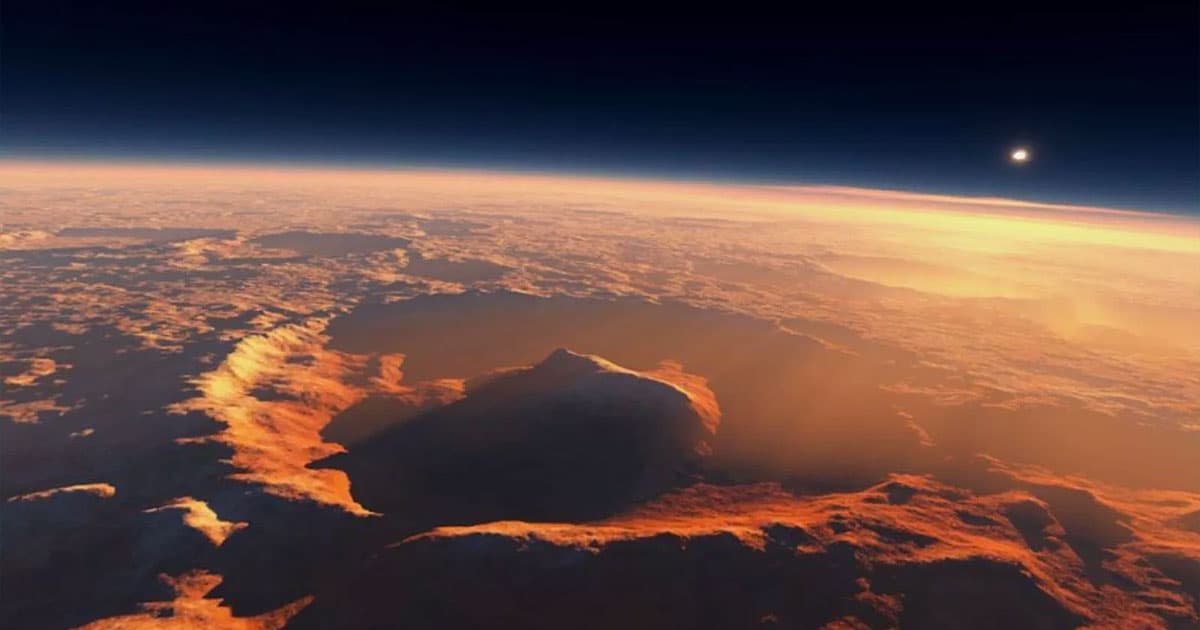 There are reports of a major cosmic heist.

New research shows that Mars, once thought to host a methane-rich atmosphere, now seems to be devoid of the organic molecule, Universe Today reports.

If you follow space news, you may recall the excitement in 2003 and 2004 when scientists at NASA and the European Space Agency (ESA) each announced they'd found methane on the Red Planet — and pointed out that it could be a sign of former or even current extraterrestrial life. The finding was again corroborated in 2014 by NASA's Curiosity rover.

But now recent atmospheric surveys call into question the presence of the gas, according to research presented last week by American and European astronomers at the 2018 Fall meeting of the American Geophysical Union.

Here's what we know: The ESA's ExoMars Trace Gas Orbiter (TGO) reached its orbit around Mars in 2016, when it began its mission to monitor and analyze the Red Planet's atmosphere. Though scientists expected the TGO's extremely sensitive sensors to pick up on atmospheric methane, it has yet to detect any at all.

The orbiter is capable of detecting trace amounts of methane — concentrations as low as 50 parts per trillion — at any elevation in Mars' atmosphere. And yet it came back with bupkis.

However, the scientists working on the project concede that these are preliminary results. There's still plenty of noise to clean out of the data and more analysis to be done.

These preliminary findings demonstrate a classic example of how the absence of evidence is not the same as the evidence of absence. It is far too soon to throw out all of the evidence for Martian methane. The scientists behind this TGO research are confident that the orbiter's sensors are working correctly and that NASA and the ESA's previous methane findings couldn't all be incorrect, according to Universe Today.

It's possible, according to the scientists, that methane seeps out of Martian soil rather than originating in the atmosphere, which would make it easier to detect with a rover than an orbiter like the TGO.

Needless to say, this is far from an open-and-shut case, and we're likely to learn more about Mars' atmosphere as the TGO team finalizes its results.

READ MORE: Remember the Discovery of Methane in the Martian Atmosphere? Now Scientists Can’t Find any Evidence of it, at all [Universe Today]

More on the search for methane: Scientists Need to Solve These Two Mysteries to Find Life on Mars

Read This Next
Shoo
Scientists Warn Giant Asteroid Is Actually Swarm, Nearly Impossible to Destroy
A Sip of Opal
NASA Discovers Precious Gemstones on Mars
Moon Wrestling
The Head of NASA Is Scared Chinese Astronauts Will Seize Portions of the Moon
Shot Well
Head of NASA Relieved to Hear Elon Musk Isn't REALLY Running SpaceX
Little Boxes
One Silly Little Detail Is Reportedly Delaying Artemis II by Years
More on Off World
Killernova
6:10 PM on the byte
Scientists Find "One in Ten Billion" Star System Primed to Explode in Titanic Kilonova
Lonely Planet
Yesterday on futurism
Scientists Find Nearby Planet the Same Size of Earth, Plan to Search It for Life
Take Cover
Feb 4 on the byte
Space Startup Blows Up Another Giant Inflatable Space Station Module
READ MORE STORIES ABOUT / Off World
Keep up.
Subscribe to our daily newsletter to keep in touch with the subjects shaping our future.
+Social+Newsletter
TopicsAbout UsContact Us
Copyright ©, Camden Media Inc All Rights Reserved. See our User Agreement, Privacy Policy and Data Use Policy. The material on this site may not be reproduced, distributed, transmitted, cached or otherwise used, except with prior written permission of Futurism. Articles may contain affiliate links which enable us to share in the revenue of any purchases made.
Fonts by Typekit and Monotype.