Scientists laid out the next steps in the search for extraterrestrial life. 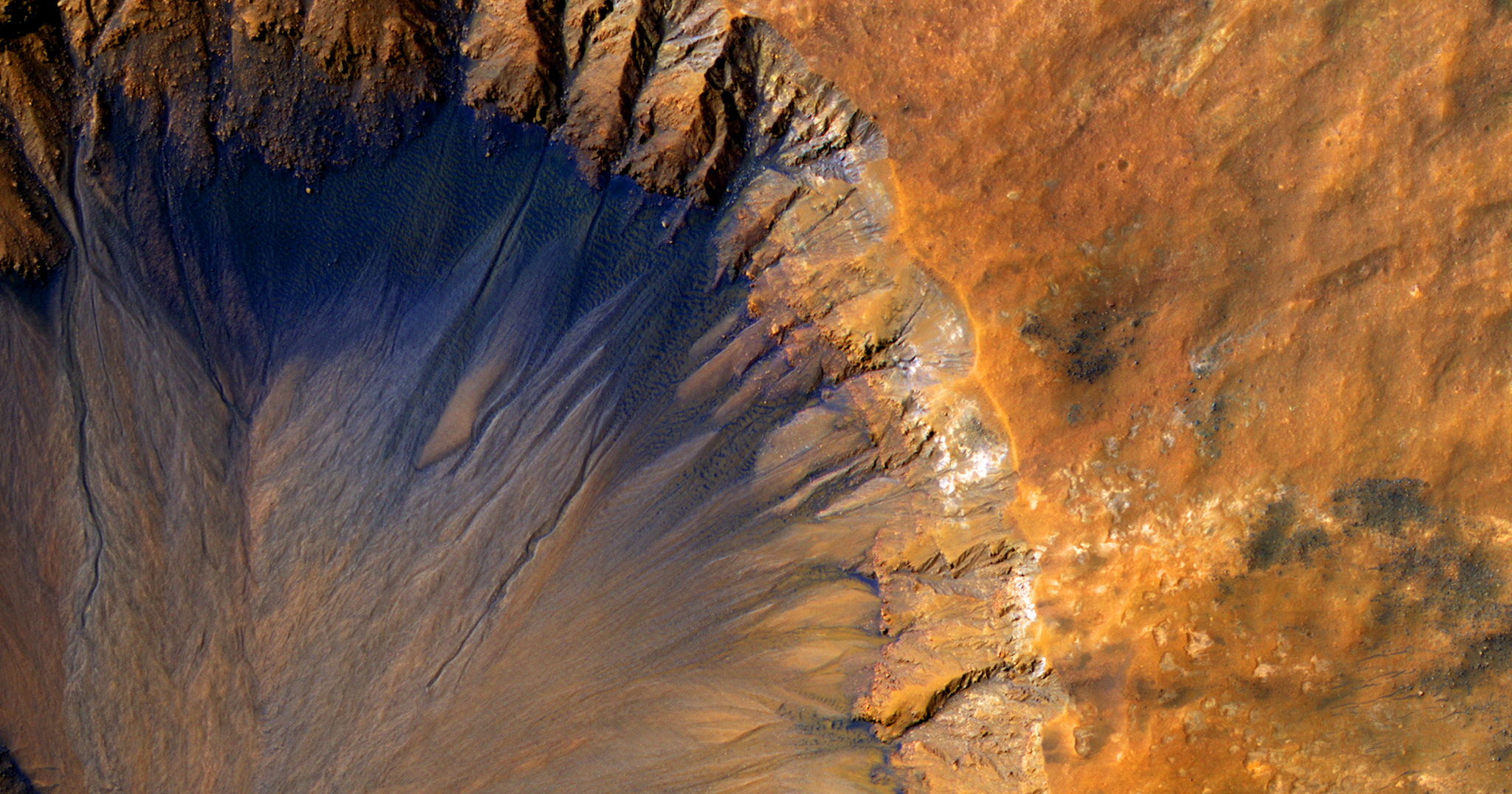 Image by NASA/JPL-Caltech/University of Arizona

Back in June, NASA revealed two mind-blowing facts: that there is organic matter on Mars, and that levels of methane in the planet's atmosphere ebb and flow over time. It's pretty exciting news that shook our understanding of astrobiology. And while this isn't necessarily proof that aliens are out there, much of our terrestrial methane was produced by living things. And as any child can tell you, if you smelled it, someone must have dealt it.

The recent methane findings “confront us with robust data that demand interpretation,” a team of international scientists wrote in a study published last week in Astrobiology. The study authors have done just that — they sorted out what measurements, experiments, and missions NASA and other space organizations should prioritize as they seek more evidence that Mars does (or did) support life.

In short, the scientists want to study Mars’ geological activity. They want to understand the relationship between these newly discovered organic compounds and the fluctuating methane in the atmosphere. Their goal is to find traces of other molecules and gases that might make it possible for some primitive, microscopic life forms to survive beneath the planet’s surface. Here's what exactly they're looking for.

When we eat, our bodies pull energy out of our food through chemical reactions that create a back and forth flow of electrons and oxygen atoms between molecules. This back and forth is necessary for fueling our bodies — all living things do it. But because of Mars' extreme atmosphere, this balance doesn't exist. The atmosphere is so strongly oxidizing that these reactions would only happen in one direction. Any living thing on Mars would be reacting so strongly with the air that it wouldn't be able to survive. The researchers are looking for components in the Martian atmosphere that would balance out that reaction, which would make life possible.

Two: Source of the Methane

The next step towards understanding whether Mars could have ever hosted life, the researchers suggest, is to dig beneath the surface of Mars in order to figure out where all this methane is coming from. While living things on Earth produce methane as they digest food, that’s not the only way the gas could emerge in an atmosphere. NASA's upcoming InSight mission will probe beneath the surface of Mars. It's primarily geared towards learning about seismic activity, but who knows what it might discover along the way.

Our best guess for why Mars' methane levels fluctuate? The seasonal freezing and thawing of ice, which traps and releases methane over time (we know this from data from the Curiosity rove). But there’s no easy way to tell how long that methane has been there or whether more is being generated. And that means finding the source of Martian methane is more complex than pulling the finger of a little green alien.

By examining the chemical composition of subterranean samples and taking more atmospheric measurements, scientists would be able to learn whether this methane came from biological processes or complex chemical reactions that don’t involve life at all.

The researchers behind this plan aren't suggesting it because there's super compelling evidence that Mars supports life. In fact, as astrobiologist Caleb Scharf once asserted, it is far more reasonable to assume that it does not exist anywhere other than Earth. After all, that's the only place we know for sure has got it.

But if, by some fantastic chance, there are some microbes hiding under the planet’s surface, or if there used to be some form of life on Mars, the study authors' strategy likely represents our best chance at finding it.

Read This Next
A Sip of Opal
NASA Discovers Precious Gemstones on Mars
Martian Oases
Scientist Proposes Growing a Forest Inside a Bubble on Mars
Monkey Business
China Plans to Send Monkeys to Space Station to Have Sex With Each Other
Big Impact
Meteorite Hit Mars So Hard NASA Thought It Was a Quake
Overview Effect
William Shatner Says His Space Trip Left Him With a Feeling of Terrible Grief
More on Off World
Grrrrrrrr
4:06 PM on the byte
Internet Erupts as NASA Spots Cartoon Bear on Surface of Mars
Gl1tc4
2:44 PM on the byte
NASA Says Another James Webb Instrument Has Suffered a Glitch
comet Spotting
2:06 PM on the byte
Behold! Dazzling Green Comet Approaches
READ MORE STORIES ABOUT / Off World
Keep up.
Subscribe to our daily newsletter to keep in touch with the subjects shaping our future.
+Social+Newsletter
TopicsAbout UsContact Us
Copyright ©, Camden Media Inc All Rights Reserved. See our User Agreement, Privacy Policy and Data Use Policy. The material on this site may not be reproduced, distributed, transmitted, cached or otherwise used, except with prior written permission of Futurism. Articles may contain affiliate links which enable us to share in the revenue of any purchases made.
Fonts by Typekit and Monotype.