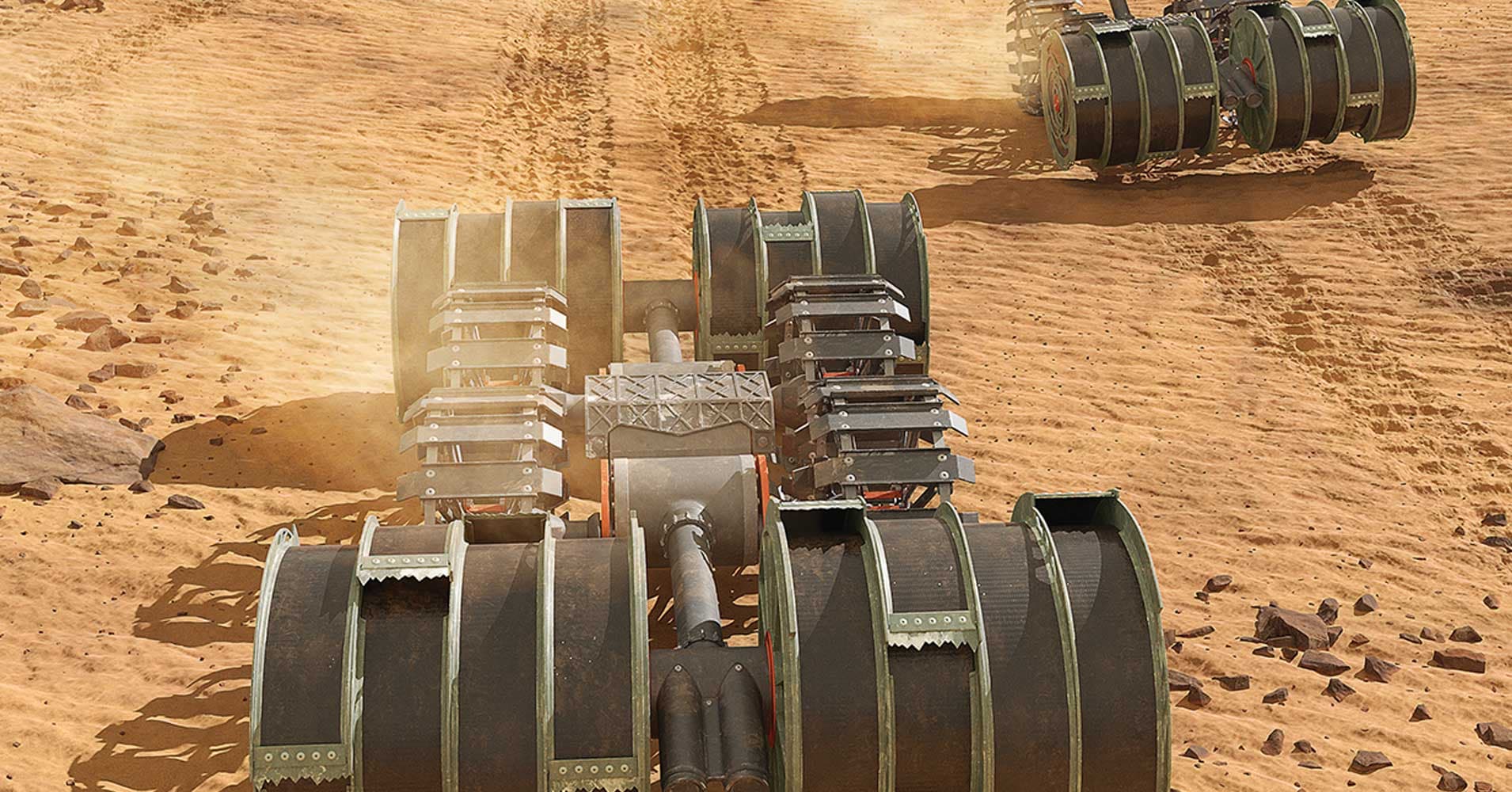 A major problem with Mars missions: Bringing enough fuel for a return journey.

In a striking new first-person account in IEEE Spectrum, NASA team lead Kurt Leucht writes about how the space agency is hard at work on a potential solution he hopes will let future Mars missions — or even colonists — extract rocket fuel from Martian soil.

Leucht's team calls the system "in situ resource utilization," or ISRU, but he prefers to call it a "dust-to-thrust factory."

The idea is that the ISRU will extract water from regolith — that's a fancy name for Mars' distinctive red soil, which scientists believe contains trace amounts of water — and use electrolysis to strip it into hydrogen and oxygen. Then it'll combine the hydrogen with carbon from the Red Planet's atmosphere to make methane, which can work as a rocket fuel.

NASA plans to send the ISRU system ahead of a human Mars mission, along with robots that'll gather soil from the planet's surface. A few years later humans will come along, stay for a while, and eventually use the fuel it produced to fly back home.

"This technology will one day allow humans to live and work on Mars," he wrote, "and return to Earth to tell the story"

READ MORE: How NASA Will Use Robots to Create Rocket Fuel From Martian Soil [IEEE Spectrum]

More on fueling up Mars missions: NASA: “We’re Going to Try and Make Oxygen From the Atmosphere on Mars”