No amount of vacuuming is going to help with this stuff. 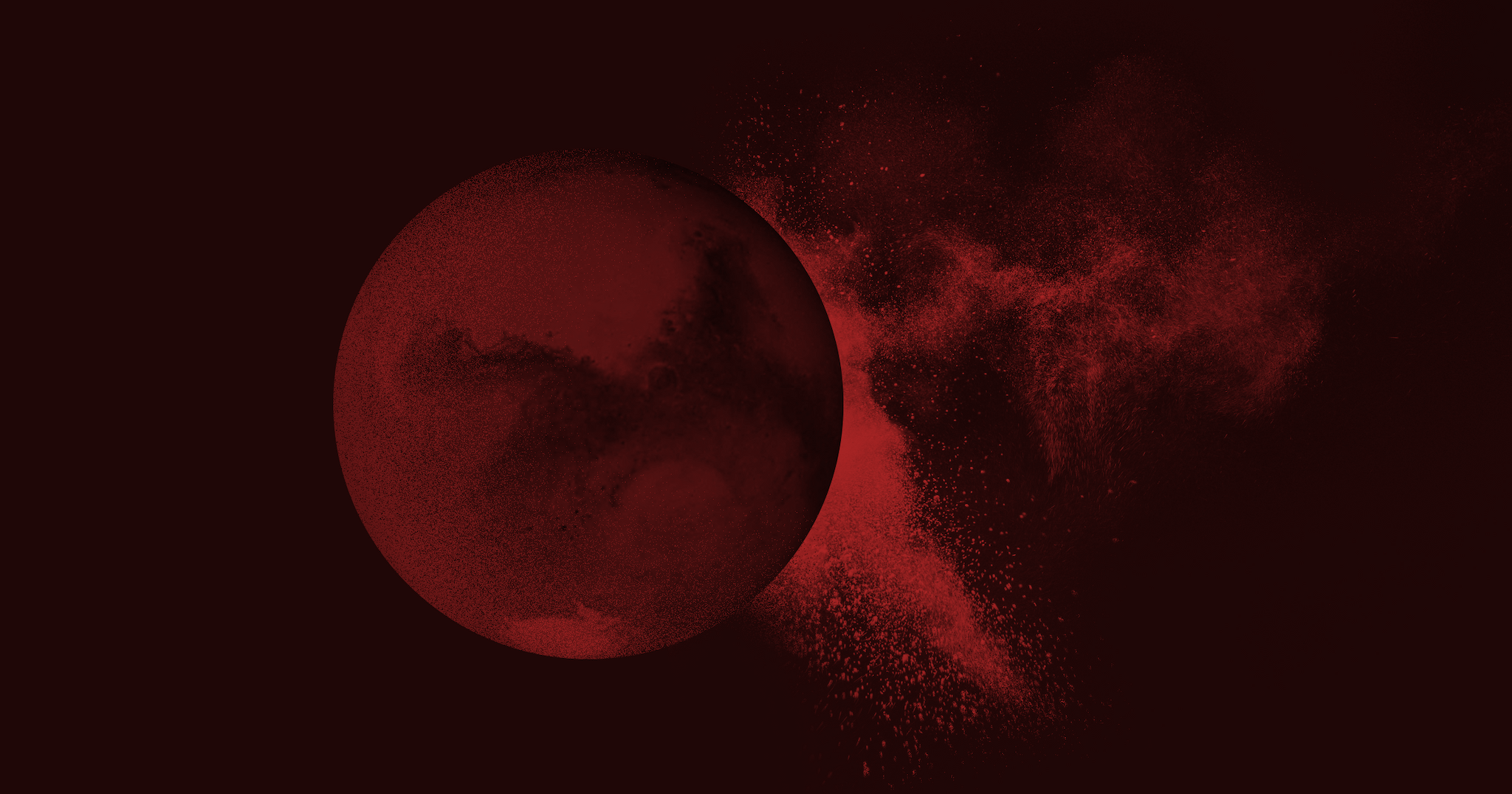 The Moon and Mars are not hospitable places for human explorers. The temperatures fluctuate between impossibly cold and boiling hot; there's no breathable atmosphere, food or drinkable water; and we're separated from these destinations by the dangerous vacuum of space.

These are big causes for worry, no doubt. But the biggest health risk for extraterrestrial explorers might actually be something tiny: dust.

Since they've got no water and have had billions of years for their rocks to break down, both the Moon and Mars are absolutely chock-full of dust. During the Apollo missions, the astronauts were constantly tracking this extraterrestrial dust back into the ship after sojourns on the lunar surface; when astronauts Pete Conrad and Alan Bean came back from an eight-hour moonwalk, the inside of the Apollo 12 lander was so dusty they called it "a coal mine."

Several lunar explorers told doctors that moon dust made them sneezy and watery-eyed. In a recent study, scientists found that it could do a lot worse: simulated lunar dust caused cell death and DNA damage in human and mouse cells in the lab. The researchers aren't really sure why the dust caused harm, though they speculated it might be something to do with the shape of the tiny pieces.

Mars, meanwhile, is famous for its dust storms (you might remember, one served as the catalyzing event for the plot of the book and film "The Martian"), which have been known to cover areas the size of Earth's continents — and even, on occasion, the entire planet — for up to a month at a time.

But the problem with extraterrestrial dust isn't just its abundance. It's its size: Moon and Mars dust is much, much smaller than dust found on Earth, so small that it threatens to make its way into astronauts' lungs. It's also so dry that it flies everywhere at the slightest disturbance (the lack of gravity isn't much help there). And that dryness also makes it electro-statically charged — meaning it sticks to everything. Perfect.

This makes moon dust incredibly persistent. Apollo astronauts found that moon dust was able to slip past suit filters and zippers, and collect on instruments, causing them to overheat.

“You realize they were only there a couple days and many of their systems were near failure,” Greg Gentry, a Boeing engineer who worked on life support for the International Space Station, told Medium about Apollo 12. “A big reason was the dust environment.”

Research on Mars dust has yielded similarly worrisome results. The state of Mars rovers after dust storms shows that the stuff is just as sticky and pervasive on the Red Planet as the Moon; equipment for the planet had to be specially designed to keep moving even as dust settles on it. (In the future, dust will also be a serious consideration if astronauts plan to use solar power — the panels would be constantly need to be cleaned and would not be functional during dust storms.)

Mars rovers investigating the planet's geology have also found the dust likely contains perchlorates, a chemical known to harm the human thyroid, as well as minerals like gypsum that can build up in the lungs — on Earth, similar particles cause serious conditions for coal miners. Rovers have also found traces of even more dangerous heavy metals, like carcinogenic hexavalent chromium.

So how will future astronauts cope? The good news is that technology has certainly advanced a lot since the Apollo missions, and the sort of high-tech ionizing and filtration systems we see in Earth-bound laboratories and clean rooms could be used in Moon and Mars habitats to keep them dust-free. A 2013 paper also suggested that future astronauts should take the same precautions as heavy metal miners when dealing with Mars dust, spraying down their suits in a specialized room to remove the stuff — and regularly monitoring their blood levels to test exposure.

In the distant, distant future, we may no longer have to deal with extraterrestrial dust if we can figure out how to terraform, the process by which many people hope to eventually make Mars a lot more like Earth. Terraforming would warm up the planet, thicken the Martian atmosphere, and allow liquid water to remain on its surface, which would moisten Martian dust and — with the help of plants and other organic material — help transform it into a thick soil more like that which we see here on Earth.

And if that fails, we could probably just invest in a giant Roomba to suck all that dust away.