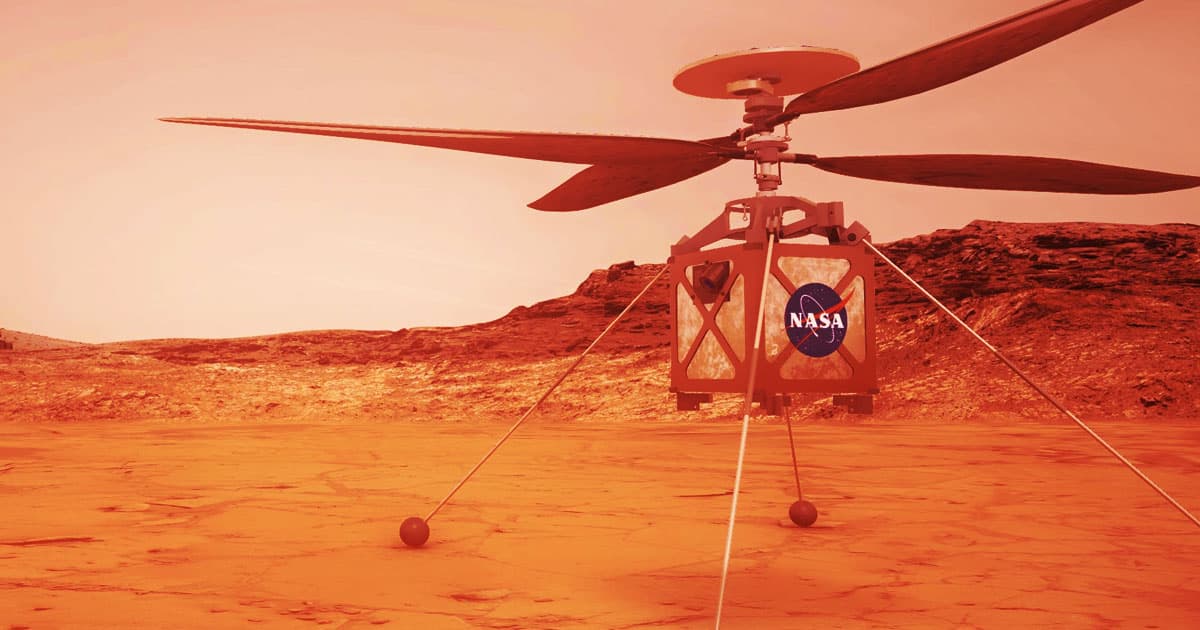 NASA Installs Autonomous Mini-Helicopter on Its Next Mars Rover

It's headed to Mars next year.

It's headed to Mars next year.

NASA engineers just loaded a tiny, autonomous helicopter onto the rover it's sending to Mars next year.

The chopper, first announced last May, will detach from the rover and fly off on its own, hovering as it explores the surface of the Red Planet. All that's left before the July 2020 launch is a few more checks and tests, according to Spaceflight Now — like making sure the rover-drone rig holds up against the vibrations that will occur during launch.

The drone already passed a number of tests, showing that it can likely survive the harsh Martian environment. Once it gets there, though, its role will still be largely experimental.

Back in its May 2018 announcement, NASA suggested that the drone could scan for ideal landing zones and perhaps even search for signs of life. But Spaceflight Now's reporting suggests the space agency is dialing things back for now.

"Our job is to prove that autonomous, controlled flight can be executed in the extremely thin Martian atmosphere," project leader MiMi Aung said in a NASA press release. "Since our helicopter is designed as a flight test of experimental technology, it carries no science instruments. But if we prove powered flight on Mars can work, we look forward to the day when Mars helicopters can play an important role in future explorations of the Red Planet."