After 6.5 months of space travel, InSight has finally made it to Mars. 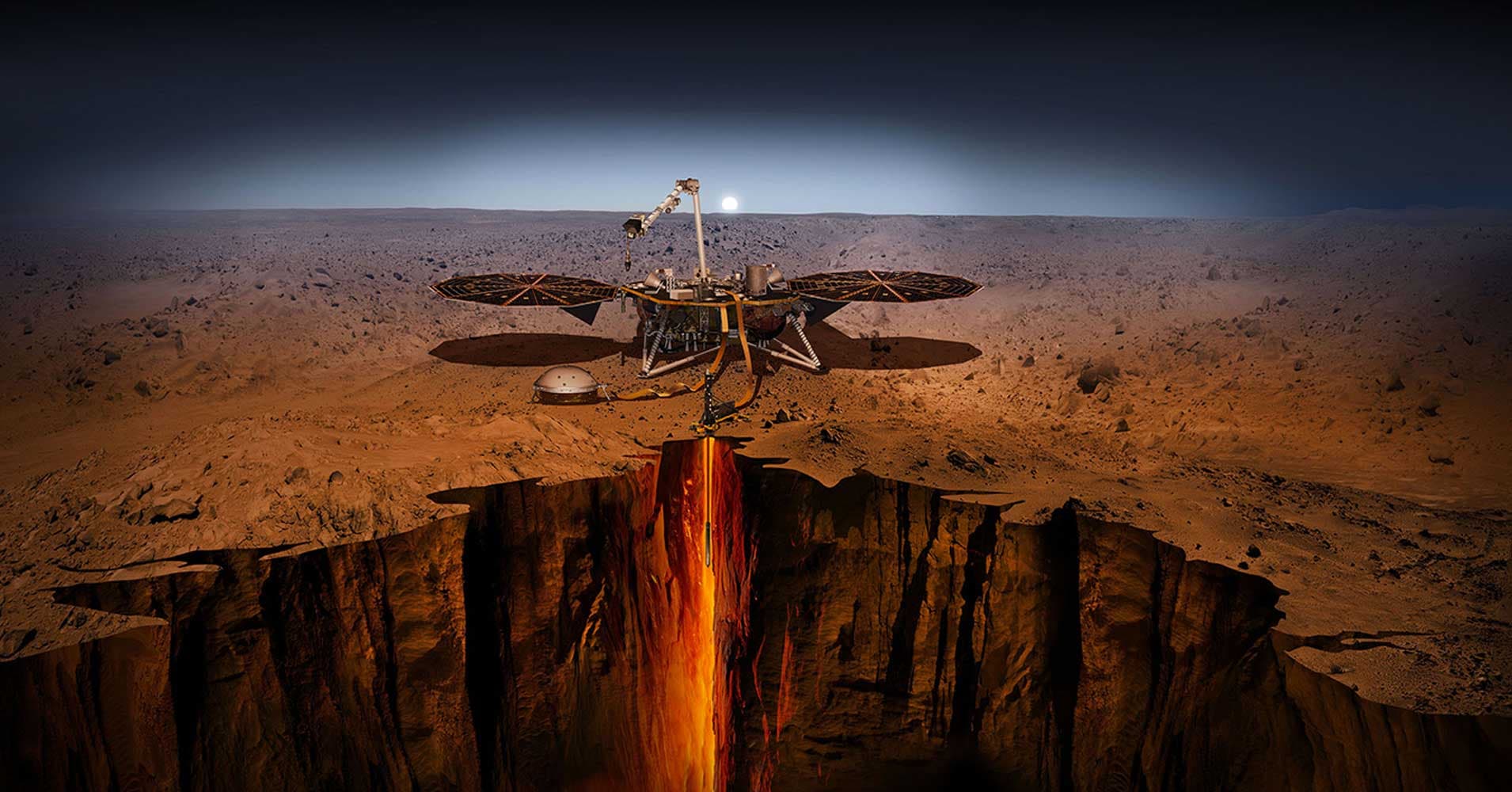 It took six and a half long months of space travel to reach the Martian surface, but NASA's InSight Mars Lander has finally made it.

The robotic lander had to cover some 300 million miles (483 million km) to get there after it was launched aboard an Atlas V rocket from the Vandenberg Air Force Base in California on May 5.

We don't have to tell you that landing on the Red Planet is not an easy feat: in fact, as Space.com points out, half of all Mars missions have failed to arrive safely in the past.

It's a treacherous landing. InSight reached a breakneck speed of 12,000 miles per hour before slowing to just five miles per hour as it touched down with the help of a supersonic parachute and an array of small thrusters.

Destination: the Elysium Planitia plain — a large, mostly flat surface that straddles the equator, close to some of the largest volcanic regions on Mars.

Pulse of the Planet

The InSight team is planning to glean data about Mars' ancient history. To do so, it's outfitted with:

And Now We Wait

There's still one more big hurdle to overcome: the lander has yet to unfurl its solar panel array to power the instruments on board. We're expecting to know if the lander did so successfully in a few hours.

Then we'll have to wait until InSight actually deploys all its instruments — and finally starts sending some long-awaited data back to Earth.

More on the InSight lander: NASA’s InSight Mars Lander to Investigate Inside the Red Planet