NASA's InSight Mars Lander to Investigate Inside the Red Planet

The mission will give insight into how rocky planets form, and potentially help future colonists live on Mars. 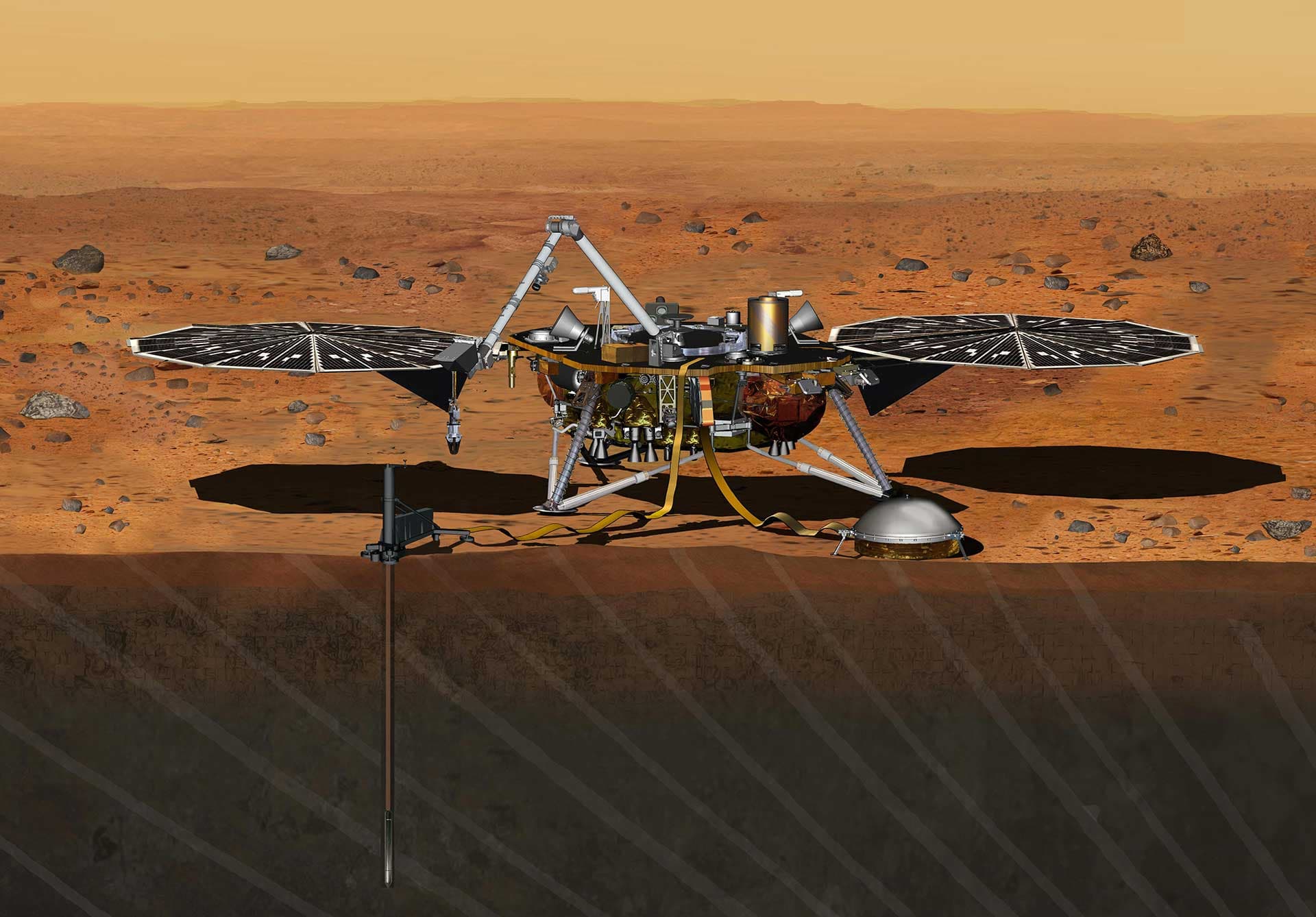 Deep Into The Past

NASA's next mission to Mars will see the spacecraft InSight exploring the deep interior of the Red Planet, in the hopes of discovering more about how all rocky planets — including Earth — formed. Preparations for the 2018 mission have ratcheted up this summer, and NASA says it is on track for a May launch from central California's Vandenberg Air Force Base. This will be the first mission to focus on the deep interior of Mars.

After the spacecraft lands on Mars near the equator, it will place two main instruments permanently on the surface using a robotic arm: a seismometer to detect seismic waves from earthquakes and meteor impacts, and a heat probe to measure heat coming from the core. Scientists hope they will gain insight into the inner layers of the planet using these tools.

Meanwhile, a third experiment will assess perturbations in how Mars rotates on its axis, using radio transmissions in order to make better guesses about the size of the planet's core.

The launch was originally set for March 2016, but problems with equipment necessitated a delay, with the launch rescheduled for sometime during the two weeks beginning May 5, 2018. The lander should reach Mars the Monday after Thanksgiving of the same year.

Depending on what they discover about the Red Planet, NASA may gain more insight into the stability of Mars and its history since formation. This in turn might yield information about its potential for colonization — something on the minds of everyone thinking about Mars today, including Elon Musk of SpaceX, who is partnering with NASA for a 2018 mission. Fans of SpaceX are also waiting for a possible September update on the company's plans for Mars missions, including possible manned flights.