A great way to explore the Red Planet, or a way we all die at the hands of SkyNet? 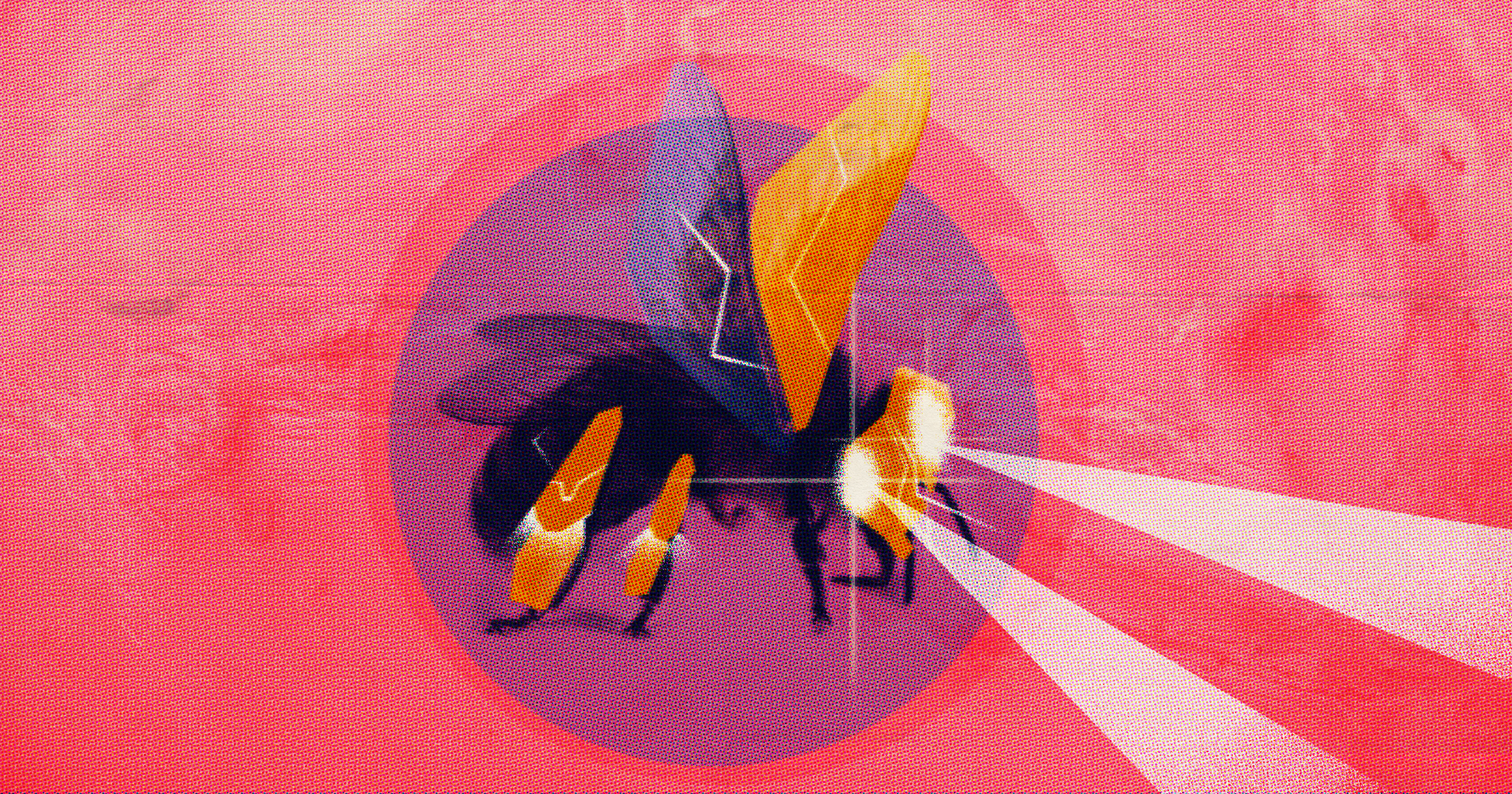 Mars: It's far. Costs money to explore. And right now, we've got a rover just sitting there doing nothing. So NASA's got a new plan for mapping out Mars: Robotic bees.

Exploring potential habitats that are tens of millions of kilometers away with the use of a 3,893 kg (8,583 lb) rover is slow, unwieldy, and pricy — NASA's estimates exhausted its funding reserves with the nearly $2.5 billion rover. But a team of researchers at the University of Huntsville, Alabama recently came up with an alternative that, on paper, sounds like the way we all die at the hands of SkyNet: "Marsbees."

It's actually not-at-all terrifying, and kind of incredible. See here:

You get the idea: Marsbees would be a swarm of "bumblebee size" flapping robots that could cover a far greater distance (with a lot less effort) than a rover could. But that doesn't mean a rover would be left out: a rover would serve as a recharge station and main communications hub for the bees.

One of the Marsbees primary objectives would be to take air samples for the detection of methane emissions (since the Martian atmosphere is mostly made of carbon dioxide, detecting other gases like methane or carbon monoxide is potentially a sign of life, and thus, incredibly exciting). The Curiosity rover previously found extremely low levels of methane on the surface of Mars, but their presence was mostly chalked up to seasonal patterns, not biological processes.

The idea was one of 25 shortlisted proposals submitted to NASA's Innovative Advanced Concepts program. Other proposals on the shortlist include shapeshifting robots that can roll up into a ball and roll on the surface of Titan, and balloon platforms navigating extreme terrains.

"Our preliminary numerical results suggest that a bumblebee with a cicada wing can generate sufficient lift to hover in the Martian atmosphere," writes Chang-kwon Kang, Assistant Professor at the Mechanical and Aerospace Engineering of The University of Alabama in Huntsville in a NASA blog post. Since the Mars environment is so thin (only one hundredth to one thousandth that of sea level atmospheric pressure on Earth), there's not much air for wings to push a flapping robot along. But luckily, gravitational pull is only a third on Mars. NASA scientists are hoping to take advantage of this, and are planning to recoup wasted energy with a sophisticated energy harvesting mechanism.

The advantages of having a rover like Curiosity be swarmed by robo-bees are plenty: a swarm of mobile flapping robots would be far more flexible, and resilient — a single bee getting swept up in a dust storm, in other words, wouldn't be a big deal. Navigating the rocky, and mountainous surface would also be easier exploring the planet by air. Multiple bees could also form a network of sensors, improving the accuracy of their findings.

The Huntsville team is proposing to link up with a Japanese team of researchers to make the Marsbee a reality, and given the fact that the Japanese team has already developed a hummingbird Micro-Air Vehicle that’s “one of only a few robotic flappers in the world that can fly on Earth,” the swarm might be a reality sooner than you think.

Which means more Mars, potentially, for us. Or at least information about it. Elsewhere, sorry, melissophobiacs: Your apocolypse is more inevitable than ever before. Enjoy that.